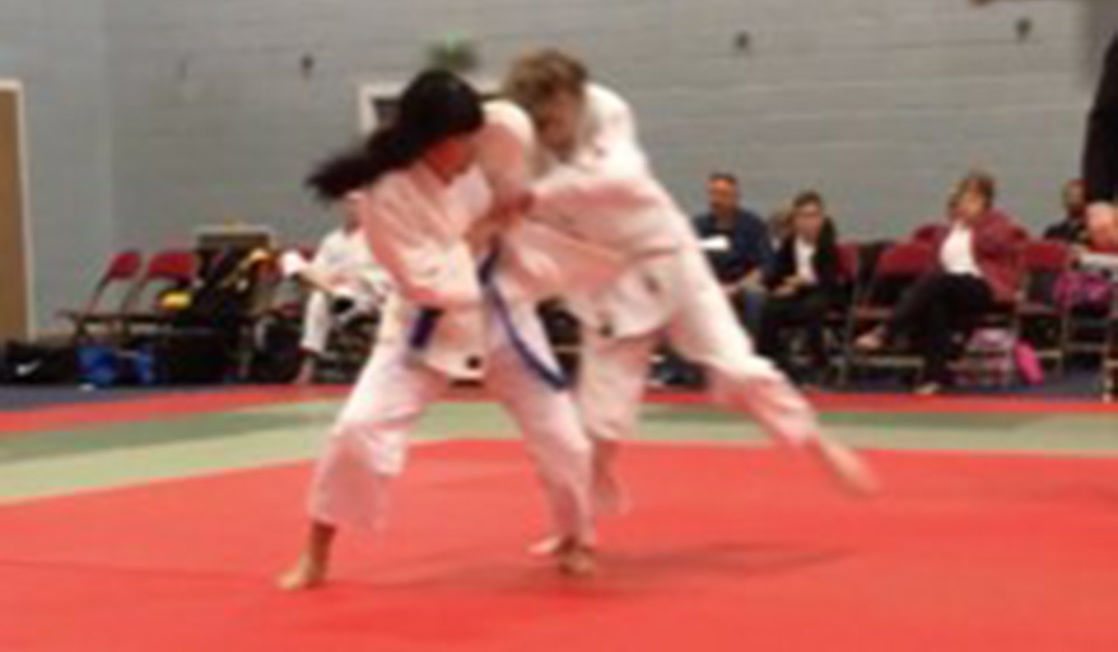 Pupils fight to the end at Judo Championships

It’s been a busy weekend for Judo as pupils from the senior and prep school attended the Kazoku Judo Championship Cup held at Truro College, which was a level three event.

For Lulu Clayton, this was her first Judo competition. An amalgamation of weight categories meant she had two opponents. She started very well in her first contest putting in some good attacks matching her opponents, even after being taken down to the ground she managed to escape two good attempts at pins. Unfortunately after a good attack Lulu was taken down to the ground and lost to a strangulation.

Lulu’s second opponent showed her experience in Judo and countered a good attack from Lulu with a great technique early in the contest. Against two competitors three belts higher, Lulu showed fantastic ability after less than a year of Judo, and returns with a silver medal in her weight class.

For four Prep School pupils this was a new experience and learning curve. Everyone gave their best, and fought brave and hard.

Harriet moved up in to a new weight group for the first time, and won gold.

Beth, in a hard group of talented girls, won Silver.

Toby, who had not experienced this level of competition before, finished fifth in his weight group and did extremely well winning two fights out of four in a group of nine.

Olliver, who also had not competed at this level, having only competed in level one competitions before, fought determinedly and keen for more competitions.