"A happy, nurturing school where children receive a carefully balanced offering of excellent academic provision and inspiring extracurricular adventures. A glittering gem of a school in a highly popular part of the country."

What The Good Schools Guide says

Head of Prep
Since September 2016, Sarah Patterson BEd (50s), previously deputy head at The Junior King’s School, Canterbury. Exudes warmth. Her office is an eclectic ‘life’s path’ gallery to her impressive global teaching experience, the inspiration from which she professes to ‘continually tap into’. A soft welsh lilt alludes to her early childhood in Wales followed by two year ‘junior high’ education in the USA. One of four siblings, her father was a teacher and, with her family’s move across the Atlantic, she saw from an early age the vast difference between schools around the globe. Immediately after her teacher training in Birmingham, she made it her mission to experience as many schools as possible to inspire her own approach.

First stop was Bournville Junior School, known for opening up education up to all those associated with the Cadbury’s factory. Next up was Banda School in Nairobi where she spent four years revelling in the ‘absolute freedom’ of the curriculum. Head of English at St John’s College School in Cambridge followed, where she spent five years ‘defining what I stood for in education – opening my eyes to the power of a balance between pastoral care and academic rigour.’ It was, she says, the role that ‘shaped me as the head that I have become’. Adventure beckoned again, this time taking her to The Grange School in Santiago, Chile, where she spent eight years as director of studies and then deputy head (academic) before joining King’s in 2012.

‘She is the living, breathing soul of the school,’ said a parent. Enfolds every pupil with a sense of love, support and encouragement: ‘I am constantly saying to them, “Do you know how important you are and how much you matter?”’ Spending just five minutes walking the corridors with her is enough to see that this isn’t just puff. From asking for an update on the progress of one child’s creative writing project, to discussing with another how their new pet chickens are settling in, she is on top of everything in their lives and they glow in her attention.

Was outside school to welcome and wave goodbye to every pupil during the pandemic. ‘She stood there in the freezing wind and torrential rain gallantly singing Happy Birthday at the top of her voice to my daughter,’ said one parent. ‘All nerves of the first day back in school for a long time were immediately smoothed with the hugest of smiles from us all.’

Entrance
Pre-prep: Children can join from the half term after they turn 3. Nursery is viewed ‘not as child-care but a place to gently start learning,’ with a focus on phonics and number work, with one teacher and two assistants. Capped at 32 places per year group and taught via two classes of 16 from reception until the end of year 2 with one teacher and one TA per class.

Prep: From year 3, entrance is assessed via tests in English, maths and NVR, plus interview with the head. Year groups then grow with 60 per year group by years 5 and 6, taught in three classes.

Exit
Over 95 per cent move on to the senior school, based on a recommendation from the head: ‘The senior school is academically demanding and if I felt a pupil would legitimately struggle to thrive there, I would never suggest it.’ The entrance exam is still sat but only for assessment purposes (with the exception of those starting in year 6 who sit the base line entrance exams alongside external applicants). Familiarity with the senior school is slowly enhanced from year 2 science days in the ‘big labs’ to year 5 and 6 who have swimming lessons in the larger school pool. Friday sport sessions on the senior Astro turf and pupils put on their end of year play in the impressive Burrell Theatre. Plus the full official transition day – last one was a murder mystery to hunt down the poisoner of the head!

Our view
Turning off the busy Truro ring road down a long tree-lined drive, you find yourself in an idyllic, 10-acre setting surrounded by local golf course, extensive woods and sports grounds. Despite the central location, it couldn’t feel further from the bustling city.

Our initial concerns of stray golf balls and conversations over the low fence with players were laughingly swept away by our year 6 guides: ‘We are absolutely not allowed to talk to the golf players,’ said one. ‘And we rarely find a ball in the school grounds!’ Instead – and far more importantly – the vast evergreen trees between the golf course and the pitches are apparently the hub of den games with groups building and defending wooden base camps every break.

Originally known as Treliske School, it was founded as Truro School’s prep in 1936. The Victorian main school building is a grade II listed manor house with a wealth of period detail. A modern, light building to the rear includes six classrooms, a music/drama studio and an assembly hall. Outside, there’s a Forest School, well used vegetable garden and apple orchard, all maintained by the children with the produce used at meal times and in cookery lessons. Nursery and pre-prep get their own spacious contemporary building separate from the main school with wrap-around wooden terraces and outdoor play areas, gardens, a central playground and old trees to climb, all within its own gated grounds.

‘We are not an academic hot house but our results are above, and often way above, the national norms,’ says head. Indeed, academic standards are high, with teachers praised for their ‘brilliant encouragement’. A good blend of male and female staff, with subject specialist teaching from year 4. ‘They all seem so positive and happy in their roles and this is reflected in the children,’ said a parent. Setting in English and maths from year 4 – ‘We do this for wellbeing reasons, there is absolutely no need for anyone to constantly feel as though they are failing and can’t keep up’ says head. ‘No one set is cleverer than the other and we all just accept that we work at different speeds in different subjects,’ said a pupil. French taught in years 1 and 2, German in year 3, Spanish in year 4 and a return to French in years 5 and 6.

Science involves plenty of practical experiments and access to the senior school labs for older pupils to foster familiarity and excitement. Geography, history and RE are taught together as one subject to offer the ability to contextualise and explore specific issues, events or periods of time. Outdoor opportunities are rife and encouraged every muddy step of the way, with the younger years seeing them routinely timetabled into their week and all pupils from year 3 upwards having a whole afternoon dedicated to these adventures in a replica of the same system at the senior school. Specialist teachers supply a solid Forest School programme: ‘I wish we could do even more of it, it is just the best fun!’ said a pupil. After school options for all age groups, including kayaking, bushcraft, sailing, surfing, LAMDA, dance and bikeability.

Year 6 ‘is a fantastic year,’ we heard, with all taking the Truro Prep Diploma, a mix of core academic subjects, humanities, performing arts, creative arts, sports and outdoor activity and life skills (including IT, languages, first aid and cooking). ‘A good, solid preparation for life in the senior school.’

Learning support department is led by the SENDCo and supported by two part-time staff working across both the prep and senior school. All year 3 pupils (and any new starters who join later) take a diagnostic test – ‘hugely enlightened and reassuring,’ said a parent. Covers moderate dyslexia to mild ASD.

The art studio perches in a light filled atrium overlooking the playing fields, full to the brim with explosions of colourful creations while, in the bespoke design studio, pupils were creating impressive pewter pendants. Lovely to see them showing off each other’s work, not just their own.

Plenty of choirs, orchestras, bands and performance opportunities. School is the Truro Cathedral choristers’ school (with a 25 per cent choristers’ scholarship). Compulsory learning of one instrument for every pupil in year 4, aiming to give them the chance to perform as an ensemble by the end of the year.

Dramatic arts are a key focus too, with parents praising the ‘extraordinary quality’ of productions. ‘It was like watching a professional show and everything, even the orchestra, was the work of the pupils,’ said one. Includes a nursery to year 2 nativity show, an annual production for years 3-6 and a big summer production for the year 6 pupils.

This is a sporty school. All key sports on offer until year 5 ‘where things become a bit more gender specific’. Hockey, rugby, rounders, cricket, football, netball and athletics are all coached to a high standard with, agree pupils, ‘loads of opportunities to play in a team’: A, B and C in many sports with the emphasis on encouraging ‘balance, breadth and wellbeing’. Everyone learns to swim in the on-site pool by the age of 7. Like the senior school, which runs a fencing elite academy programme, the prep is excellent at fencing. The only downside, true for all schools in Cornwall, is the long journey time to and from matches; that said, pupils travel as far as Exeter and Taunton and compete well at venues such as Millfield in IAPS tournaments.

Pupils are a happy, bubbling bunch, displaying enthusiastic pride in their school. There’s a huge sense of community and friendship combined with an adventurous spirit of fun. Families come in from across the county and reflect the community mix, many local to Cornwall but increasingly large numbers moving down to the area. The school goes out of its way to help new families to find their feet. ‘Cornwall is not the easiest place to settle due to its remote location and closeknit communities but the school scooped us up as a family, put their arms around us and made everything okay, it has been a life changing choice of a school,’ said one parent.

The distance between the prep and senior school is only a few miles but ‘it is an unpredictable traffic nightmare,’ according to parents with children at both. A shuttle bus between the two, enables parents to drop siblings at one school with prep school staff accompanying younger pupils.

For lunch, everything is cooked inhouse – organic and local food where possible and served up café style. Navy uniform is smart and practical and everyone keeps a pair of wellies in school for rainy days – a good job as there are quite a lot of them.

The last word
A happy, nurturing school where children receive a carefully balanced offering of excellent academic provision and inspiring extracurricular adventures. A glittering gem of a school in a highly popular part of the country. 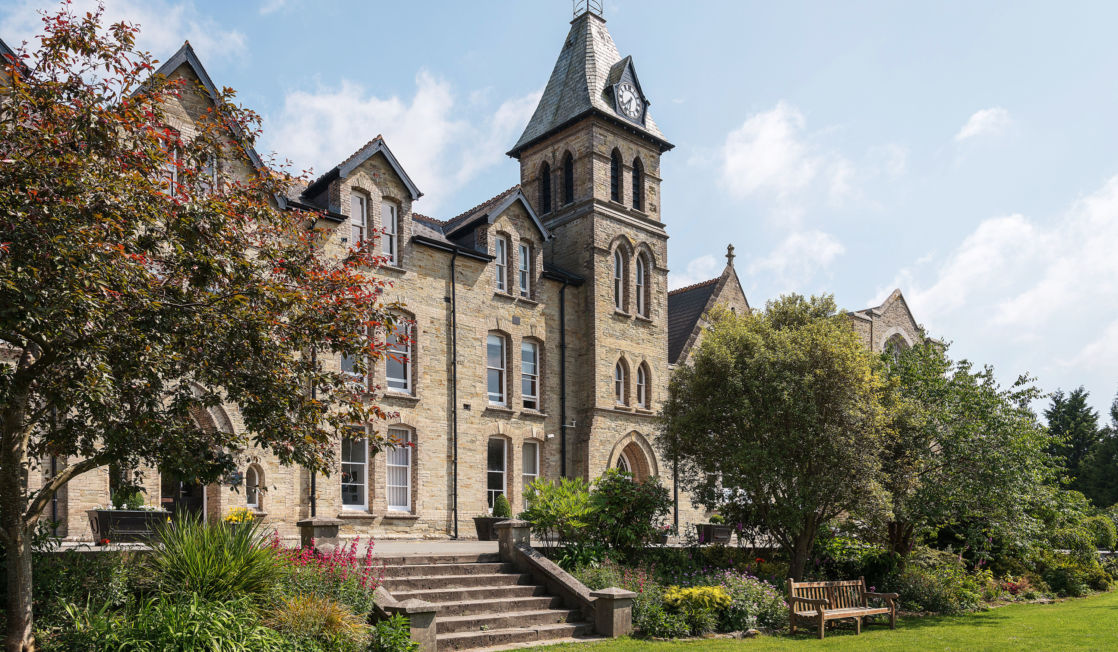 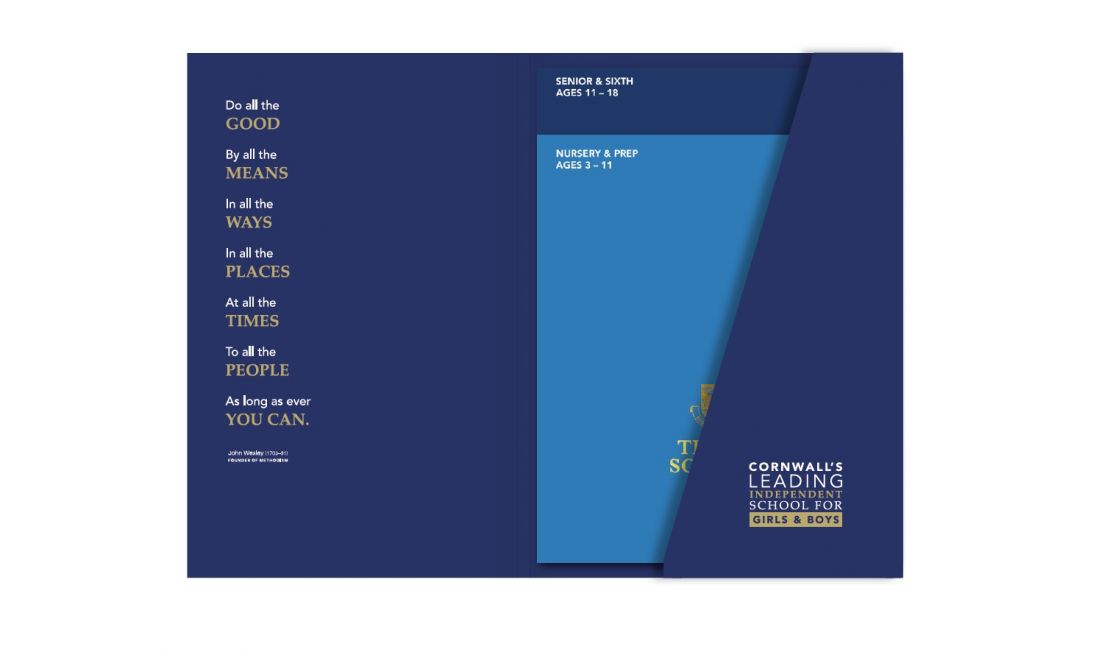 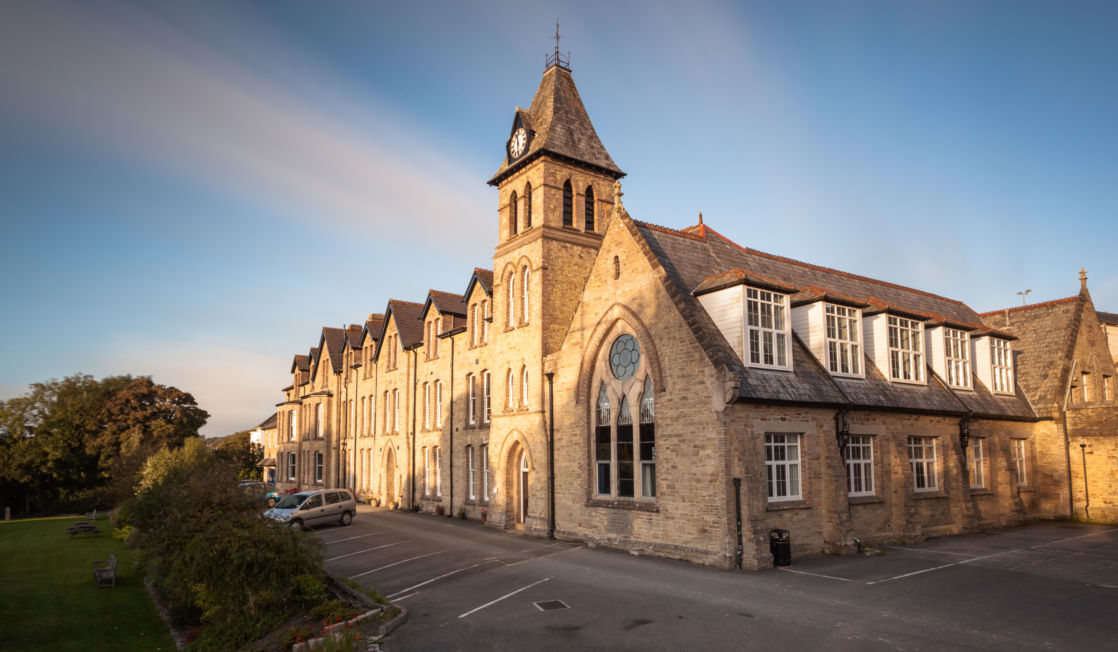