The top team players started off the afternoon with an intense two hour training session with coach Jared London, who is the current Cornish No.1. This boosted their preparations for the National Schools Championships as the KS3, KS4 and KS5 teams have all qualified for the next stage. Having finished as national runners up last year, the KS4 team are working hard to claim the national title this year.

After school, the young players had an inspiring visit from squash legends Nick Matthew and Mohamed El Shorbagy who have both been World No. 1 and they have four World Championship titles between them. Around 40 pupils got on court with Nick & Mohamed having the incredible opportunity to play two of the best players on the planet.

In the evening, Truro Squash Club hosted an impressive exhibition match featuring Matthew and El Shorbagy. As part of the warm up to the main event, school players Louis Murray and Joe Thompson each played a game against Matthew which was quite an experience for the boys. They both played some fantastic squash, won some impressive points and should feel really proud of their performance.

The afternoon was organised by head coach Tim Smith.

Squash at Truro School is continuing to go from strength to strength and we are very excited to see what our players will achieve in 2020. 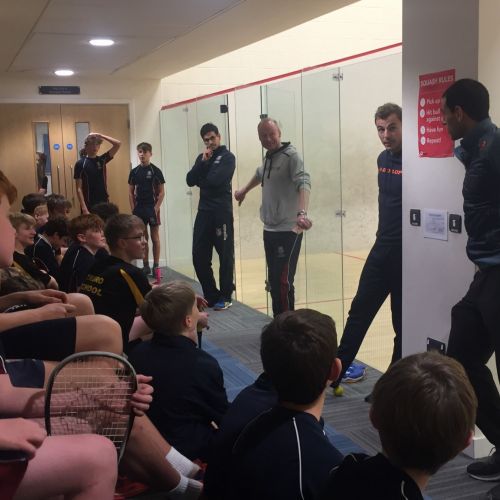 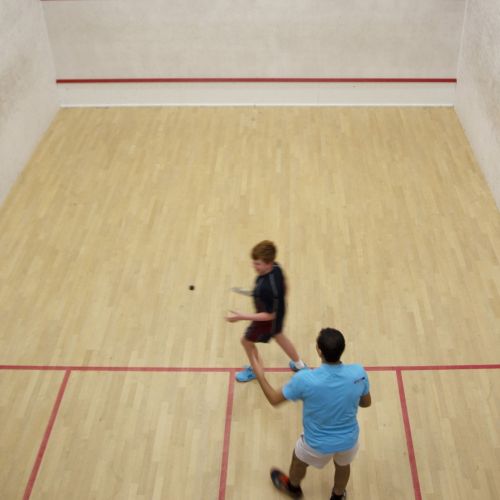 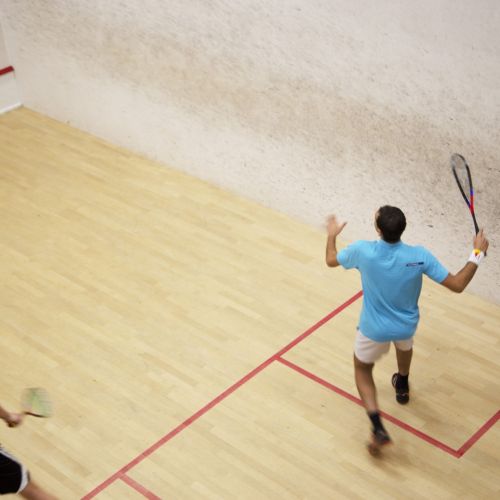 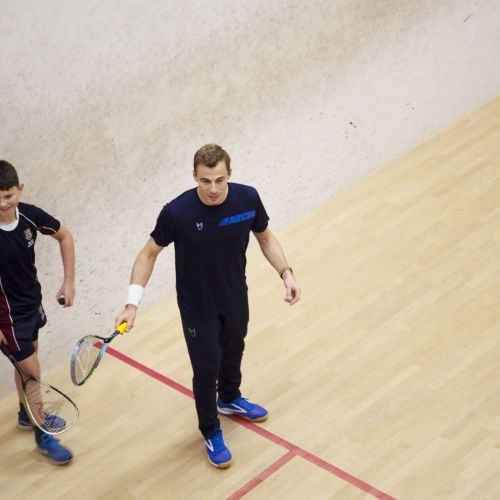 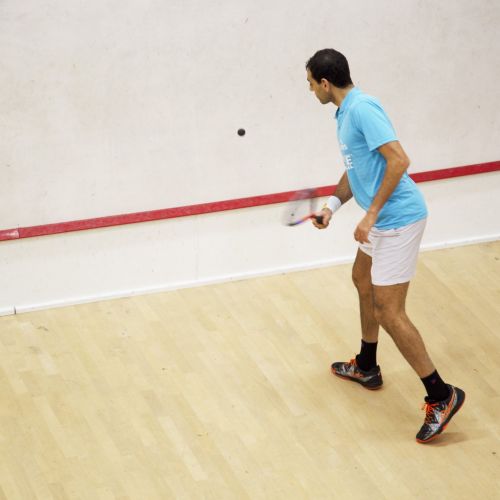 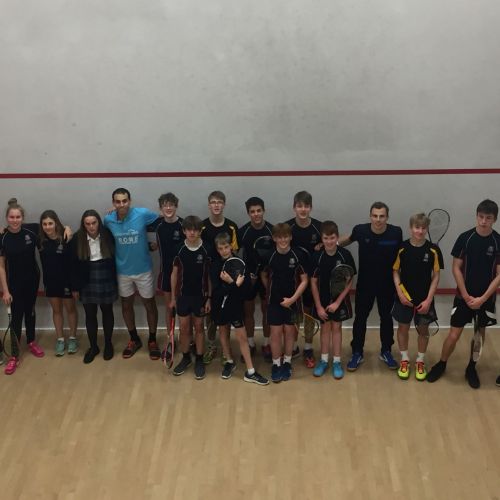 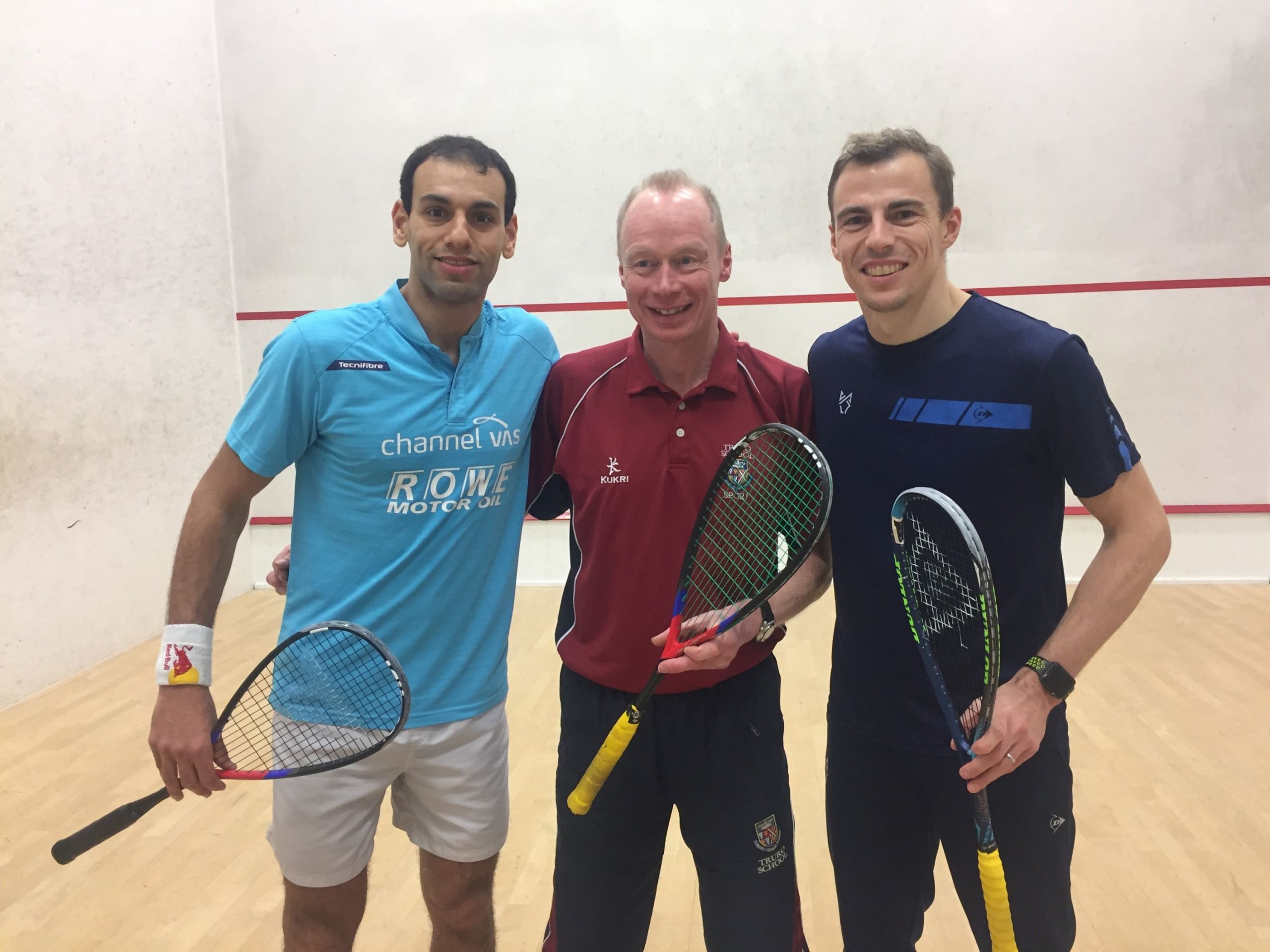