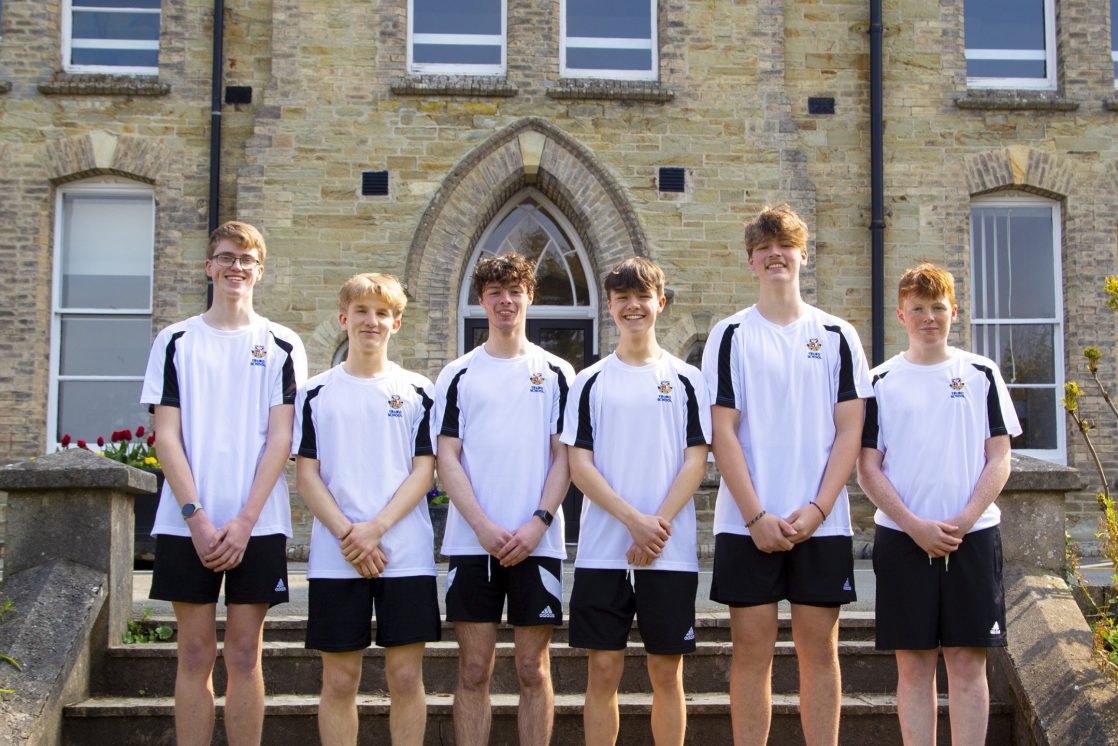 In 2019 Truro came within a whisker of winning the National Squash title, only to be denied by a spirited performance from arch-rivals Wycliffe in the Grand Final. Covid then paralysed us all until the competition resumed this academic year with five successful qualifiers at Taunton and Millfield, earning us the right to return to Nottingham and compete again for the most coveted prize in the sport of school squash. The 2022 squad comprised Louis Murray (capt), Jack Mahon, Ben Thorpe (v capt), Joe Thomson, Callum Oliver and Ed Hayes. We faced navigating a pathway through a quarter in the morning, Semi at lunchtime and potentially the Grand Final at the end of a very long day.

Epsom had just won the younger age group National title and had a lot of confidence and momentum going into this match. Our situation was also compounded by Callum feeling off-colour and having to sit this one out to conserve energy for later in the day. However, Ed stepped in and got us off to a winning start, closely followed by Joe. Ben had a very tight match, just finding himself pipped at the post, but Jack and Louis powered the team through, and we booked our slot in the Semi-final with a tight yet creditable 4/1 victory.

A rested Callum began proceedings with a resounding win at 5th string, while on the other court, Ben again got embroiled in a massive tussle, just losing out to a strong opponent at no 3. Joe then stepped up to the mark with a solid win at no 4, leaving either Louis or Jack to find that last victory that would take us to the Grand Final. Simultaneously our two top players battled to win the match, with Louis playing excellently to take out a very dangerous opponent to secure the win. This allowed Jack (fresh back from a long term injury) to relax a little in the knowledge that we had made the Final. The result was a 3/2 victory.

This blue-ribbon event took place on the centre court with a packed gallery. The boys played consecutively in a cauldron of noise and cheering. First was Ben, who faced a very accomplished high calibre opponent who had beaten him in previous years. Perhaps because Ben was an underdog, he played with freedom and steely determination, which was a level up and managed to rattle his rival from the very start. Ben won the first game and progressed to two match balls in the second despite an injury break. Eventually, a tie break followed, then a third and ultimately successful match ball was achieved, giving Truro a lead of 1 string to nil. Undoubtedly, Ben’s finest performance ever for the school. Callum then played and showed pace, agility and class in overcoming a clever player with dangerous racket skills. Truro were now two strings up, with Louis entering the next fray against Wycliffe, and Swiss national no 1, for the title. The quality of this match was excellent, with superb rallies, fantastic accuracy and awesome court coverage throughout. Louis secured the final win, leading his team to become champions.

Truro had become the new National Champions, and I think the noise nearly blew the roof off! Finally, the tie was completed with Joe outplaying his opponent comfortably, showing his developing power, skills, and court-craft. And finally, Jack eased through his match with the title already in the bag. Result Truro 4 Wycliffe 1.

Congratulations to all the boys on their incredible win. They made our “Mission Impossible” – an unprecedented success. I would also like to extend my particular appreciation and thanks to the super parents, the co-coaches during our season – Lee Drew, Jamie Lang, Matt Stone and the exceptional Alison Waters. A particular personal thankyou to Viv Cobner, who made it all come together behind the scenes and Dan Sanderson who supported the Squash programme and was present throughout the Finals.

Just reading the above match report should give you an insight into the passion and commitment that our Head of Squash, Tim Smith, has for the team, the school and the sport of squash. Never have I met someone with such focus, energy and drive as Tim and what he has been able to facilitate is nothing less than miraculous. When Tim started at Truro School, there was no squash programme, and within a few years, Tim had a small army of players that fed off his expertise and passion for the game.

A conversation with former Director of Sport, Graham Whitmore, led to the then crazy plan of leading Truro School to the status of national champions.

Through team training sessions, one to one coaching and fixtures, Tim created a squad that could compete across all three age groups of national competition. Narrowly losing in 2019 at KS4 (14-16 years old), Tim was more determined than ever and planned this year’s triumph on the way home from the loss.

Tim is a hardworking, energetic person who lives for squash. Playing on the national Masters’ circuit, Tim knows everyone and anyone worth knowing in the world of squash. Over the last few years, he has brought top professional players to the school who held masterclasses with our pupils. In addition, top coaches, such as Lee Drew (England Squash coach), have also worked with Tim and the team, and locally, Jamie Lang and Matt Stone have also been on hand to add to Tim’s expertise. Recently, Alison Waters, former world number 3, has worked very closely with Tim and the team as the finals moved ever closer.

Tim has focused on the smallest of details. Arriving in Nottingham the night before, Tim booked the courts for straight after the KS4 finals to make sure the team could familiarise themselves with the environment. Tim has poured his heart on soul into the team, and I can safely say, no stone has been left unturned.

I am looking forward to seeing what he has in store for the future! A remarkable team led by a remarkable man. We are lucky to have both at our school.

Thank you, Tim and team. 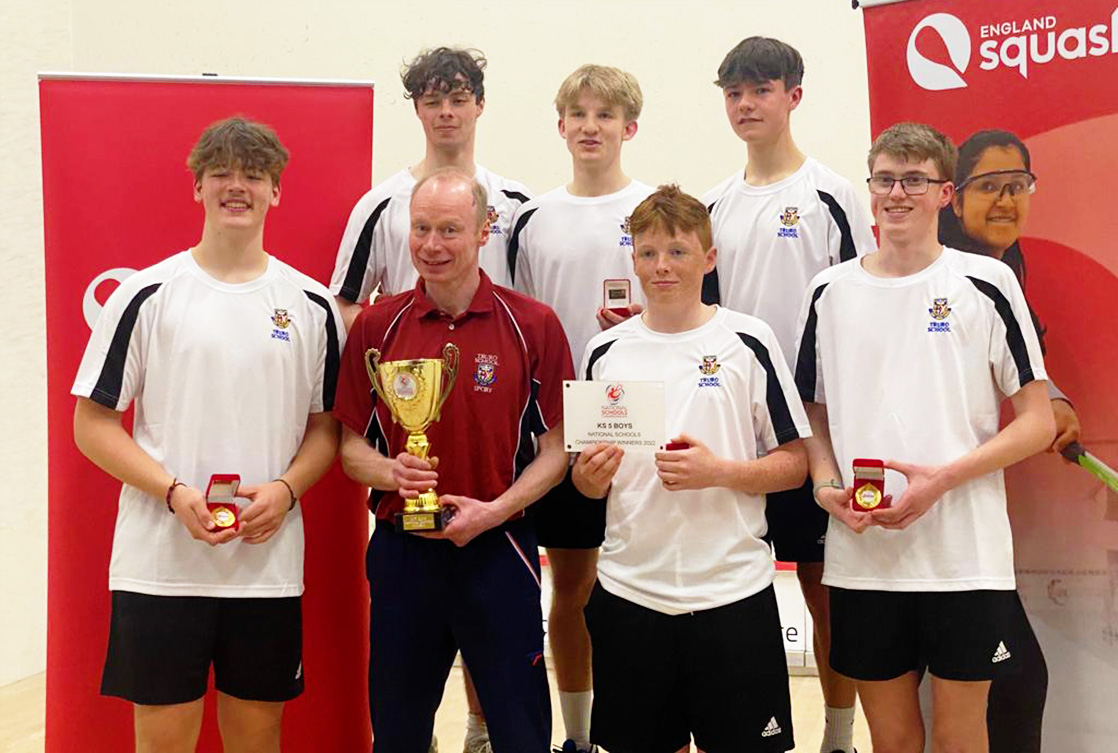 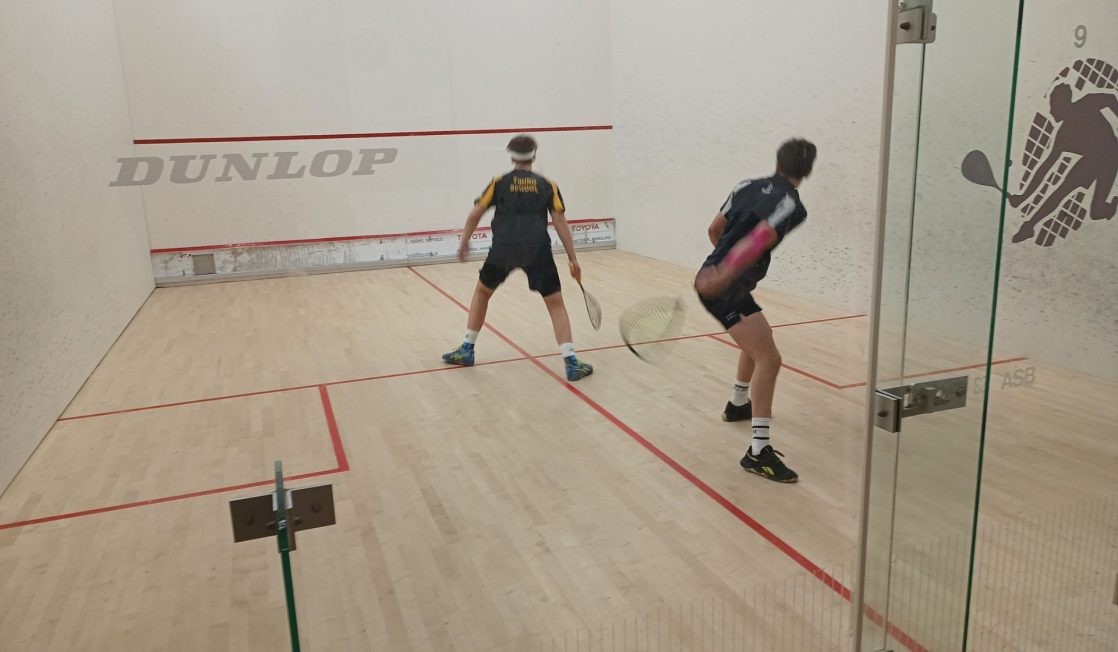 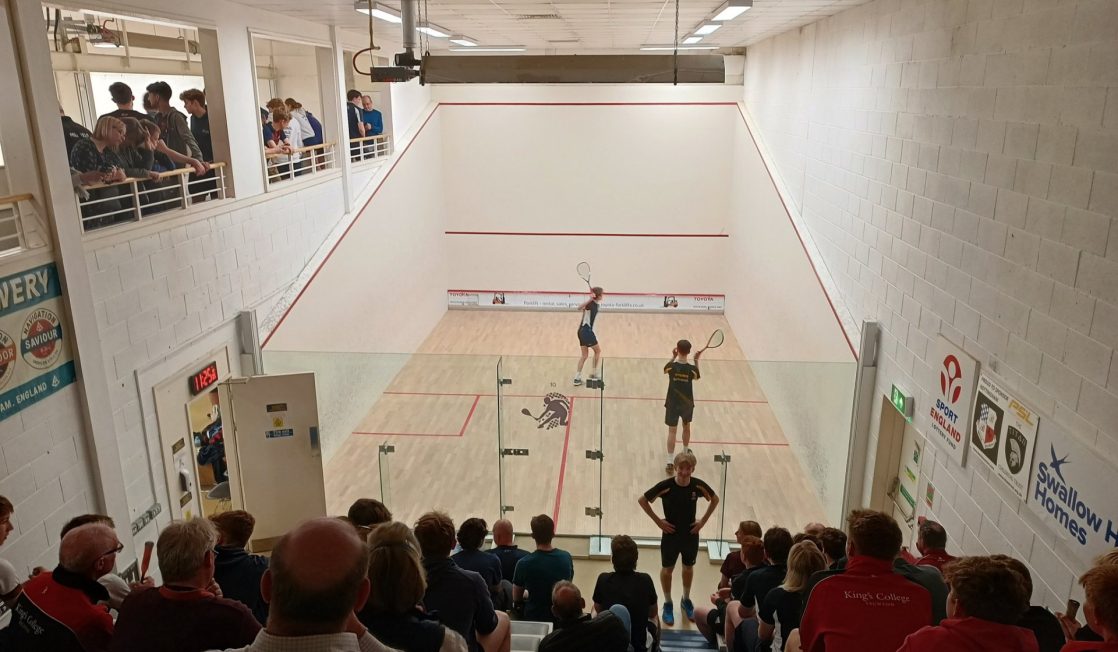