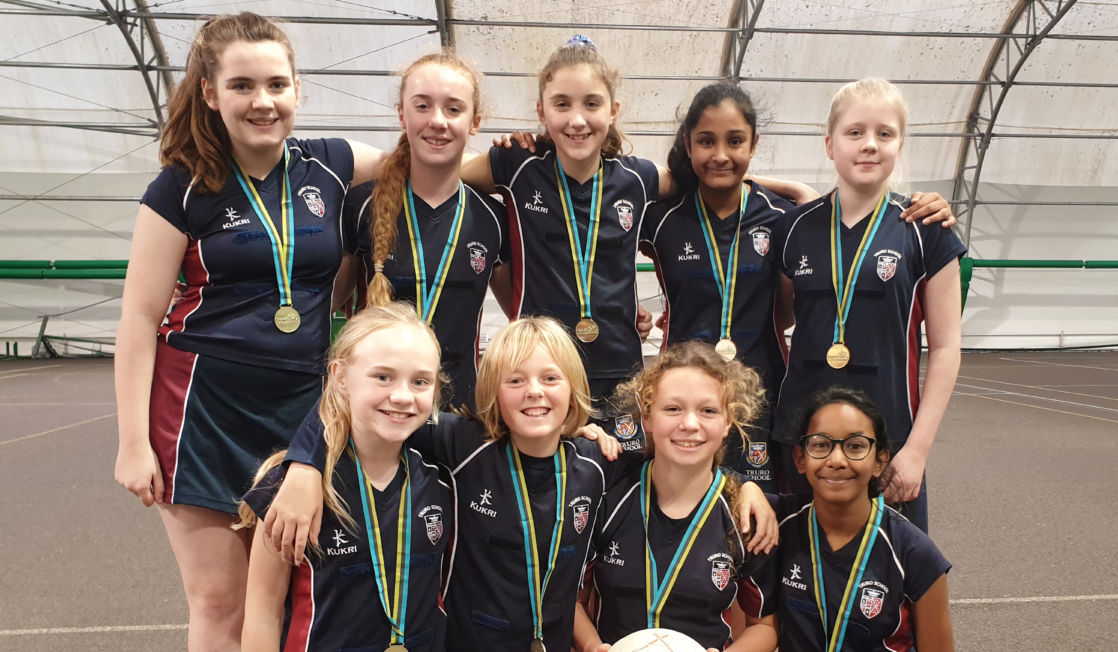 Our netballers are celebrating after a triple success on court.

The under 14 squad are celebrating this week having been crowned county champions after winning a nail-biting final against Truro High School 10-7 in the county tournament. The team will now represent Cornwall at the regional tournament in January, well done girls!

Another well-deserved congratulations goes to the under 12 and under 13B netball squads who both qualified for the Cornwall Schools Winter Games finals. In an impressive day on the courts, the under 12s won the qualifying while the U13s were runners up. Wishing you the best of luck in the finals.

Of course, being victorious is something that our coaches Miss Tressider and Mrs Robins know all about, having both been crowned county champions themselves during their own Truro School years!

Round 1, saw the all of the team take to the court in a series of matches against 4 other teams in our pool. With the top two teams moving into the top play-off round, the girls were disappointed when they lost their first game. It took a few games for the squad to find their rhythm and begin timing their movements well. Having qualified as second in the pool, the squad then needed to play the other top 5 teams. With a place in the regionals at stake, the girls were determined to win all of their games in the afternoon.

After a tense series of games, the squad then had to replay Truro High School to decide who would qualify in first place for the regionals.

In a tense game, the whole squad rallied and produced a fantastic performance. The attack were able to find the shooter, and with super rebounding, almost all of our attempts at goal were converted. Superb whole court defence forced the opposition into making many errors.

The coaches and girls are delighted to now be heading to the regionals in January.

Nine under 12 B team players represented Truro School at the SSP netball festival. It is played in a very exciting format with players rotating around the various positions in a set format. The girls had such great fun and seeing the delight on their faces when players scored unexpected goals was lovely. Truro School won their section defeating Helston, Penryn and Redruth. Next up was Penair in the semi final, the first half was a draw and then Truro School won the second half 3-0. Richard Lander were our opponents in the final, Truro School played well to win and were crowned champions. The girls will now go on to play in the Cornwall School Winter Games hosted in the Sir Ben Ainslie Centre in December.

A truly brilliant festival, all of the players were so enthusiastic and gave 100% throughout the day no matter what position they were in. It was a delight to see their faces glowing as they scored a goal or made in an interception in the a position they did not normally play. In the final the girls faced a strong Falmouth team but their enthusiasm did not drop as Falmouth took a significant lead and they fought hard and won the second half of the game. 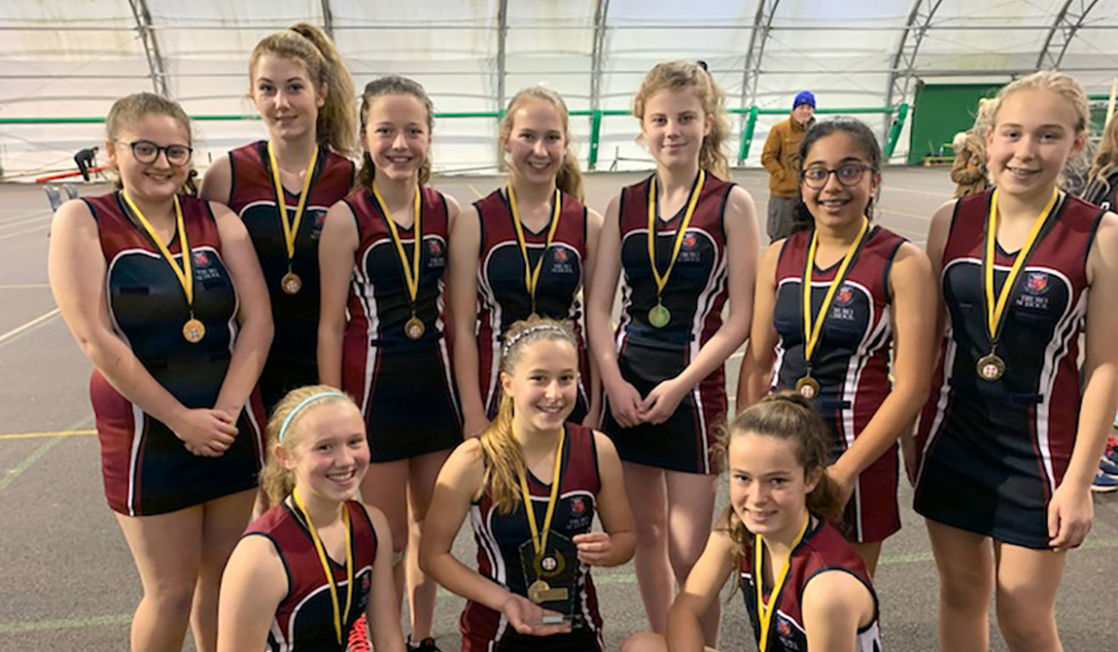 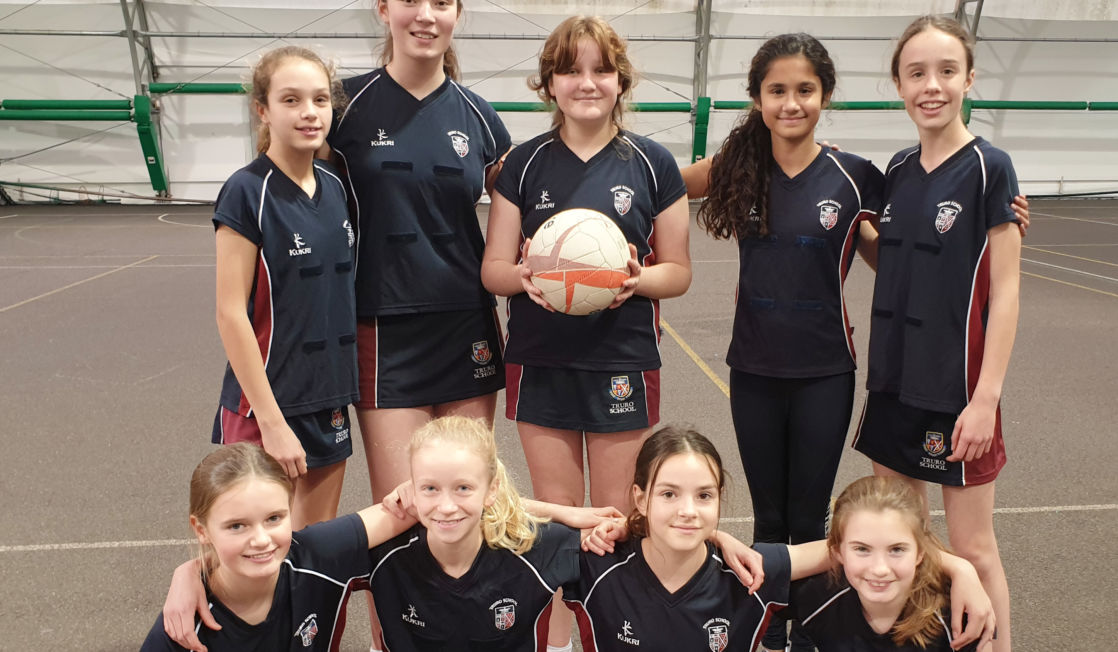 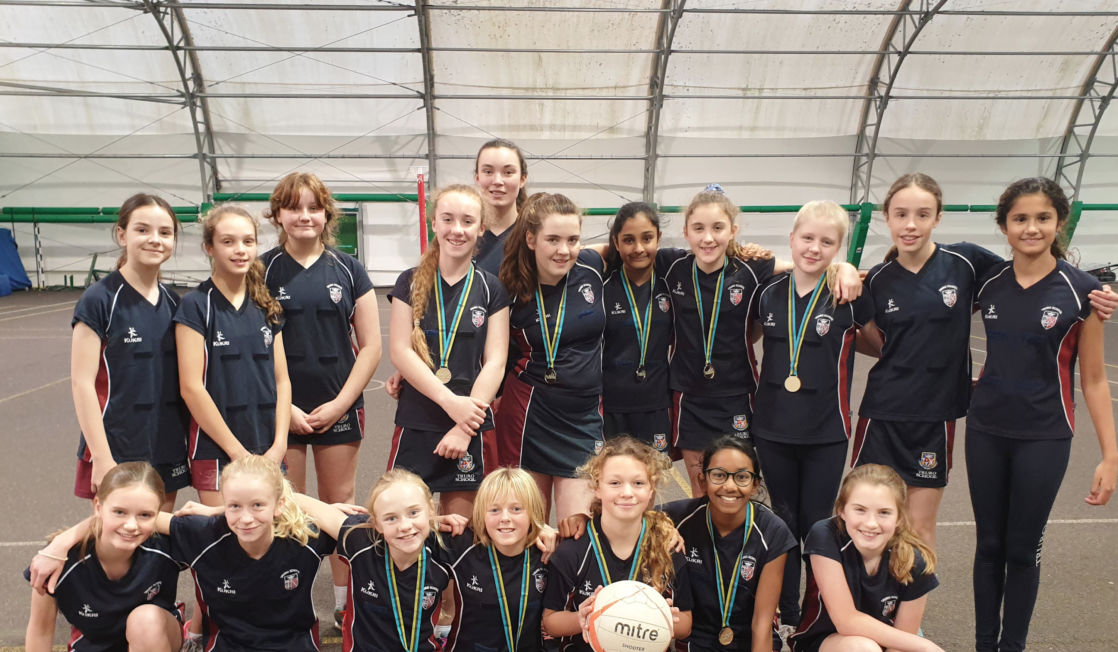