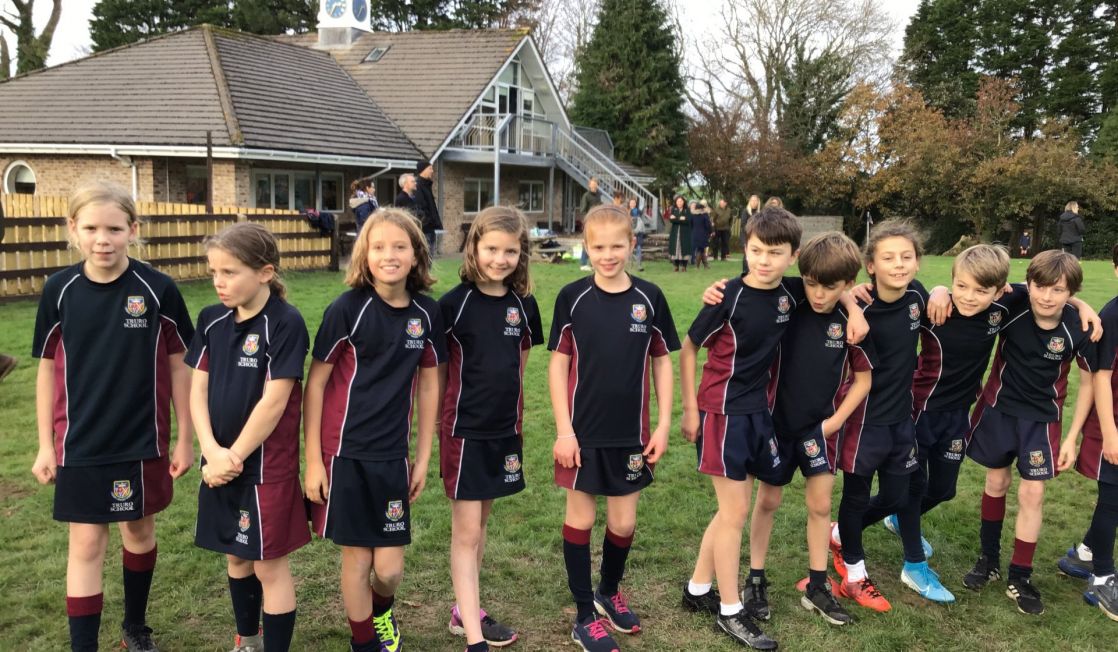 Our mixed Year 3 and Year 4 teams had a cracking start to the cross-country season in proper Cornish mizzle with Polwhele House School on Tuesday 16th of November.

Fourteen children from Year 3, who regularly attend the after-school club, raced excitedly around the woodland course. A huge well done to our talented Year 3 team, and a special mention to Charlie and Alyssia, who both finished in a brilliant first place.

Fifteen children from Year 4 also raced on Tuesday afternoon, with some fantastic performances from this team. We are very proud of all of you, and a special congratulations to Isaac and Megan, who both finished a close second in their races.

Thank you to all the parents who came to watch and helped to make this such a happy event. It was a great turnout!

Our mixed Year 5 and Year 6 teams had a rare glimpse of Cornish sunshine for their first cross country event of the season with Polwhele House School on Wednesday 17th of November.

Fifteen children from Year 5 raced enthusiastically around the course, which included an additional lap of the field, as well as the woodland course.

These were close races, with some fine performances from the team. A big well done to you all, in particular Elliot (for winning his race) and Isobel, who finished in a close third place.

Thirteen children from Year 6 also competed in the races on Wednesday; many of whom had already played in the football matches with St. Francis School and King Charles School that afternoon. The standard of these races was excellent, with Dan and Sanna both claiming the top spot in their races.

Thank you to all the parents who came to watch and show their support at this event. Another great turnout!