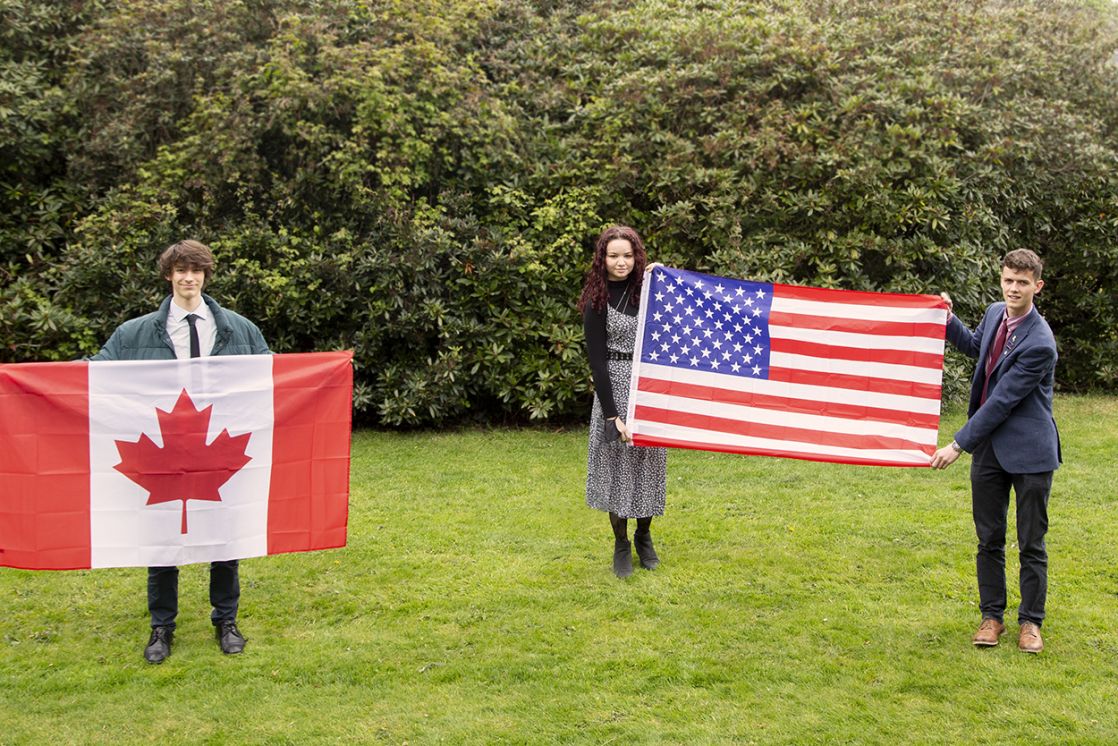 Truro School’s most successful application on record sees all students achieving one of their first-choice colleges in the most competitive application cycle on record.

If there was ever a word to describe this academic year it would be “unprecedented” and no more so in the world of overseas university admissions. As SAT and ACT test centres around the world closed, it removed the barrier to selective US colleges for many. This meant the numbers coming out of some admissions offices for those applying for freshman year in the fall at highly selective colleges were staggering: 57,000 at Harvard (up 42%), 100,000 at NYU across its three campuses (up 18%), 250,000 applications across all of University of California campuses with 139,000 at UCLA (up 28%) alone, Duke saw an increase of 20% too. But these increased admissions numbers did not translate into a higher intake into freshman year so this became the most competitive application cycle on record. A good indicator was Harvard who rejected 97% of their applicants and Brown admitted just 1 in around 30 of its Regular Decision pool. The fact that this news story is coming later than usual is a result of colleges who have all had to push their decision release date back by a week or more because of the extra volume of applications received in this cycle.

It is therefore brilliant news that this has become Truro School’s most successful application cycle on record with all students achieving one of their first-choice colleges.

Cameron G is holding offers at Tennessee Tech and California State Chico but being a talented golfer he was keen to go down the student-athlete route hoping his golfing potential could open financial aid doors for him. We are delighted that he has been offered a near ‘full ride’ for the duration of his course at Carson Newman University in Jefferson City, Tennessee. Carson Newman is a mid-range Christian college which punches well above its weight. It is ranked number 1 for undergraduate teaching and has excellent facilities and a strong reputation both academically and for student satisfaction.

Cam says, “I wanted to go to university in the USA to be able to gain an Economics degree and play golf for a college, challenging myself on a regular basis within the NCAA divisions. The application process for the USA is different to that in the UK, it is more time consuming as you apply to each university individually and you often are required to write essays surrounding many different subjects. However, Mrs Jupp is very supportive and will make time to ensure that you are helped and supported every step of the way. My advice to anyone who is thinking about going to the USA, is to do lots of research, find out exactly what you want from a university, then you will be able to start the process early and gain lots of great offers.”

California resident Jessica F has been with us for her Sixth Form. She was keen to apply to California University and NYU. After a few wait listings she is delighted to be holding an offer at her first choice University of California San Diego, a college which looks for “fearless innovators and bold risk-takers, those with a compulsive urge to take things apart, discover what makes them tick and put them back together in surprising new ways. People who are eager to swap ideas, share experiences and explore the world with a fresh perspective”.

Jess said, “Having gone to school in both the US and UK, I wasn’t sure where I wanted to go to University. The American college experience is very different to that of UK universities, from the application process to choosing majors/minors. Mrs. Jupp was amazing at guiding me through each step and ensuring my application was the best it could be. I’m so excited to hold an offer from UC San Diego along with UK offers, keeping my options open for the next 4 years”.

Roman N received his insurance offer at Concordia with a BA major in political science in record breaking time. Deciding to throw his hat in the ring at several Ivies in the USA he got through the first rounds of application consideration and was interviewed at Harvard, Princeton and UPenn, and Stanford (not an Ivy); a fantastic experience for future interviews. Whilst he did not make it beyond this stage, he was accepted into his first choice in Canada, the University of Toronto, ranked 25th in the world according to the Times Higher Education. His course in international relations and politics will be coupled with a student-athlete life as he is an international fencer and has been offered a full ride, meaning he will not pay tuition fees for the duration of his undergraduate course. He is also holding an offer at McGill University, ranked number 42nd in the world and number 1 in Canada for among medical-doctoral universities for the last 15 years.

Roman says, “I wanted to apply to North American universities partly because of the sports college culture. In the UK, for my sport, fencing, there aren’t really any serious clubs or training when you get to university level – but in the US, you have yearly tournaments competing against other universities in team and individual events, and these can often gather a lot of spectators. I wanted to be part of a university team that is as passionate and motivated about competing as I am. Truro School and Mrs Jupp made the whole process so much easier. On your own, applying to the US or internationally can seem overwhelming – but Mrs Jupp helped me with everything from narrowing down my universities list, SAT preparation, helping me edit my essays for my application to helping me prepare my student athlete application packages. We would have weekly reviews during the application season and anytime I needed her help with anything I was able to arrange another meeting or send her an email and she would always reply very quickly. Right now, I’m likely going to accept my offer from McGill University and am really looking forward to studying in Canada.”

Lucy Jupp, Truro School’s overseas universities advisor said, “This has been an extremely dynamic and busy year globally in the overseas universities advising sector. The sheer number of students applying overseas has risen exponentially and here at Truro we have completed around 20 applications to colleges in the USA and Canada, each one totally unique and separate. The nature of an overseas university application means that students apply to each college separately and the application takes much longer than one to the UK. There are personal essays, supplemental essays, an extensive application form, financial aid and visa forms and three references per student, a school profile report and regular submission of a student’s progress grades throughout their Upper Sixth Year. It has been an absolute pleasure to support Cam, Jess and Roman on their journeys to undergraduate study in the USA or Canada. To have all three secure places at their top choice college is fantastic news given the ultra-competitive nature of this application cycle. I’m also thrilled that both our student-athletes have been successful in their applications, receiving scholarship funding for a full or near full ride. The student-athlete process is a lengthy one, starting months if not years in advance of application submission. There is the video footage, references, motivation letters, sporting CV and multiple communications with coaches to help foster relationships in this enormously competitive market. For many, a student-athlete route is a way of getting significant fee reduction and so many coaches will receive hundreds of emails per week from teenagers hoping a college coach will take an interest and ultimately offer them a spot on their team. With offers to American and Canadian universities being made on an unconditional basis, we could not be more excited for our students as they embark on their next steps overseas.”

Congratulations to Cameron, Jessica and Roman!