First up was the open team, consisting of Charlotte riding Robbin Diamonds, Emily riding Georgia Rain and Chloe riding Blackberry. They jumped two rounds, in this section the first round was 85cm and the second round 90cm as well as timed.

Charlotte and Emily jumped lovely double clears with good times and Chloe knocked a pole in the first round, but jumped a great clear in the second round.  This was good enough to put the team in the lead and they went on to win the class. Charlotte came 1st in the individual, Emily came 2nd and Chloe came 4th. The team also won the Tack and Turnout, so rosettes galore for the girls.

Next to go was the novice team. In this section there was the option of choosing what height to jump, 60/65 or 70/75. This team consisted of Hattie riding Huckle, Charlotte riding Bluey Smith and Jess riding Piper. Charlotte jumped Bluey in the 60/65 and jumped a lovely double clear. Next up was Hattie who jumped a brilliant first round, but had an unlucky four faults in the second round. Later in the day it was Jess and Piper’s turn in the 70/75, they had an unlucky pole in the first round but jumped a perfect clear in the second round. Overall the girls did very well but were not placed in the SJ in a very competitive section. But Charlotte did come 2nd on Bluey as an individual in the 60/65 and the whole team came 3rd in the tack and turnout.

All the girls had a great day, sadly no pictures of them all together as they had to arrive, compete and leave. 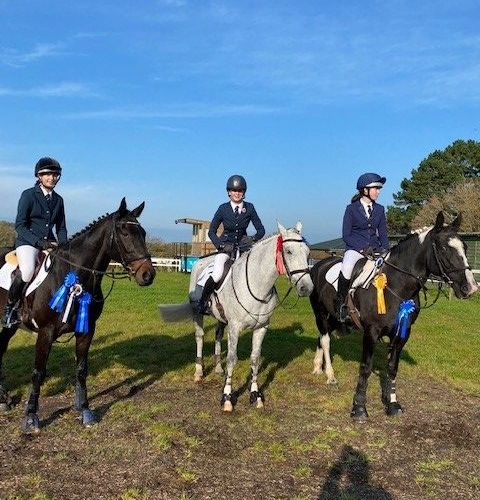 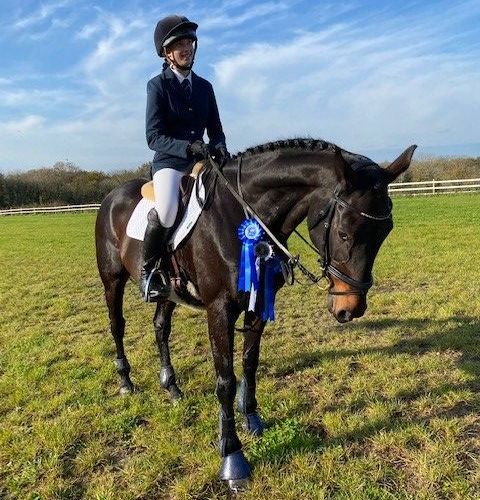 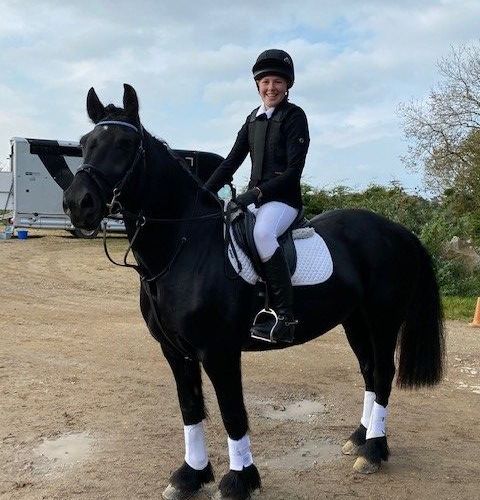 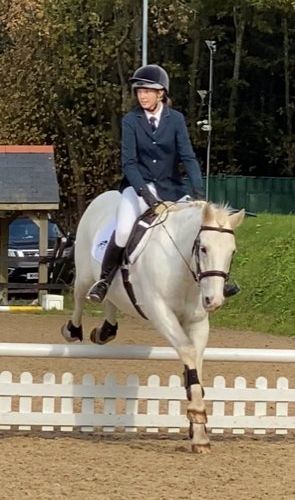 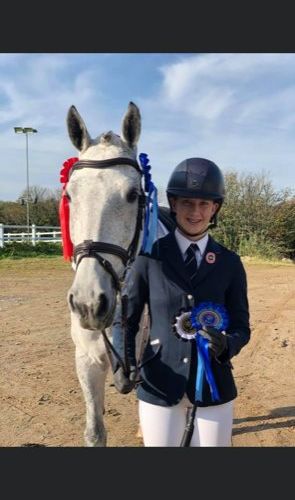 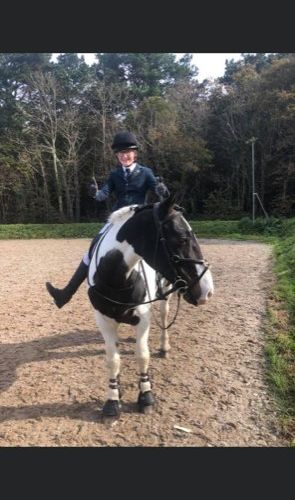 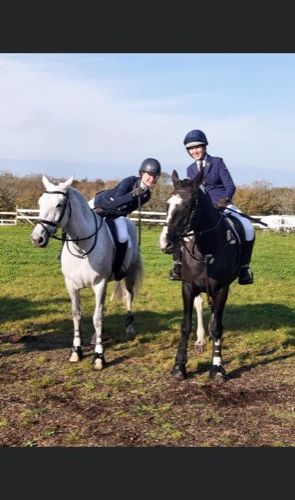