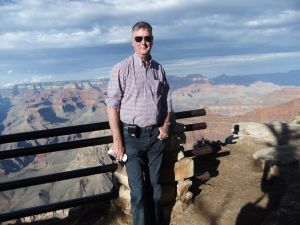 “The education I received, not just formally, but socially as well, made me a more rounded person able to face and cope with the problems life has chosen to throw at me through the years. Being brought up in beautiful Cornwall, with the relaxed way of life and encouragement to explore and see what makes the world tick, was immensely advantageous”.

“I made some good friends, had an excellent education and got opportunities which have stood me in good stead ever since”.

Truro School is where Richard discovered his passion for music, sport and science, all of which have continued throughout his life. Mr Derek Burrell (TS 1959-1986) instilled a love of music and Richard has continued to sing, whether it be choral works or folk songs and is currently chair of a fifty-voice choir.

“The teaching staff were kind, and I was lucky to have been in Mr Ken James’ (TS 1942–1971) form for three years. A marvellous man who inspired a love of rugby, cricket, and English. I recall playing cricket for the seconds against Plymouth College, our great rivals, and winning the match by getting five wickets for one run in nine balls for which Mr Brian Edwards (TS 1955–1989) gave me a half crown! The sun always seemed to be shining and as I loved sport, the opportunities were wonderful. Mr Alan Johnston (TS 1963-1999) pushed us hard in cross country along with Mr Barber (TS 1966-1973). But the biggest joy was walking up onto the top terraces and playing cricket”.

Mr Peter Lang (TS 1959-1992) encouraged Richard to take up hockey, playing for Truro Hockey Club, organising the School Prefects Hockey side and he recalls being chosen for Cornwall Under 18s. He continued playing at university and then played for Richmond when he started work in London.

“I owe a lot to the education and opportunities which Truro School gave me. I don’t profess to being a great scholar, but the likes of Eric Taylor, Charlie Monks (TS 1960-1992), Brian Edwards, Dennis Kent (TS 1961-1983) and others made sure that I did learn something and scrape enough A levels to get to University”.

Whilst at school Richard had no thoughts about future careers until a former pupil, Michael Haywood CO68, who studied Chemical Engineering, came to talk to the Sixth Form about engineering and the benefit of a sandwich course. This struck Richard as a good option, allowing him to be outside, doing practical things and possibly getting a job back in Cornwall.

Having completed Sixth Form, Richard studied at Salford University, graduating with a degree in Civil Engineering and moved to London in 1974 to join an engineering company called Sir William Halcrow & Partners, designing offshore platforms for the new (at the time) oil and gas industry in the North Sea, where he spent two summers.

Keen to travel, in 1977 Richard went to work for a year on an irrigation project in Saudi Arabia close to the Yemen border, a fascinating experience, living amongst such a culturally different people.  In 1978 he married Gill and within a few months they were sent to the USA, where they lived for five years. Further overseas assignments followed in Norway and Brazil.

Their daughter, Sarah, was born in Houston. Sarah now works as a teacher in Woking and has three children of her own. They also have a son, Ian, who is following in his father’s footsteps by working as a Subsea Engineer for the offshore industry and lives close to Richard with his wife, Ingrid.

Richard and Gill live in West Byfleet, Surrey where they have been for the last 34 years.

“It was a fascinating life but once children arrived, we decided to settle in one place, and I was based in Surrey from then on – one advantage being easy access to the M3 for trips to Cornwall!”

Richard retired three years ago but maintains an advisory role guiding, advising and mentoring young engineers to realise their ideas:

“I still keep my hand in with a non-exec role in an engineering company. I am fascinated by technology and assist a couple of small start-up companies in commercialising their ideas”.

Advice for those considering a career in Engineering:

“Engineering is a fascinating career, and I would recommend it to anyone. You will be faced with any number of challenges and no two projects will be the same. There is the ability to travel overseas, meet new people and see different cultures. Engineering also prepares you for management and involvement in helping the world be a better place. Most of the engineers I know have enjoyed their lives and worked well beyond retirement age as they love what they do”.

Richard has many interests ranging from golf and his MG car to steam engines! He maintains his love of cricket first discovered at Truro School, and is Vice President of Chertsey Cricket Club, and played a few games last year. Richard and his brother Peter are also both members of Marylebone Cricket Club and try to meet at Lords a few times a year.

For Richard and Gill family life is of paramount importance and they enjoy helping their grandchildren to grow and learn– and of course Richard hopes to continue being involved with the cricket team as he has for the past 30 years. 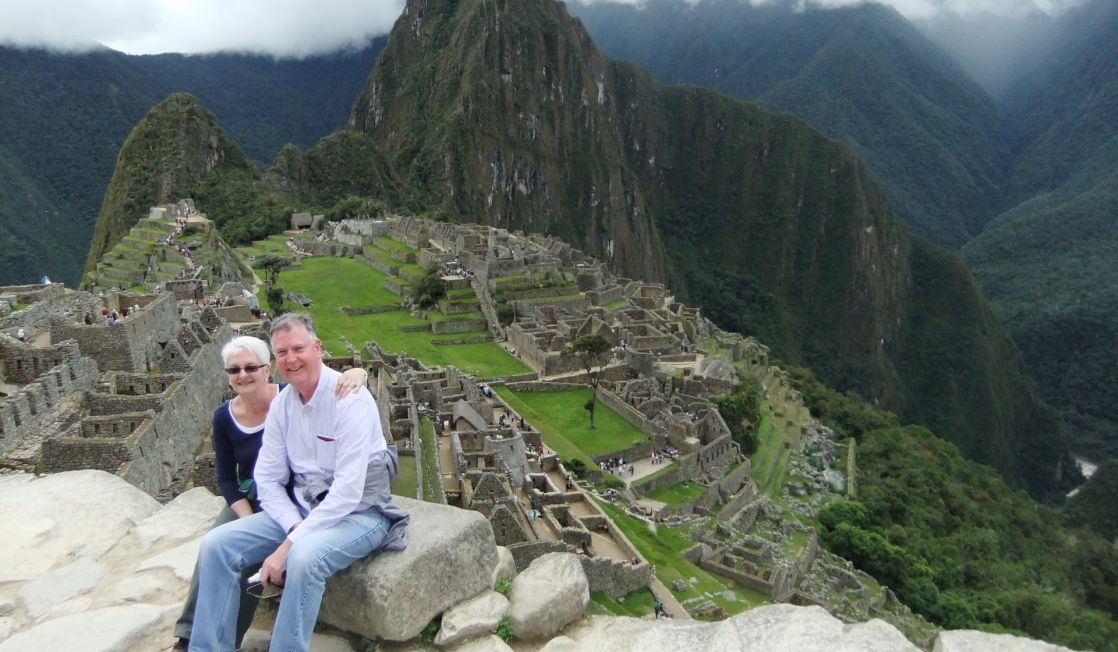 Richard at Machu Picchu with his wife, Gill 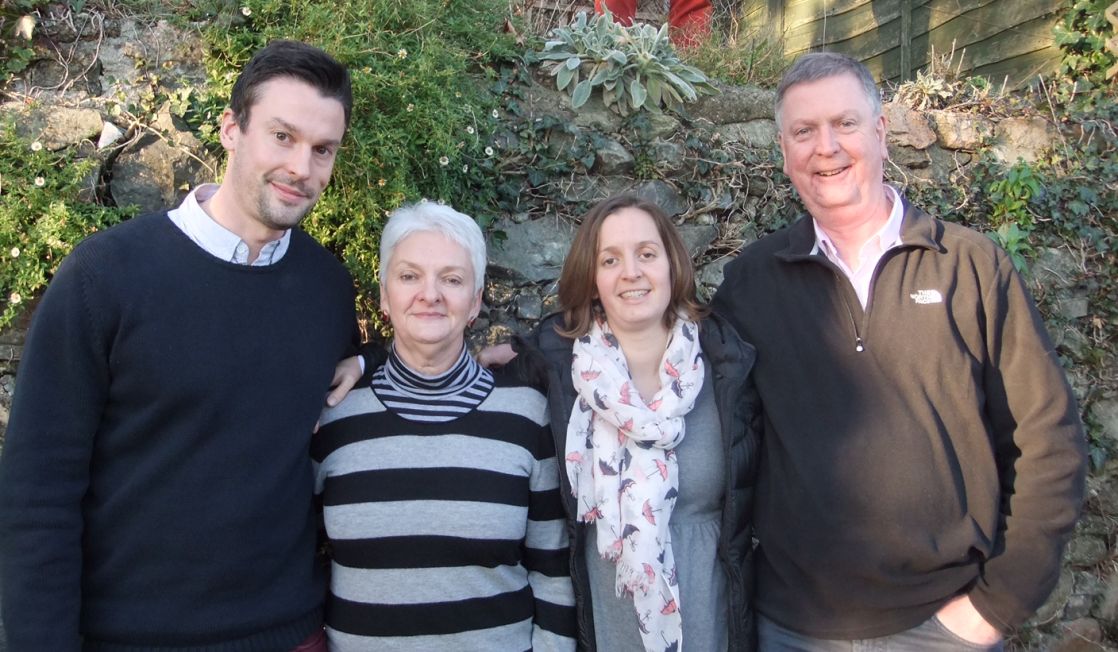 Richard, with his wife, son and daughter 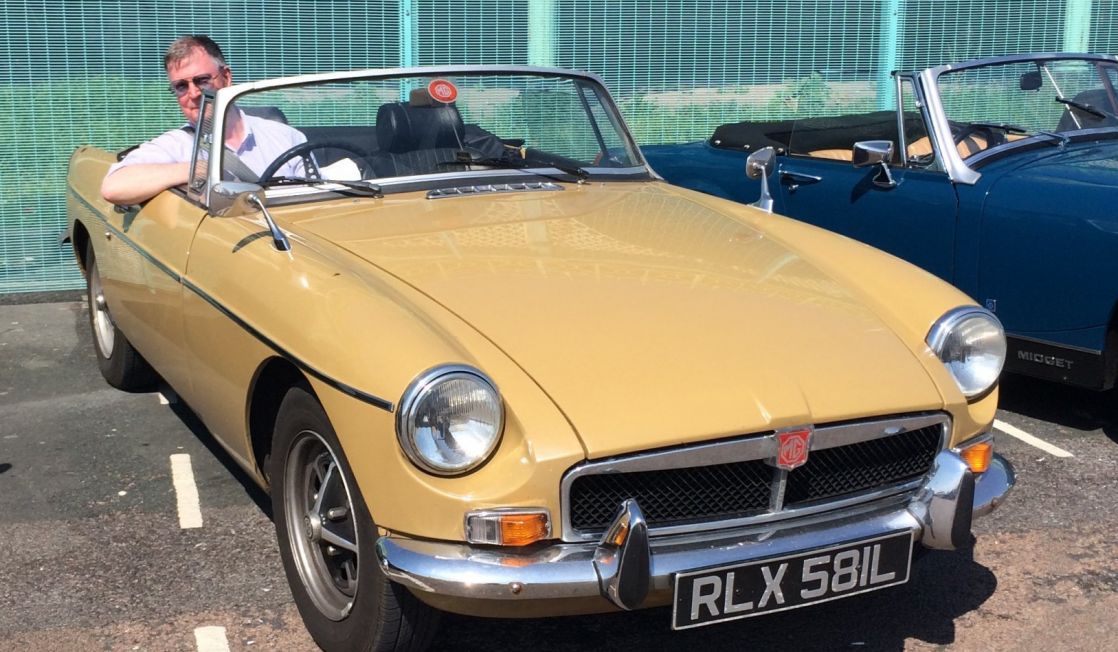 Richards and his 'mistress' the MGB