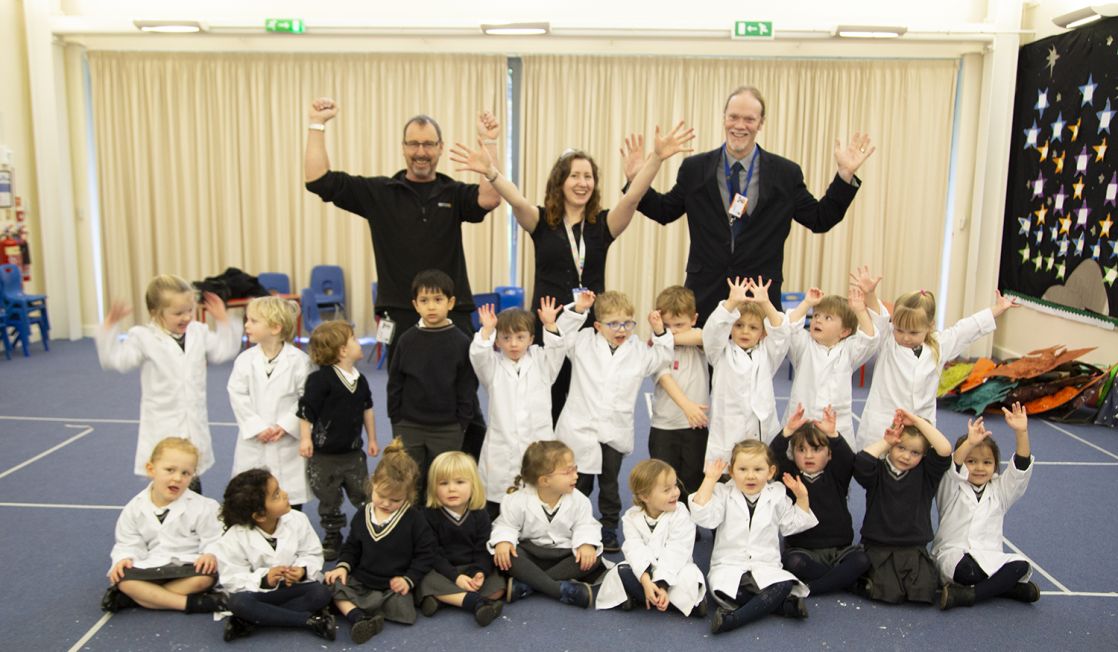 Fun with Hot and Cold Chemistry at Nursery

The Chemistry Team from the Senior School were invited to spend some time with the Nursery children, helping them to explore ‘Hot and Cold’ and to do some exciting Science.

Headed by Dr Brogden, Truro School’s Head of Chemistry, and supported by Mr Gustafsson and Dr Orchard along with their dedicated Chemistry Technician, the team arrived at the pre-prep with lots of exciting substances and experiments for the children to explore. There were trays kitted out with many different coloured slimes, some really gooey, some squishy, all felt cold!

The children played with cornflour in water and explored its ‘non-Newtonian’ properties. They also played with different metals, some heavy, some light and compared these to ‘warmer’ polystyrene balls. They got their hands very cold as they played with many different coloured ice balls, great for picking up and pushing around the trays as they melted, they were described as very slippery!

In addition, each child was kitted out in a lab coat and safety specs to carry out a ‘Squeaky Pop Test’ where they were able to create tiny explosions using the hydrogen gas collected from a reaction between sulfuric acid and magnesium.

They all had such a great time with inevitable mess but hopefully we now have a nursery class of tiny Scientists in the making! 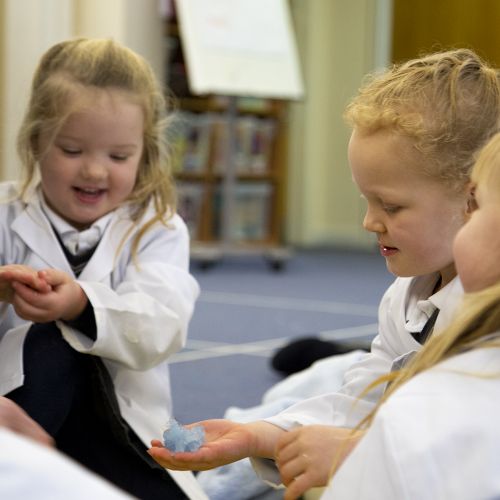 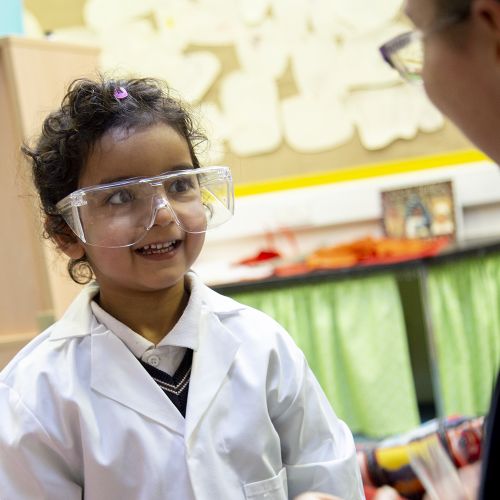 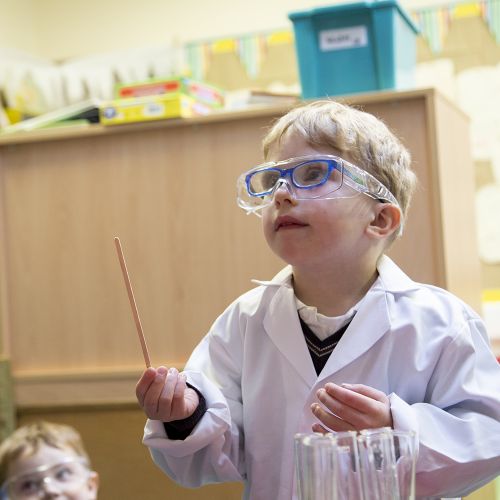 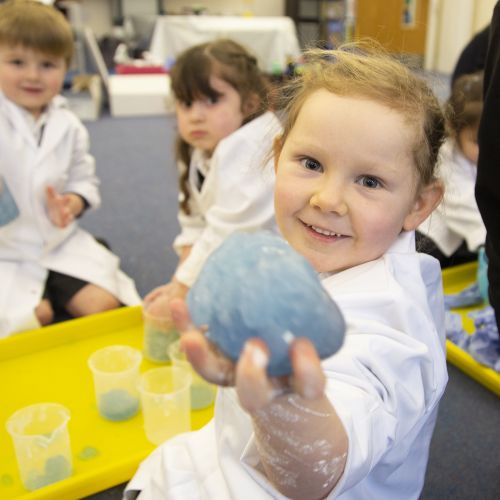 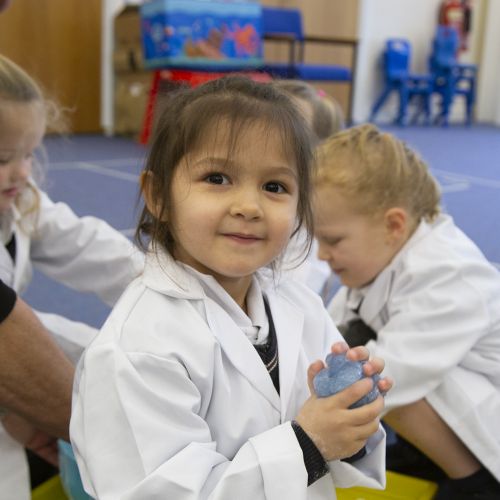 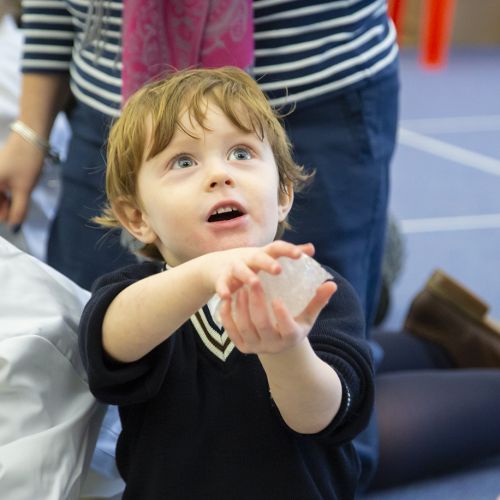 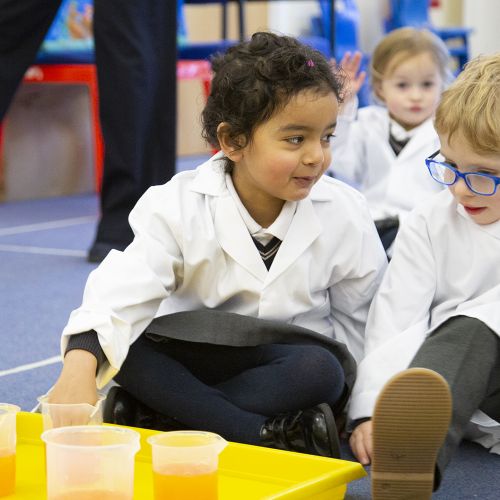 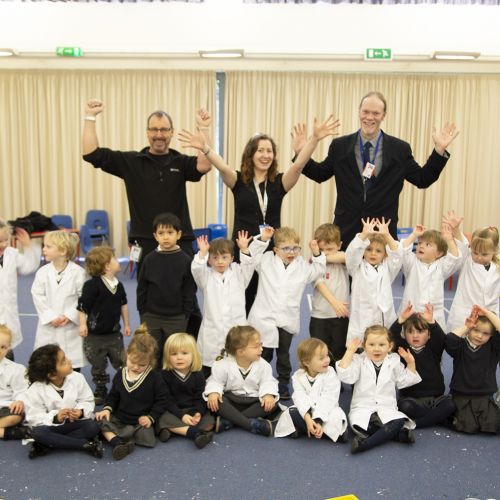 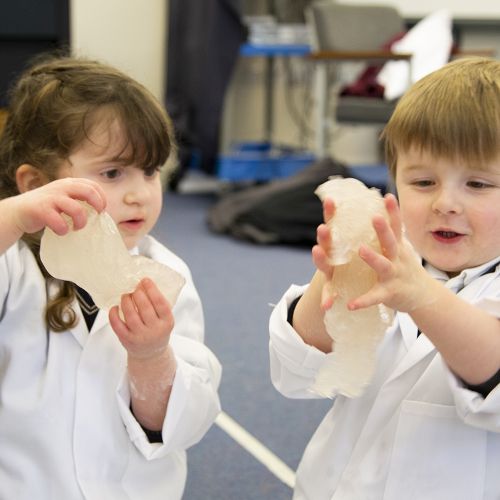 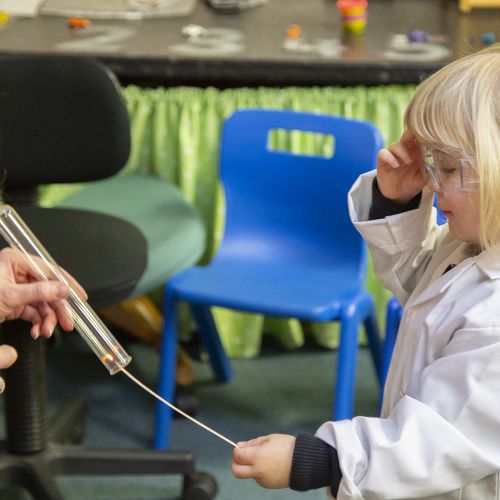 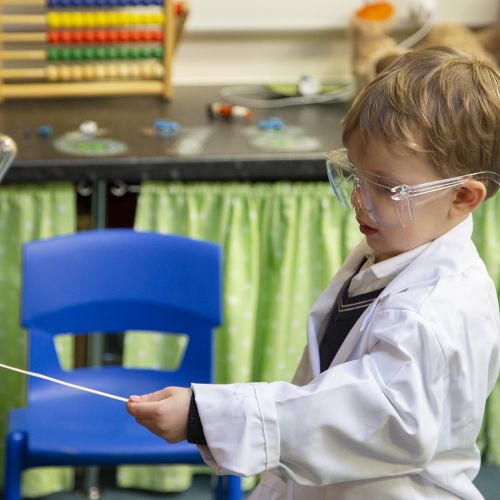 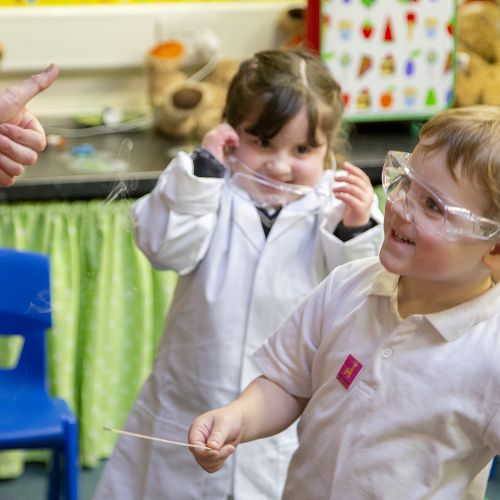 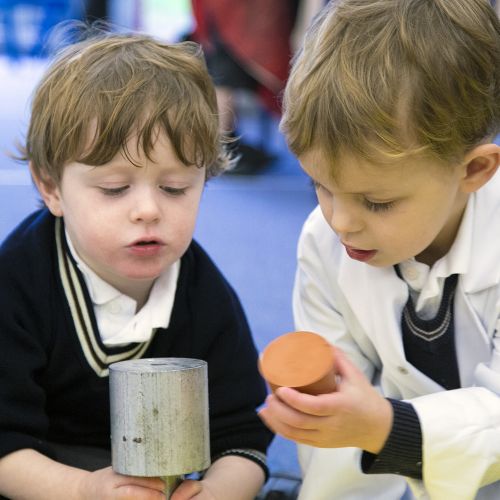 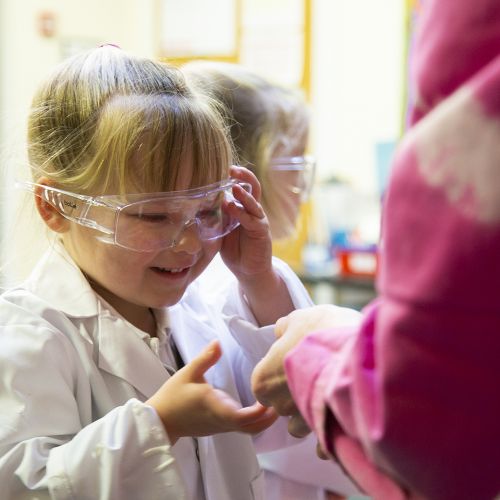 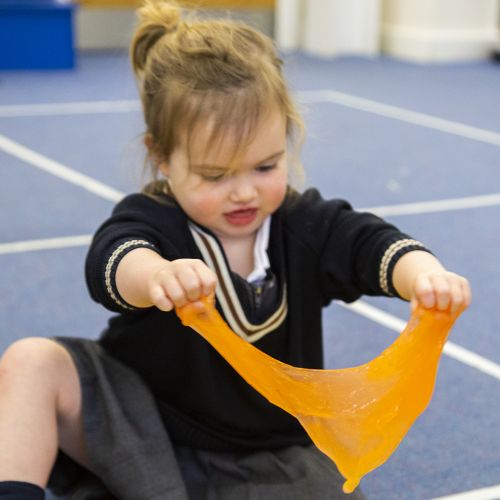 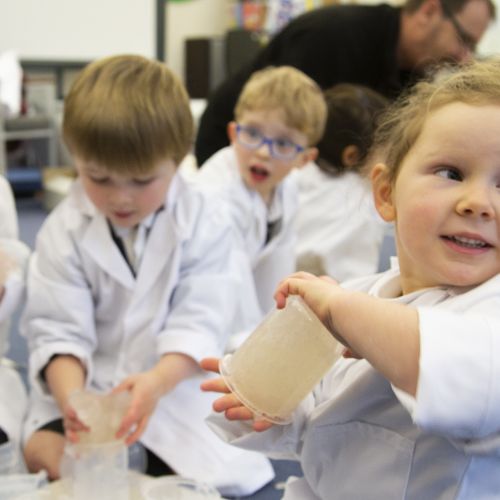 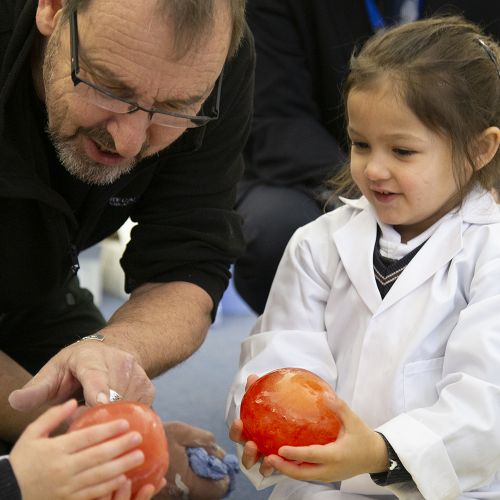