Developing a new business in a pandemic – Reason FM 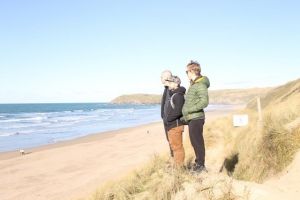 Jack was 16 when he moved with his mum to Cornwall and joined Truro School Sixth Form. Previously Jack had attended an all boys’ boarding school and Truro School was a welcome change.

“I was genuinely surprised to be greeted with amazing kindness and a very welcoming community of people. It was a world away from the intense environment I had previously experienced and from the moment I joined, I loved every moment of Sixth Form.”

“I used to love sitting in the courtyard in the summer, everyone was so relaxed and happy, and people seemed to be ‘in the moment’, which is odd for teenagers. We were extended trust and respect by the teaching staff (also rare in my experience) which made such a difference.”

Jack involved himself with all aspects of Truro School life; he loved to get involved with a wide range of activities; captaining the school 2nd football team, acting in drama productions (playing Eilert Lovborg in Hedda Gabler) presenting the charity concert, and editing the English department magazine Apparatus Criticus.

“I really enjoyed editing the magazine, but I’m not certain Mrs Spence (Head of English 1997 – 2012) shared my enthusiasm or approved of my style of writing.”

Not really having any career path in mind, Jack left Sixth Form to pursue a degree in English and Drama at Royal Holloway, University of London. After graduating he worked for two of the UK’s fastest growing tech companies, Healthera and Sweatcoin, working on mobile apps, some of which have subsequently reached number one in the ‘app store’ in multiple countries.

However, Jack discovered he had entrepreneurial aspirations so, in March 2020, with his friend of 21 years, Sam Harris, they began developing a new app of their own, Reason FM – which allows users to listen to podcasts together either live with friends or alternatively catching up on the same content.

“Sam is my oldest friend and we now both live in Cornwall. Sam has a podcast with over 2 million downloads but found he could not connect directly with his audience and so the Reason FM app was developed. With podcasts currently becoming one of the world’s fastest growing sources of media it seemed like a good fit. Sam has also been a TEDx talk host, speaking about humans being addicted to technology, so has a great deal of knowledge in this field.”

Reason FM was supported by Techstars, one of the world’s most prestigious accelerator companies, helping young entrepreneurs to grow their ideas into world-changing businesses.

“Techstars has an acceptance rate of just 0.5% from the class of 2020, so it is an achievement, and above all a privilege to be accepted into their assistance programme.”

As Reason FM was founded at the beginning of the pandemic, it allowed Jack to move back to Cornwall and work remotely.

“Returning to Cornwall has been great, it’s really nice to be back in the county.”

In his spare time, Jack enjoys running ultra-marathons. He completed the Roseland August Trail 2020, but sadly the 48-mile Malvern Hills Ultra, scheduled to take place in May 2021, was cancelled due to the pandemic. Jack has now set his sights on training for a swim-marathon this summer as well as an Ironman challenge.

When training Jack has a trusty companion, his dog Bertie., rescued from Battersea Dogs’ Home two years ago. The two have become inseparable.

“Bertie loves beach walks, despite not being too fond of the sea, so being back in Cornwall has been just great. I’m looking forward to spending this summer in Falmouth and then maybe doing some travelling, but I can imagine myself wanting to return to Cornwall. The dream would be, if I have children of my own one day, to send them to Truro School.”

For the time being the focus for Jack is Reason FM. Unlike for many, lockdown has also provided some benefits for the company, as it has developed at a time when attending music events with friends just wasn’t possible, so being able to share the experience of listening to a concert with friends was a welcome experience for many.

Jack is Co-CEO for Reason FM, running daily operations and managing employee workflow. The company has six employees and after soft launching, has over 1000 users.

“My aim is to help the company grow and go from strength to strength, hopefully to become one of the world’s biggest social media platforms, with audio at its core.”

Whilst today Jack is a successful entrepreneur, back in his Sixth Form days he never imagined this is where he would end up, as he really had no idea what he wanted to do.

“Having pursued an artistic education with an English and Drama degree, if someone told me I’d be CEO of a company, let alone being part in Techstars, I probably would have laughed!”

On reflection, Jack now feels his career path uncertainty was a blessing in disguise, allowing him to consider different possibilities rather than rushing into a decision.

“Making a career choice is a huge decision, potentially something you are going to live with for the next 50+ years of your life. Knowing what you want to do at 16, 18 or even 21 is, for most people, very unlikely. My advice would be to relax, take every opportunity and not rush any decisions. What you thought you wanted to do when you were at school or even university, might change, so just embrace every opportunity.”

We are certain Reason FM is only the beginning for Jack and look forward to future updates! 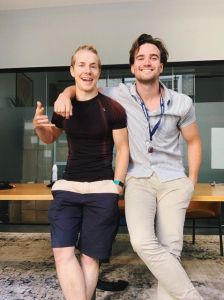 Jack and friend Sam on their first day in Techstars. 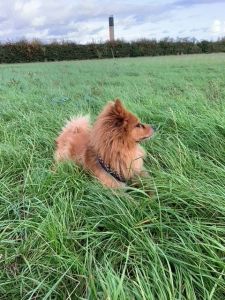 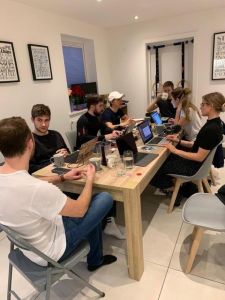 Jack’s team working away in Sennen