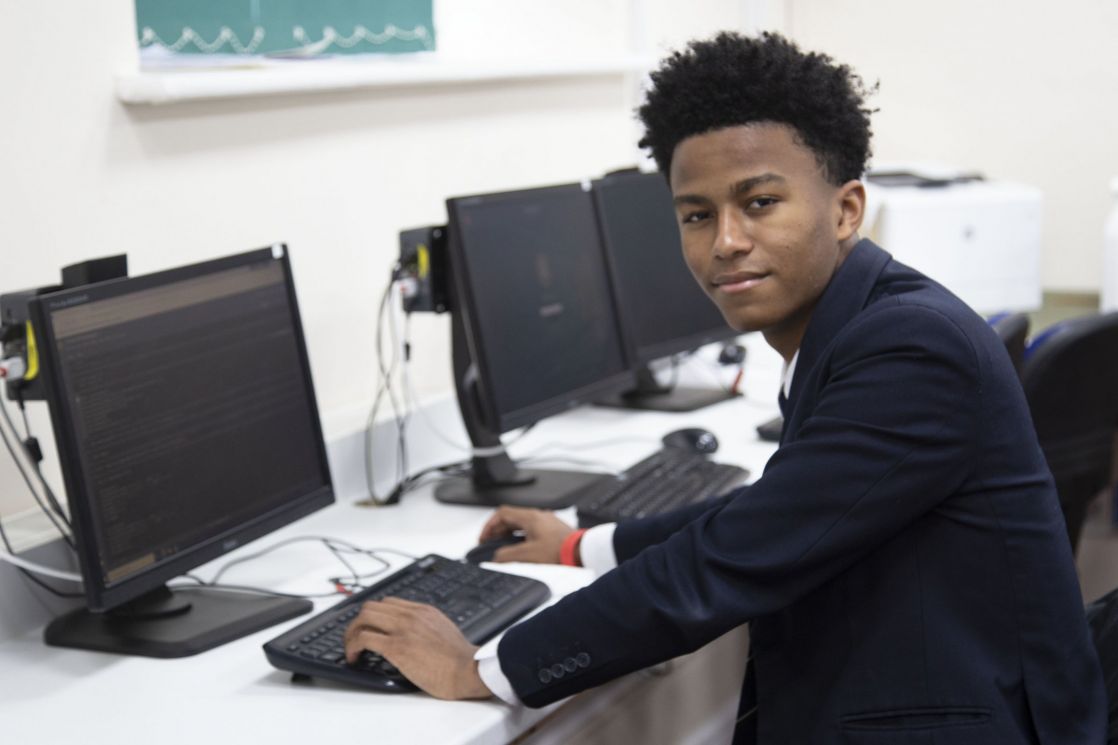 5th Year IT wizz Amari spent last summer at the Summer STEM Institute (SSI) and has recently given an interview about his love of all things computer science, programming and cybersecurity.

How did you first become interested in programming and computer science?

When I was in Year 9, I worked on a programming project where I made this interactive story using code. It was kind of like a choose-your-own-adventure story. My game was called “FBI Open Up,” and players would enter FBI headquarters which were filled with bad guys. You were supposed to protect the hostages while taking down the enemies. There were basically a bunch of if-statements, and you would press one, two, or three depending on where you want to go in the game. Even though it was pretty simple, the project got me really interested in programming.

What areas within computer science are you most interested in?

After working on FBI Open Up, I became really interested in cybersecurity. I started participating in these challenges by the University of Southampton called the National Cipher Challenge. Basically, in the challenge, you are like a spy or agent, and you are given these encrypted paragraphs to decrypt. More recently, I’ve also been really excited about quantum computers. Even though they are mostly used in academia, I believe they will become quite big commercially in the future. Also, in the future, I hope to explore astronomy and apply machine learning to the field. I see astronomy research as the next step to exploring the universe.

What was your favourite part about SSI?

Over the summer, we had an ethics debate where we discussed the ethics behind machine learning. I really enjoyed the debate. People talked about racial biases in machine learning models, which I found especially interesting.

Also, I really appreciated how organized SSI was. Whenever you thought of a question you had a resource you needed, it probably already existed.

‘Amari has previously competed in the National Cipher Challenge, and he loves learning new programming languages in his free time. Before SSI, Amari has taken several computer science and app development courses online, including Harvard CS50. During SSI, Amari became intrigued by machine learning, and he has continued to explore this newfound interest throughout the school year. In this interview, you can learn more about Amari’s cybersecurity projects, interests in quantum computing and astronomy, and plans for an ethical hacking project.’ Read the article in full at > https://www.summersteminstitute.org/post/amari-student-spotlight