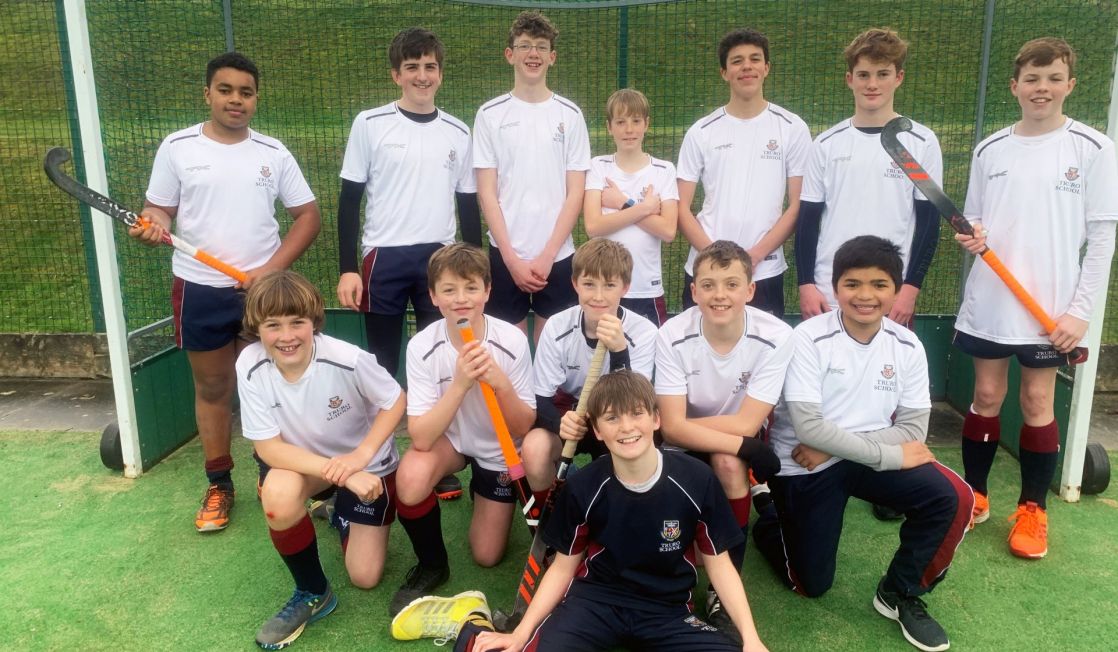 Seven teams entered into the round robin tournament that was held at Truro School, with the top two teams qualifying for the regional finals at Millfield School.

Luckily it was a dry day, which is just what we needed for a day of hockey. Each game we had to battle like it was the final, as there was no actual final to get to.

Our first game we started strong against Bude, working out which positioning and formations worked and which didn’t, ensuring we got the simple stuff right. It was a challenge to get one goal in but once one came they all started flooding in! 7-0 win – A great start to the day!

We went on to play Liskeard, Richard Lander and Penrice where we gained three points from each game.

Our two toughest games were played against Mounts Bay School and Penair. We secured a point from each game but both should have been wins, although we had all the possession we struggled to find the net, with both teams overloading the ‘D’.

Throughout the tournament the boys scored a total of 11 goals, not conceding one, and ended on a total of 14 points.

The boys played some fantastic hockey, transferring the ball well and finding different channels to approach the ‘D’. They played their best hockey when they played 3/4 touch and found movement off the ball. The performance and attitude of the boys was great throughout the day and they were definitely the best team on the day. Well done boys!

The boys now go on to play at the regional finals in March at Millfield School.