This year, we again entered two teams into the U11 girls’ county hockey tournament. Other schools attending included St. Hilary’s, St. Breock, Truro High and St. Ives. The format was a round-robin tournament, with each team playing five matches of 15 minutes.

This team won the majority of their matches, apart from their match with Truro High. In their first match, they drew 1-1 with St. Ives, who also qualified for the West finals, as the tournament runners-up, based on their higher total of goals scored. Goalies for the team in this tournament were Flo and Sanna.

The tournament was great experience for this team, which consisted of committed hockey club players from three age groups, most of whom are still eligible to play in this tournament next year. It is worth remembering that the teams they were competing against were mainly Year 6 children.

The majority of this team are committed school club players, who gained valuable experience from competing in this county tournament. Most of the team are in Year 5, so will still be eligible to play in this tournament next year. They drew two of their matches, against St. Ives and Truro School A teams, but lost their other three matches. Goalkeepers for our team in this tournament were Eva and Lara. 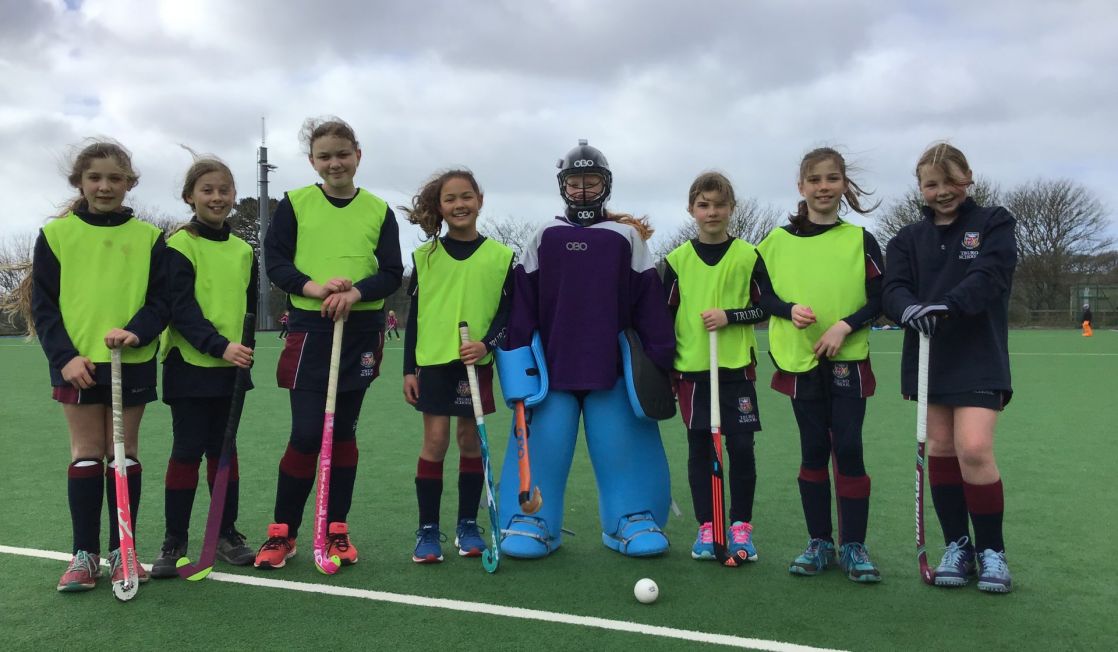 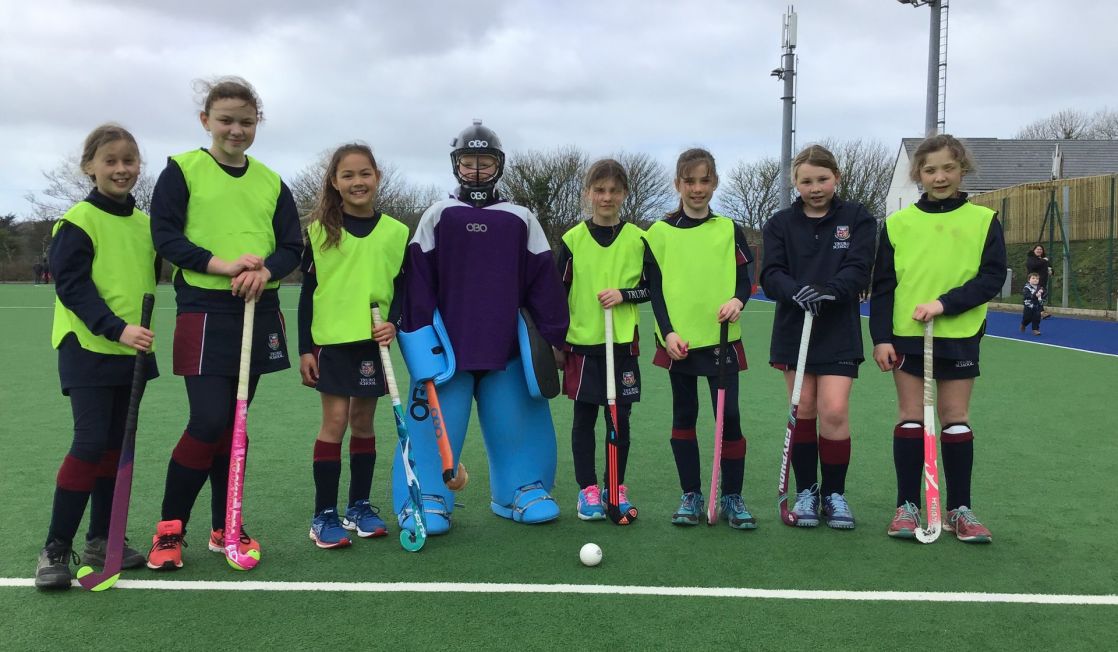