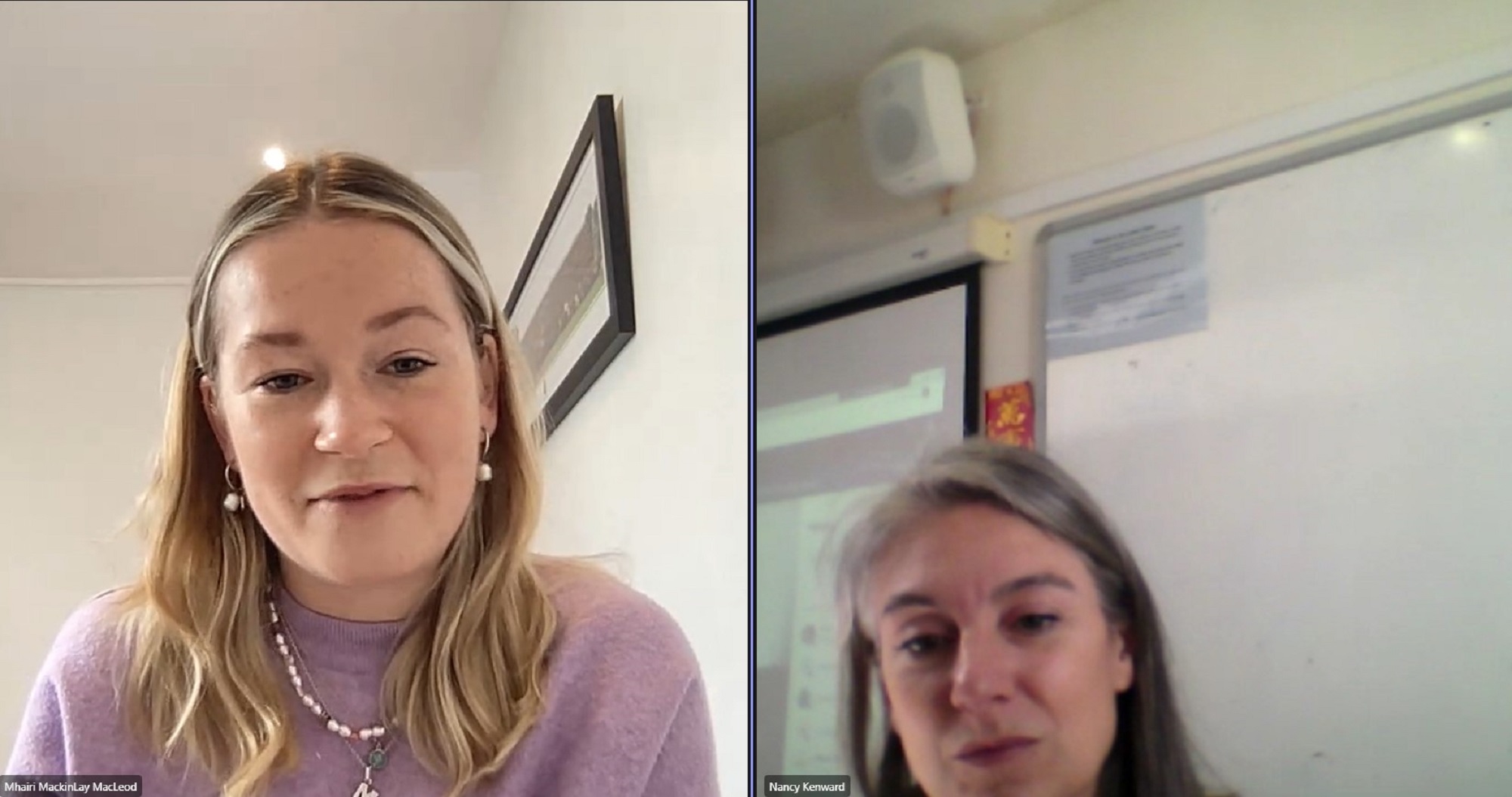 Mhairi MacLeod CO18 joined Truro School for Sixth Form before achieving a place to study Spanish and Contemporary Chinese Studies at the University of Nottingham. She is currently in her third year. On Thursday 10 March, Mhairi kindly took time to speak to students about her experiences, particularly how she navigated studying abroad during the pandemic, working for an NGO in Peru, but ultimately how her passion for languages has guided her through her studies.

What did you do at A Level and what made you decide to study languages?

I studied Chemistry, Biology, Maths and Spanish but languages have always been something I’m passionate about. After having many conversations, something was pulling me towards it. I decided quite last minute to change to Spanish and Chinese at university. I had to take a year out because it was last minute which I was happy with. I had a great time travelling. I took up au pairing during my gap year. I did some part-time work, went to Australia and New Zealand and then worked as an au pair in Barcelona. It was a great thing to do right before uni as it helped me feel so much more comfortable when I got there.

How did you find to be a match as an au pair?

I did it through au pair world, a website where you can choose your country and family. It was really a great way of earning a small bit of money and getting to explore the city and the language.

Did you struggle with a language barrier?

It was hard, and on top of that looking after children, which is hard. But I’ve really built a relationship with the family.

Did you get a flavour for the family beforehand?

Yes, we facetimed beforehand and I met the children on camera. Its important to remember that kids are kids and they will be misbehaving. It was really nice to meet on facetime before and keep in contact. The website was helpful that when you agree to things its all written down, and agreed.

Did you teach them English too?

My primary role was to speak in English, it was quite hard as I had to understand their Spanish too. I did ask the parents to speak in Spanish to me to help me. During family parties you just had to be fully immersed, they speak very quickly, it was a great way to learn!

So you switched from science to language whilst at school, and followed your heart. It makes sense that you need to study something you’re passionate about.

The norm that I saw at school in my science classes was that others were opting to do science degrees, and it was quite different for me sitting in science to say I wanted to do languages. But today it’s a great conversation that I studied both areas.

You went to study Chinese, with no prior knowledge of it before. How did you find it?

I was very lucky in my first year at Nottingham, they have an amazing language department. When you are learning something like Mandarin or Arabic, you need good support. Classes were so small, so we all really got to know each other. We had great contact hours, great teachers and a small class. It just helped to excel my Mandarin in the first year. At uni they say you are left on your own but with this course they really looked after us because its such a hard language.

Read the full interview in the Spring issue of the Truronian magazine, due to be published at the end of Spring term. Please contact the Development office if you would like to be added to the mailing list and/or can support Truro School Connected.