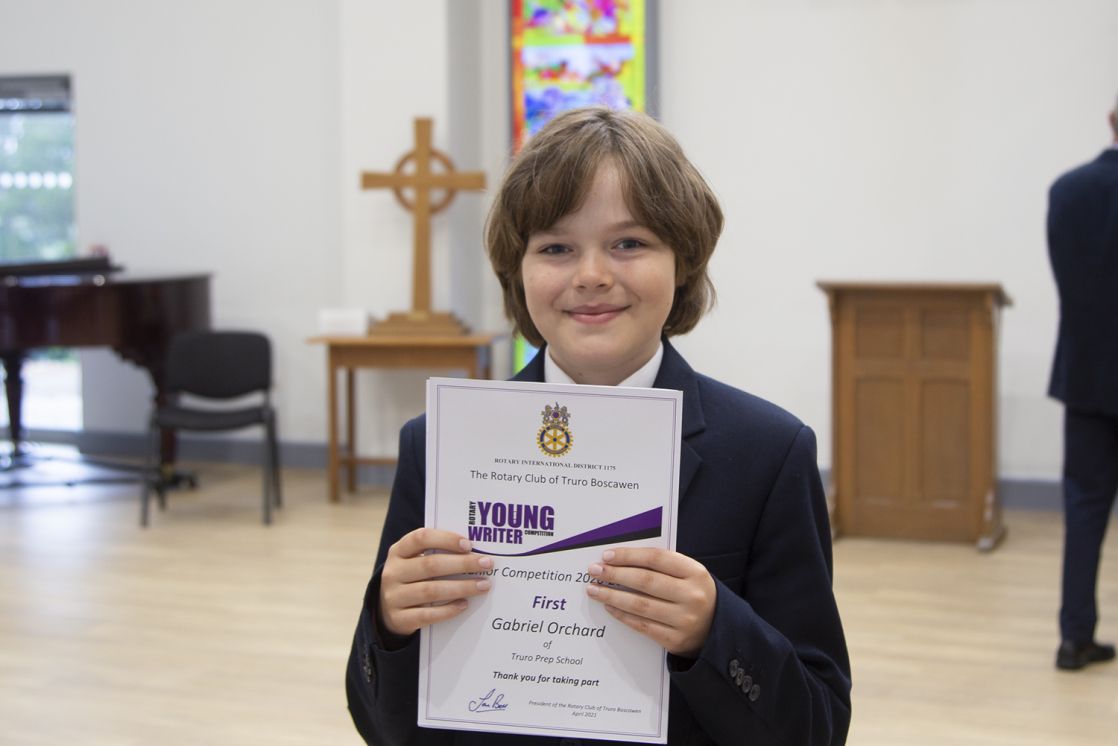 Two months after winning first prize in the local and district heats of the annual Rotary Young Writer competition, a moving short story written by talented Prep pupil, Gabriel, has won one of the top three places in the national competition.

Gabriel’s story on the theme of “My Happiest Day” beat hundreds of young writers from across the country to take third place in the junior section (7 – 10 years) of the national finals of the prestigious Young Writer competition.

“This is a fantastic achievement” said Richard Lingham, organiser of the competition on behalf of the Rotary Club of Truro Boscawen. “We are all very proud of Gabriel and would like to thank everyone who has been involved in this year’s Rotary Young Writer competition.”

Gabriel’s entry, which tells the story of a neglected and abused orphaned boy whose life had been transformed by a kind woman who adopted him, was inspired by “Street Child’, a book by Berlie Doherty which Gabriel had been reading in his English class.

Highlighting the power of the final line – ‘the first time he had not been waiting for something bad to happen…… every day became his happiest day!’, the national judges said that they were moved by the story of a young person finally getting a happy ever after home but also intrigued as to what would happen next.

Proud Mum Grainne Riley is delighted by Gabriel’s success. “I am really happy that Gabriel did so well in the competition” she said. “It is a huge encouragement to him to keep writing. Although he loves reading and books and telling stories, the physical act of sitting down to write is harder for him.

“The Young Writer competition is a great way to encourage children to write. It’s open in its approach and the volume of writing is not too intimidating. Finding a way to bring literature alive for children is the key to engaging them in their own writing. Gabriel was lucky to have an amazing English teacher – Mrs Gregory – who used stories to bring Victorian England to life during lockdown lessons. This inspired Gabriel and the era became the foundation of this piece of writing.”

The Rotary Club of Truro Boscawen has a proud history of encouraging local young people to take part in national Rotary competitions, organising heats of Rotary Young Leader, Youth Speaks and Young Chef events, as well as the Young Writer competition. They also stage a number of fund-raising events to support local, national and international charities. Further information about the club’s activities is available from their website.

The Club has been taking part in the Young Writer competition since it first began, with this year’s local heat attracting more than 100 entries – three times as many as usual – from schools in and around the Truro area.

President Ian Bell said that the quality of this year’s entries had been among the best they had ever seen. “We received an incredible variety of entries from local schools and I am delighted that a story from a Cornish pupil was awarded third place in the national competition” he said. “This is a tremendous achievement at a time when lessons were taking place online and I would like to congratulate both the staff and their pupils for their efforts.”

The theme for next year’s competition will be declared nationally in August. The Rotary Club will be writing to all local schools in the Autumn inviting them to take part. 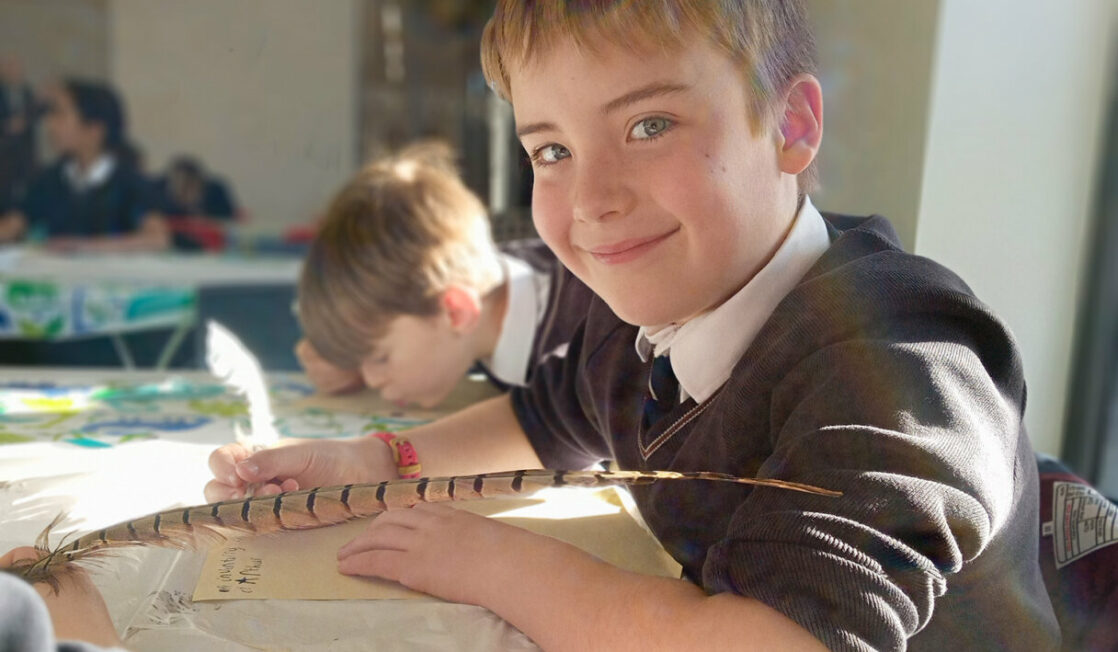