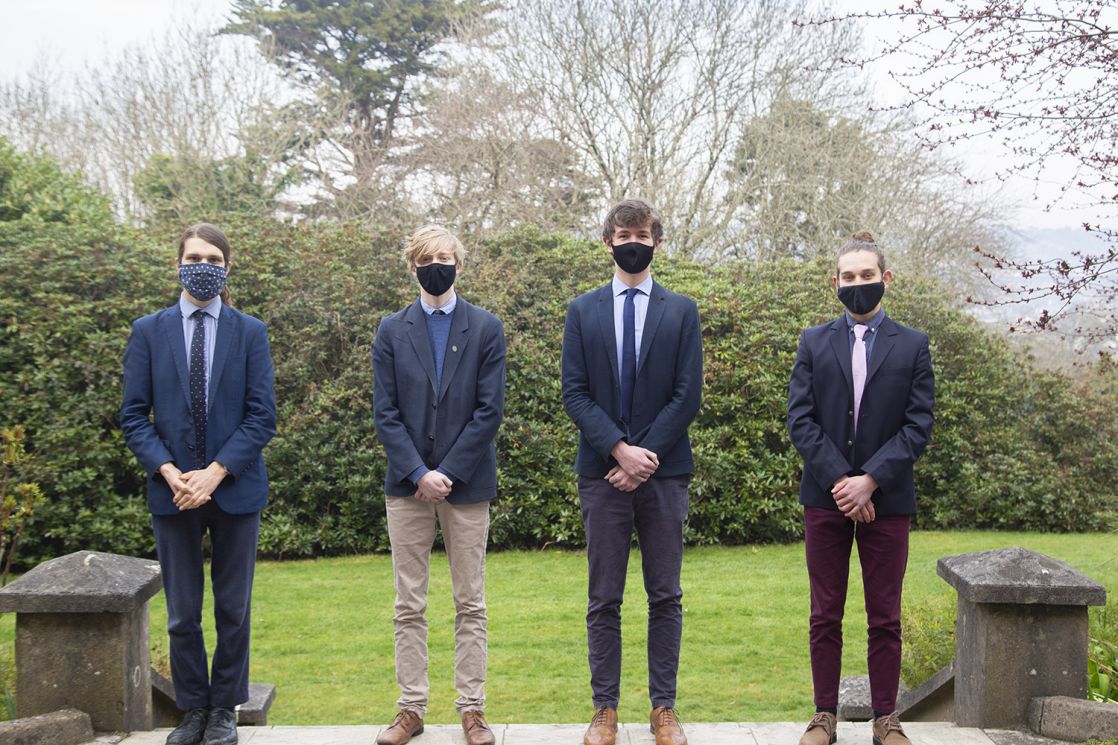 Truro School would like to congratulate four Upper Sixth students who were offered places at the University of Oxford and University of Cambridge.

In what has been an unprecedented year for all, it did not prevent our students from continuing to challenge themselves through applying to the University of Oxford or the University of Cambridge. This was, arguably, the most demanding application year to date with significant changes to the application process which meant that each stage of the application was adjusted (including pre-interview, at-interview assessments and interviews) to be completed via online platforms. This created a new challenge for all who were offered an interview. However, each pupil took it in their stride, turning each new task into a chance to learn and strengthen their digital skills in order to portray their exceptional subject knowledge.

Mrs Eleanor Collinge commented: ‘I am delighted to announce the success of four of our pupils who have been offered a place at either Oxford or Cambridge. I am also unbelievably proud of each pupil who followed the Oxbridge programme through as the resilience and strength shown has been impressive. Part of the challenge of applying to either Oxford or Cambridge is knowing that the outcome of an application can help to identify which type of university, teaching style and learning environment will help you to thrive as a student. For those offered a place, it is the beginning of a working relationship with tutors (often who have interviewed you) who you will go on to study under next year. For those who were not offered a place at this time, the application is never in vain as the outcome helps to show that other outstanding universities will instead provide an even better environment for you to thrive in beyond the Sixth Form. Similarly, due to the rigorous application process, each application made to Oxford or Cambridge ensures that you have applied to your other chosen universities in a competitive manner. For those that applied this year, they have already found great success in receiving offers from some of the top universities in the country.’

It is not expected that all students who take part in the programme will go on to apply to study at Oxford or Cambridge, but the personalised approach that starts in the 5th Year ensures that students are able to make an informed decision on which degree path and university is best for them. If you are in the 5th Year or Lower Sixth and are interested in applying but have not yet contacted Mrs Collinge, please don’t hesitate to get in touch – [email protected].

The students who have received an offer of a place are:

As well as the success with our Oxbridge applicants we are also delighted to announce that all students applying to the USA and Canada have been offered places at their chosen university. In a year which has seen SATs going test optional, the number of international students worldwide applying to US colleges has risen exponentially. For example, NYU saw 100,000 applicants to their freshman classes this year alone. With such competitiveness we are delighted that our students all received their offers – we will be sharing more details about this story next term.