As well as winning the junior section of the local heat, Gabriel’s story on the theme of “My Happiest Day” also won the junior section in the District Final, beating hundreds of young writers from across Cornwall and Devon. Gabriel’s entry has now been entered for the national final where he will compete with other young writers for the title of Rotary Young Writer of the Year.

Based on a book Gabriel had been reading in his English class, his entry tells the story of a neglected and abused orphaned boy whose life was transformed by a kind woman who adopted him – “the first time he had not been waiting for something bad to happen…… every day became his happiest day!”.

“I was inspired by a story called ‘Street Child’ written by Berlie Docherty” explained Gabriel.  “I based my story on the theme of that story, with my own characters, obviously.”

Organised by members of the Rotary Club of Truro Boscawen, the local heat of the national writing competition attracted more than 100 entries – three times as many as usual – from schools in and around the Truro area.  The competition is split into three age groups: Junior (7 – 10 years); Intermediate (11 – 13 years) and Senior (14 – 17 years)

Gabriel was not the only young writer from Truro School Prep to impress the judges at this year’s competition. Fellow pupil Jessica C received second prize for her story, while Florence A was awarded third prize.

Each of the three winners were presented with a certificate and a national book token to the value of either £25, £20 and £15 by Cornwall’s Lord Lieutenant Edward Bolitho, who also presented Highly Commended certificates and £10 book tokens to Olliver G, Iris K, Grace N, Evie N, Ayesha P, and Rupert W.

“It is so good to see children being encouraged to take part in creative writing at an early age “ said the Lord Lieutenant. “Writing skills are so important in all areas of life and I would like to thank members of the Rotary Club, the teachers at Truro School Prep and, of course, the pupils for making this year’s Young Writers competition such a great success”.

Richard Lingham, organiser of the competition on behalf of the Rotary Club of Truro Boscawen, said “We had 111 entries across the different age groups for this year’s competition, 88 of them from primary and prep schools.

“The quality of writing has been simply stunning and I would like to congratulate the Truro School Prep pupils for winning first, second and third prize in the junior section, together with six Highly Commended awards.  This is a significant achievement and everyone at the school should rightly be feeling very proud.

“I would also like to praise the commitment shown by teachers Sian Cadwallader and Sally Luxton in supporting pupils, and to thank my fellow judges for their time and professional input “.

Praising the pupils for their entries, judge Lois Bush said it has been a real privilege to read their work.

“Good stories take the reader into the world of the author. These young writers used beautiful descriptive language and heartfelt emotions to produce poems and stories which made us forget the world we were in.

“The theme of this year’s competition was “My Happiest Day “ – reading your work in the middle of lockdown created some of my happiest days – thank you”.

The Rotary Club of Truro Boscawen has a proud history of encouraging local young people to take part in national Rotary competitions, organising heats of Rotary Young Leader, Youth Speaks and Young Chef events, as well as the Young Writer competition.  They also stage a number of fund raising events to support local, national and international charities. Further information about the club’s activities is available from their website .

The Club has been taking part in the Young Writer competition since it first began and President Ian Bell said that the quality of this year’s entries had been among the best they had ever seen.

“This is a tremendous achievement at a time when lessons have been taking place online and I would like to congratulate both the staff and their pupils for their efforts”.

Also attending the presentation event were judge Juliet Lingham, and Peter Davies, from the Rotary Club.

Sian Cadwallader, Head of English at Truro School Prep, said, “In a time of dull, rainy days, away from school and friends, the given title of ‘My Happiest Day’ was a welcome ray of sunshine in a world of remote learning. Years 5 and 6 revelled in memories of happier days and delighted in dreams of a brighter future to come. Not surprisingly, over 50 pupils were inspired to put pen to paper and write. Their creativity and talent as writers have been deservedly rewarded as they reaped the full spectrum of winners and commendations. Congratulations to all pupils who entered, but especially to our winners and highly commended entrants.”

The theme for next year’s competition will be declared nationally in August. The Rotary Club will be writing to all local schools in the Autumn inviting them to take part. 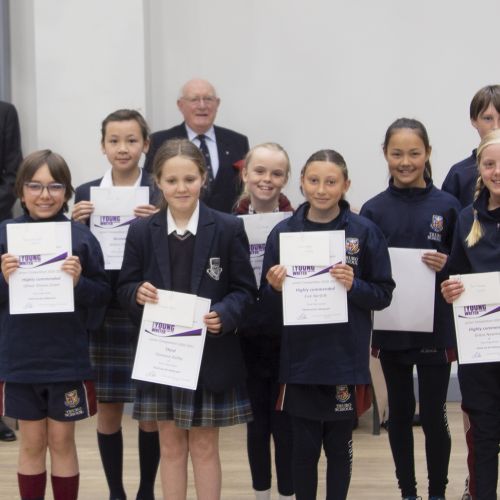 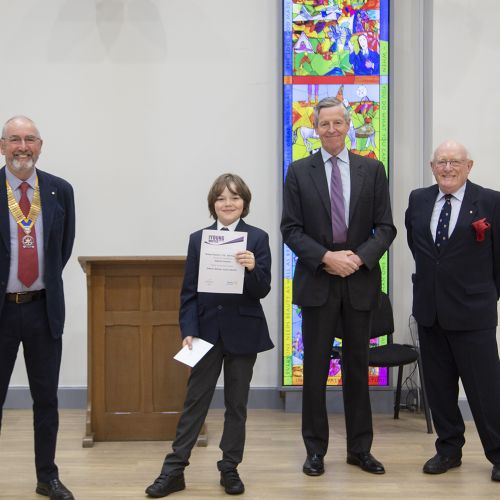 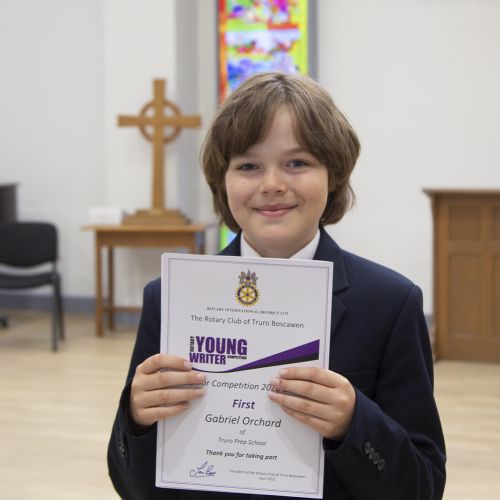 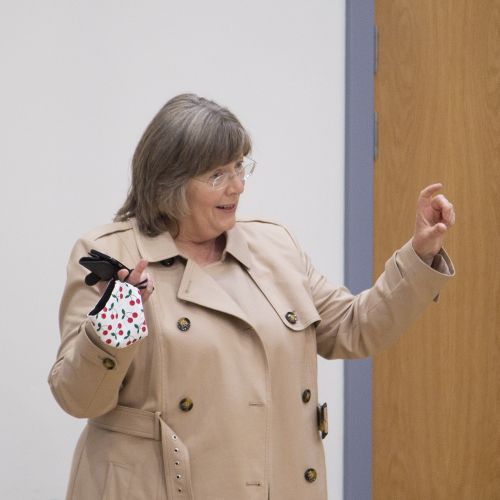 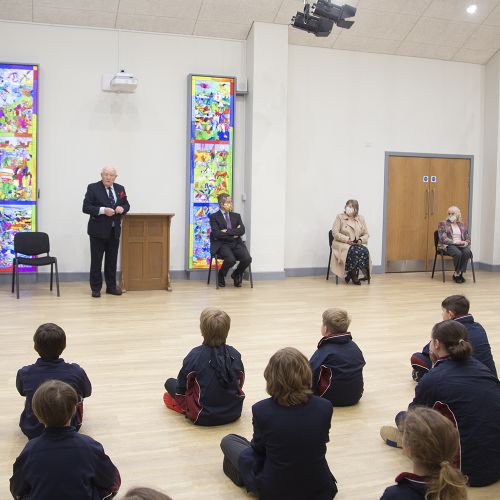 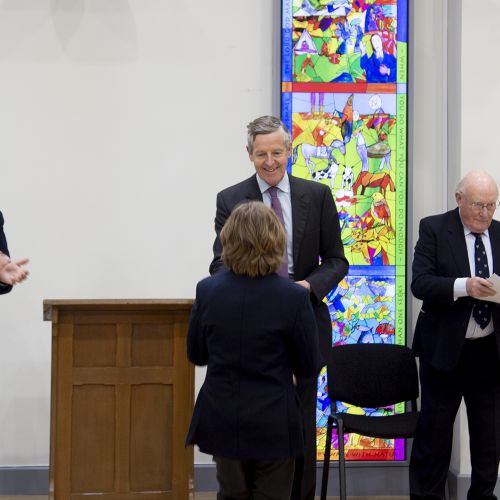 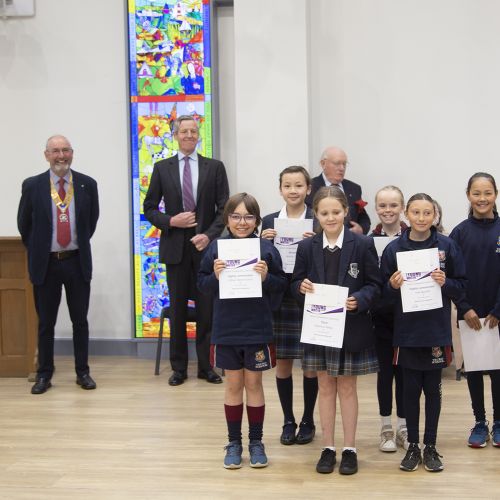 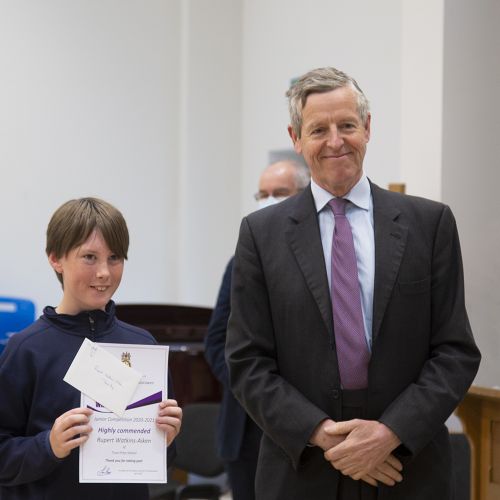 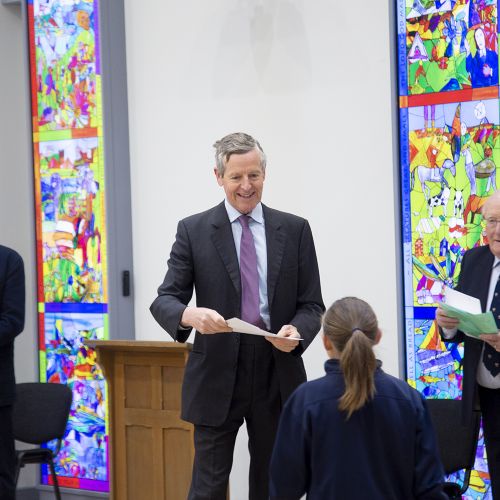 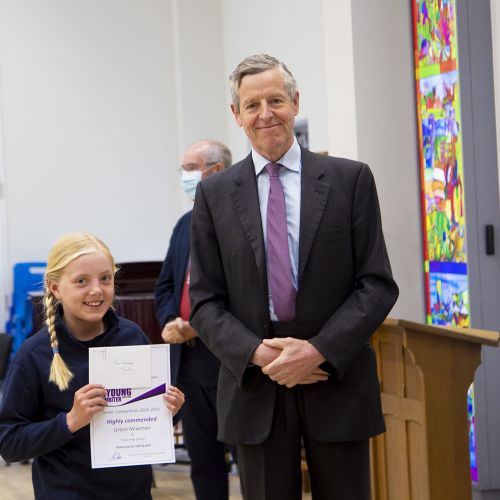 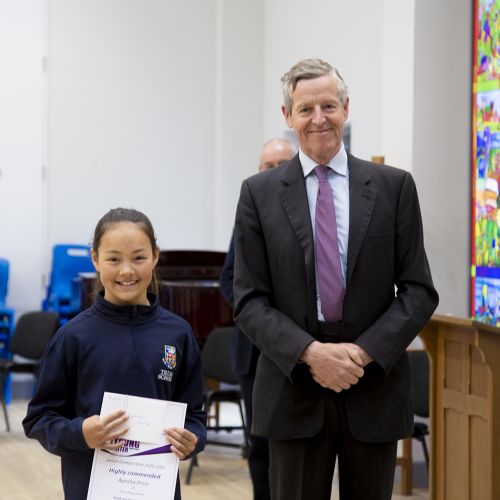 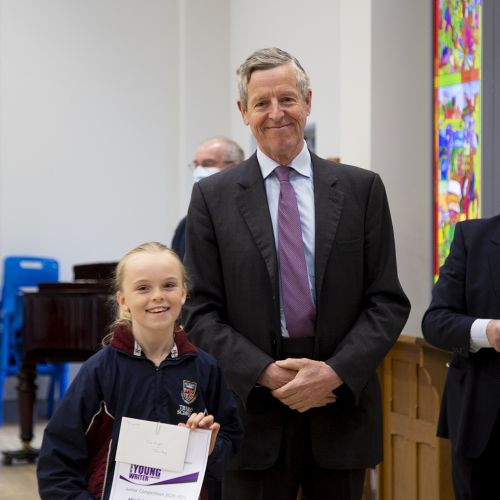 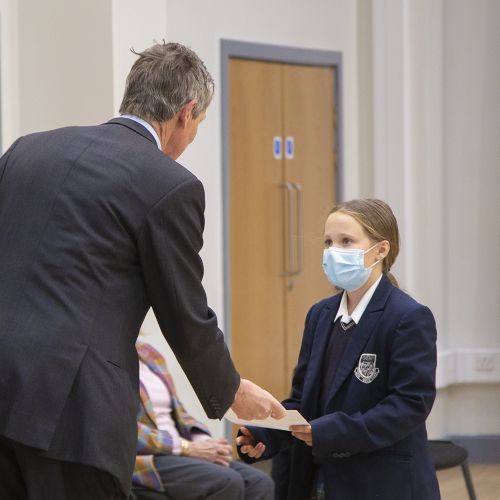 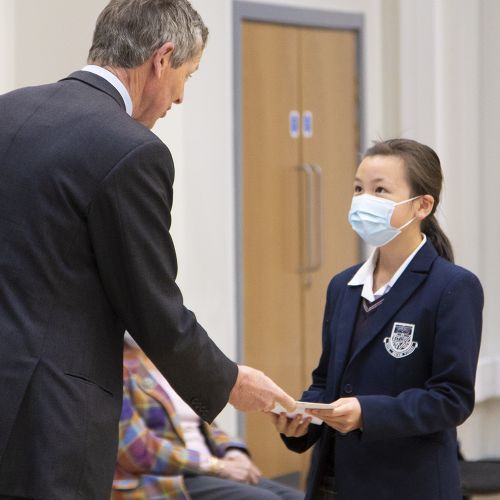 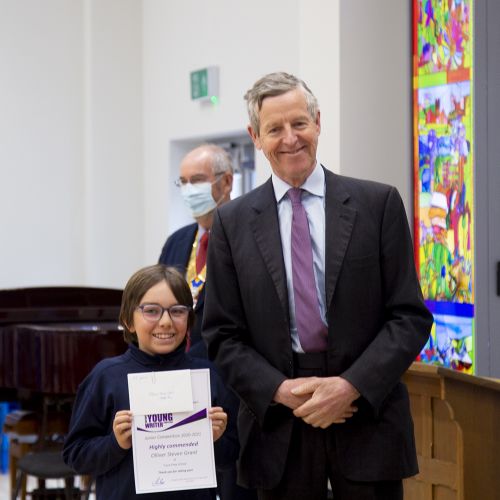 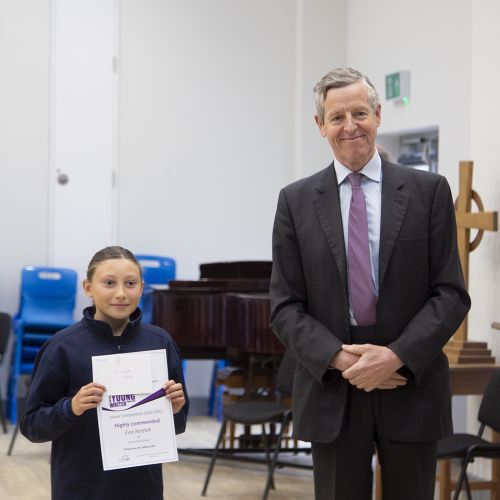