Truro School during the war and a career in the transport industry. 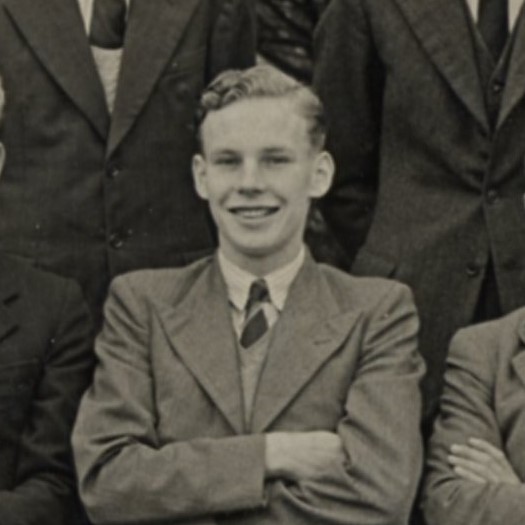 John Clymo CO46, the son of a navy officer, was one of several County scholarship boys from Camborne who started at Truro School in September 1939. John started alongside his friends Derek Coulthard CO45 and Edwin Rice CO46. At this time around 25 per cent of students attended Truro School on scholarships and John feels incredibly lucky to have been a recipient of one, as it gave him an opportunity which his family would not otherwise have been able to afford.

Starting school at the outbreak of World War II, John recalls being concerned that the war would affect his Truro School experience, but to his surprise it did not. He completed his first four years as a day boy, commuting daily from Camborne, until his parents and Dr Magson (TS Headmaster 1921-1946) decided that he would benefit academically by being a boarder for his final two years in the Sixth Form.

“The war didn’t have a tremendous effect on our lives.  At the outset we all raced down to the dip in the ground behind the tennis courts when the air raid siren sounded but that ceased when nothing happened.”

John explained that although the war did not really touch Cornwall, there were a few isolated bombings in places such as Falmouth and Hayle.  He also remembers fondly the Kent College boys from Canterbury, who were evacuated to Truro School in the early 1940s. John became close friends with many of them and enjoyed meeting up with them after they left Truro School.

John also remembers the presence of American soldiers in the towns around Cornwall before D-Day. Whilst at school he was an army cadet for the Home Guard and acted during manoeuvres, practicing as the messenger to the principal of the Camborne School of Mines who was “a typical Dad’s Army man.”

John remembers the surprise as more and more female teachers came to work for the school as the male teachers were called up. The more elderly male teachers remained, including Mr W.E.B. ‘Boozy’ Worthington (TS 1941-1968) and Mr Sam Rhead (TS 1937-1957).

Whilst John was at school participants in the annual sports day competed individually, and the boy who achieved the most points overall was awarded the honour of Victor Ludorum and the Victor Ludorum Cup. In 1942 John won the Junior Cup and then went on to win the Senior Cup in 1945-46 beating his friend Robert Shaw CO45. The following year Mr Creed (TS Headmaster 1946-1959) became the new head, abolishing the individual trophy in favour of a team one, thereby making John the last Victor Ludorum.

John was made a prefect in 1945 and was head of Smith House. He remembers with affection his Sixth Form years as a boarder alongside the Goodhand brothers – Ian CO46 and Derek CO47, John Bellingham CO46 (“who was a great full back in rugby!”), Cyril Stephens CO46, Donald Walker CO46, Kenneth Rust CO46, Ken Bailey CO46, and Robert Shaw CO45.

“My academic performance was modest, the options at Truro School at this time being ’Arts’ or ‘Science’. Economics didn’t figure but I managed to secure a rare ‘straight from school’ place in 1946 to read Economics at University College, London. Some 90 per cent of my fellow students were 1939-45 ex-servicemen so I learned as much about life generally as from my studies.”

At this time, John was part of the rare ten percent of individuals who were able to attend university straight from school. This allowed him to complete his two years of National Service after his degree.

Having played rugby since he was a schoolboy, John captained the college team. The team played on the University Vandals’ ground in Surrey because the university’s sports complex was still required for wartime purposes. John continued to play rugby into his 30s before switching his main sport to golf.

John had always been interested in transport studies, so had considered a career with BOAC (British Overseas Airways Corporation, or as John named it ‘Better Off on A Camel’) before it became British Airways. In the end he decided to pursue a career in the bus industry, starting his career with BET (British Electric Traction), the holding company for a group of 10,000 buses in the UK. His first posting comprised three years of graduate training, driving and conducting buses in Liverpool and Carlisle. John then completed his first job for South Wales Transport in Swansea, where he married his wife, Julie. They had two children: Jane (now a nurse) and David (who retired recently from being the Chief Executive of Schindler, the second largest worldwide elevator and lift operators).

John took the role of Assistant Traffic Manager and was posted to Derby and Cardiff, before being posted to Brighton. In 1969 John was asked to move to Kingston, Jamaica, to oversee the bus network there, managing over 2000 employees. John and his wife had an enjoyable seven years living in Jamaica with their children, before returning to London in 1974 when the bus company in Jamaica was nationalised by the Jamaican Government, which John helped negotiate.

John’s next international posting was to Eastern Africa, where he and his wife spent six years living in Nairobi, Kenya, before returning to London to oversee the local management of passenger interests for various countries, from Fiji to the USA.

John retired at the age of 60 and soon moved from Gloucester back to Cornwall to live in Mylor Bridge where he became an avid bowls player.

Since leaving school John has returned a few times to attend events, including the Afternoon Tea Reunion where he caught up with old friends.

John now has seven grandchildren and lives in a care home close to his daughter in Esher, Surrey, where we hope he enjoys a very happy 93rd birthday next month. 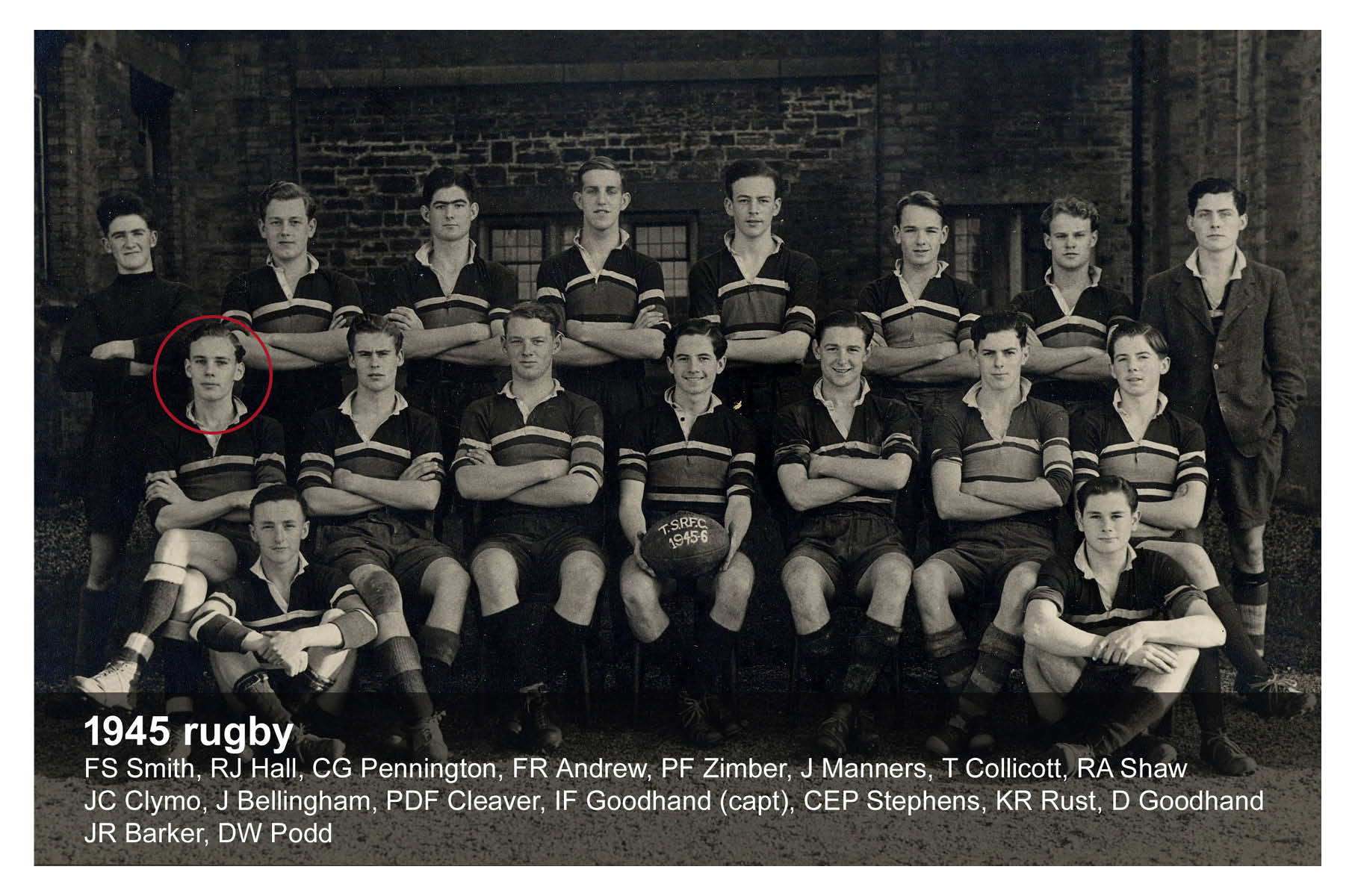 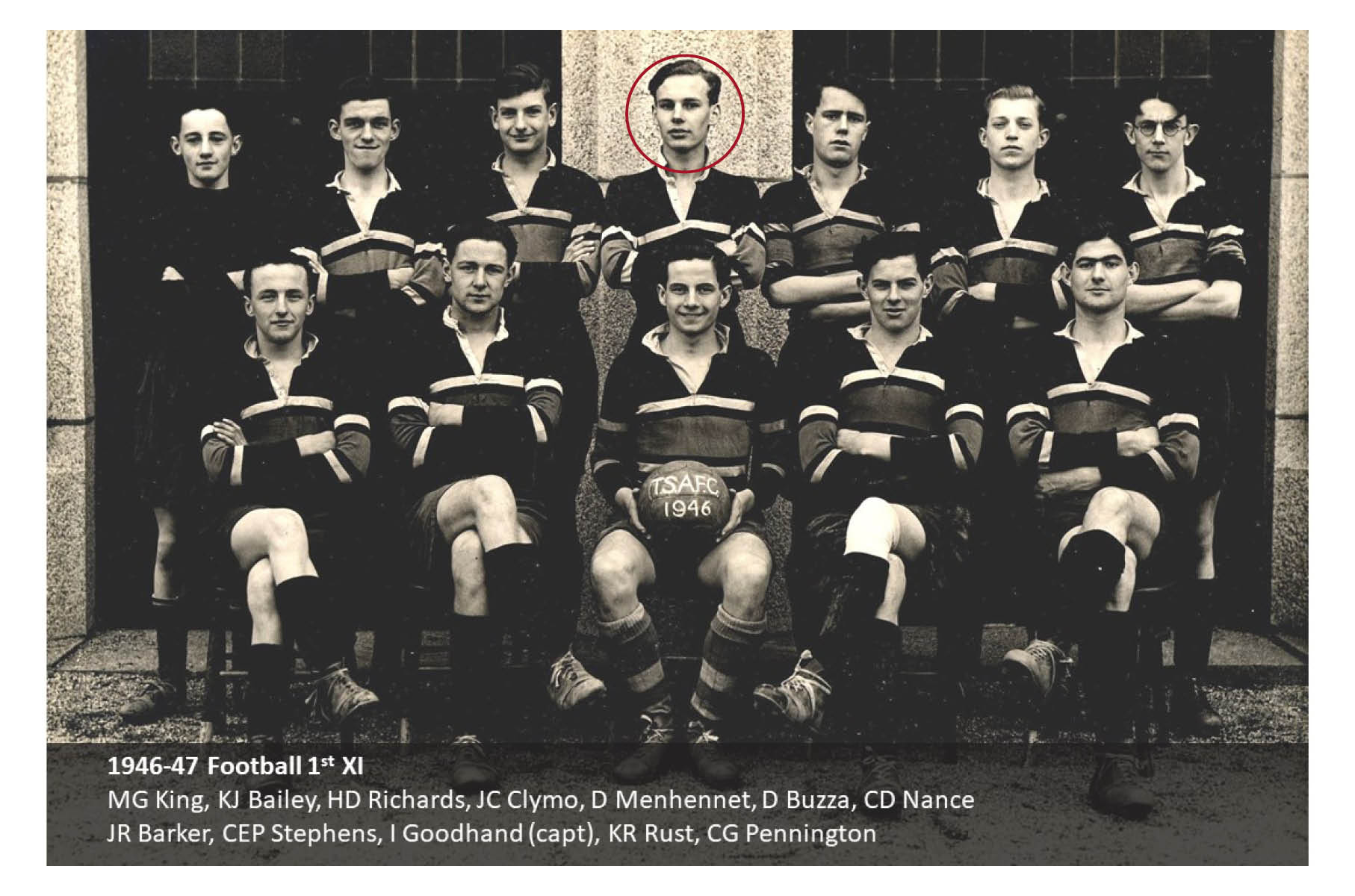 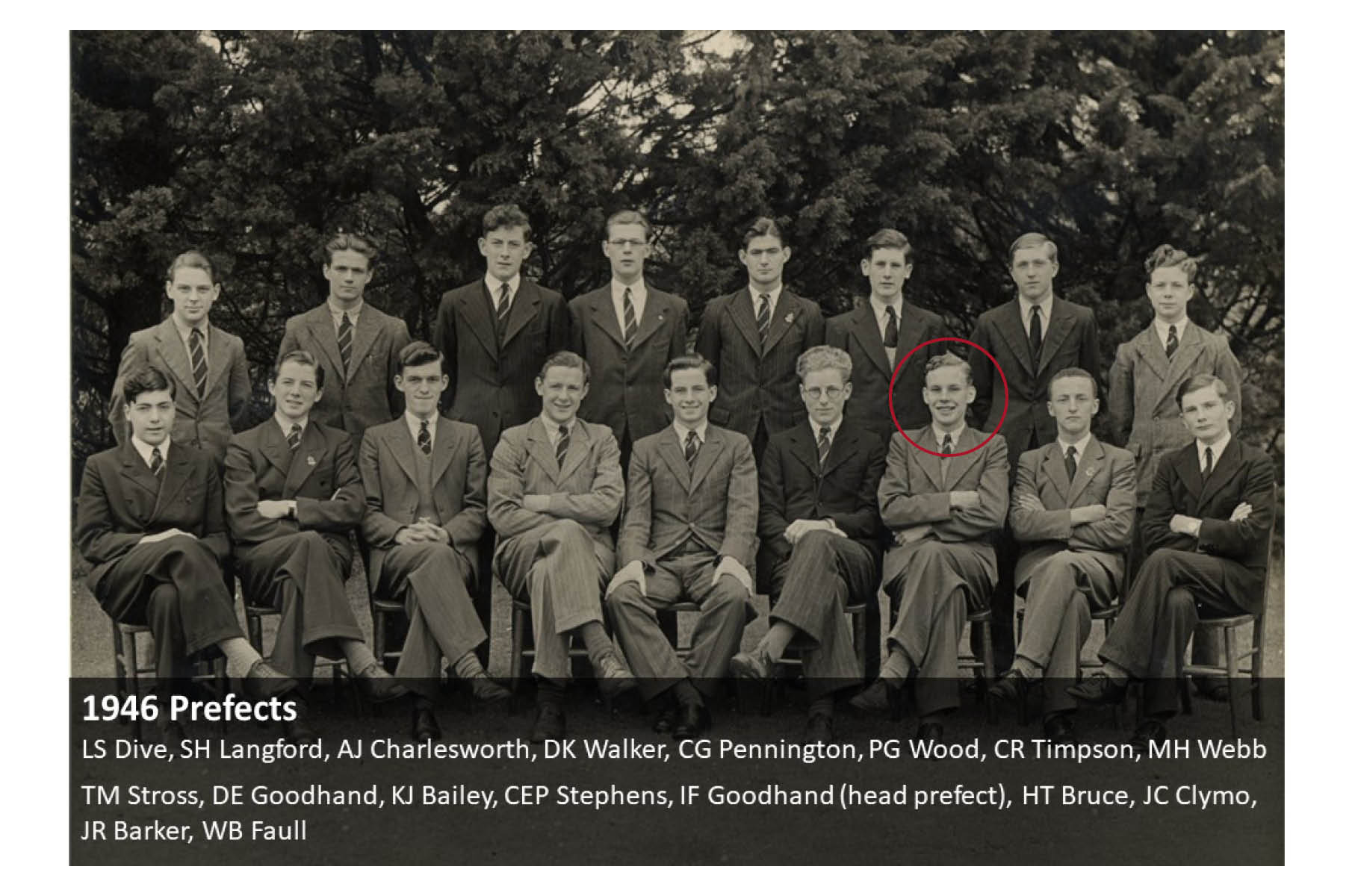 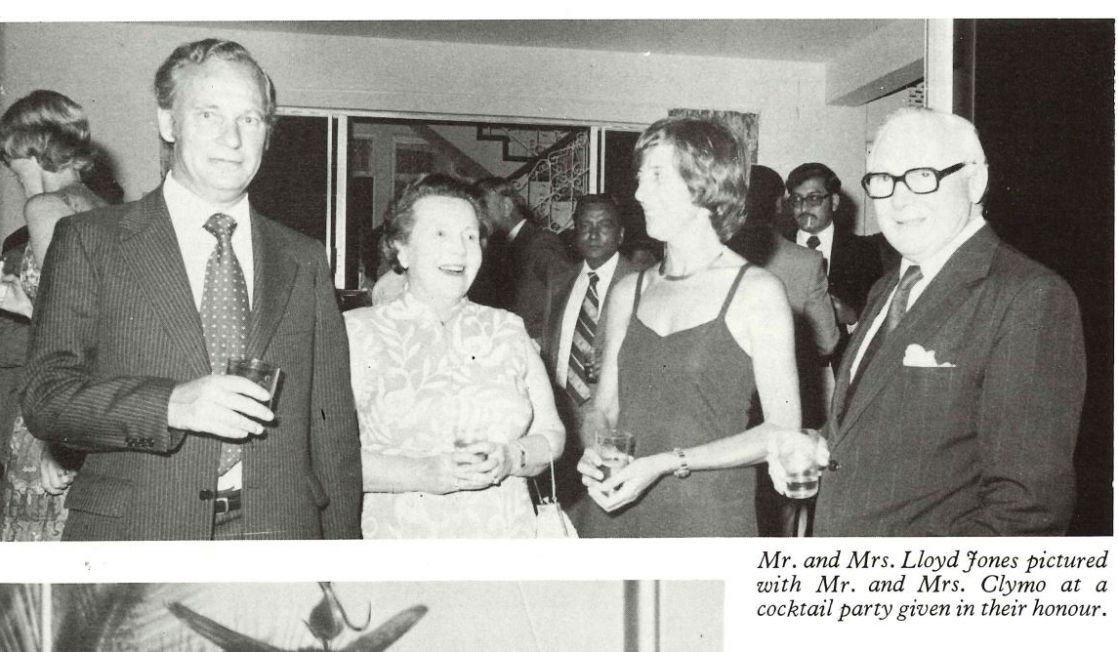 John and his wife in the late 70s with Mr and Mrs. Lloyd Jones who happened to be the grandparents of The Truro School Archivist - Jo 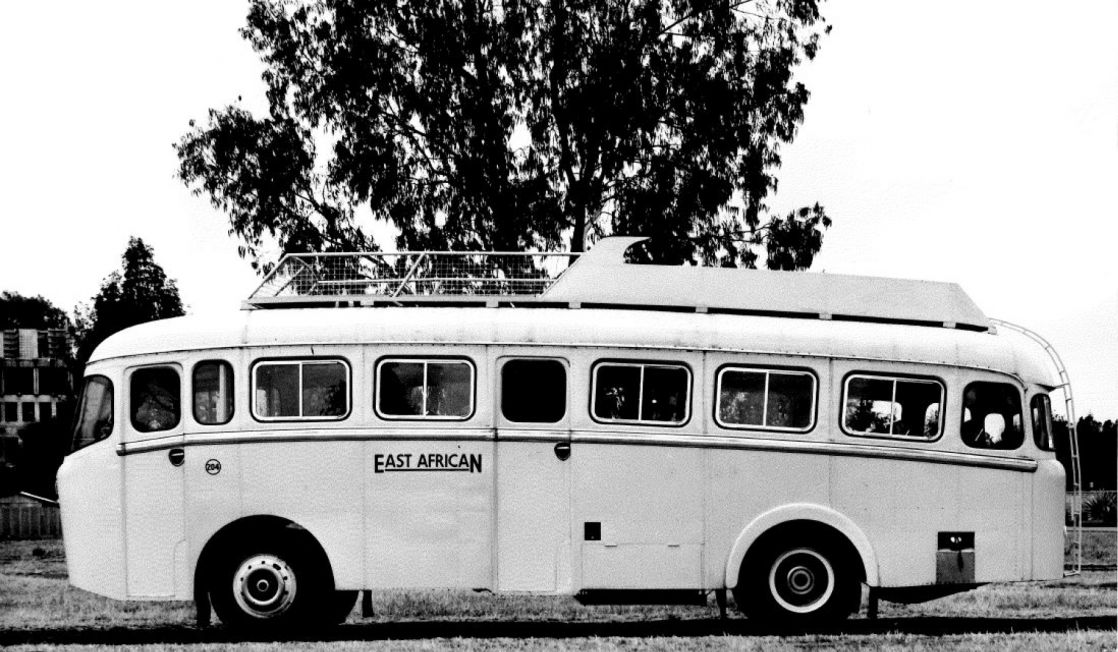 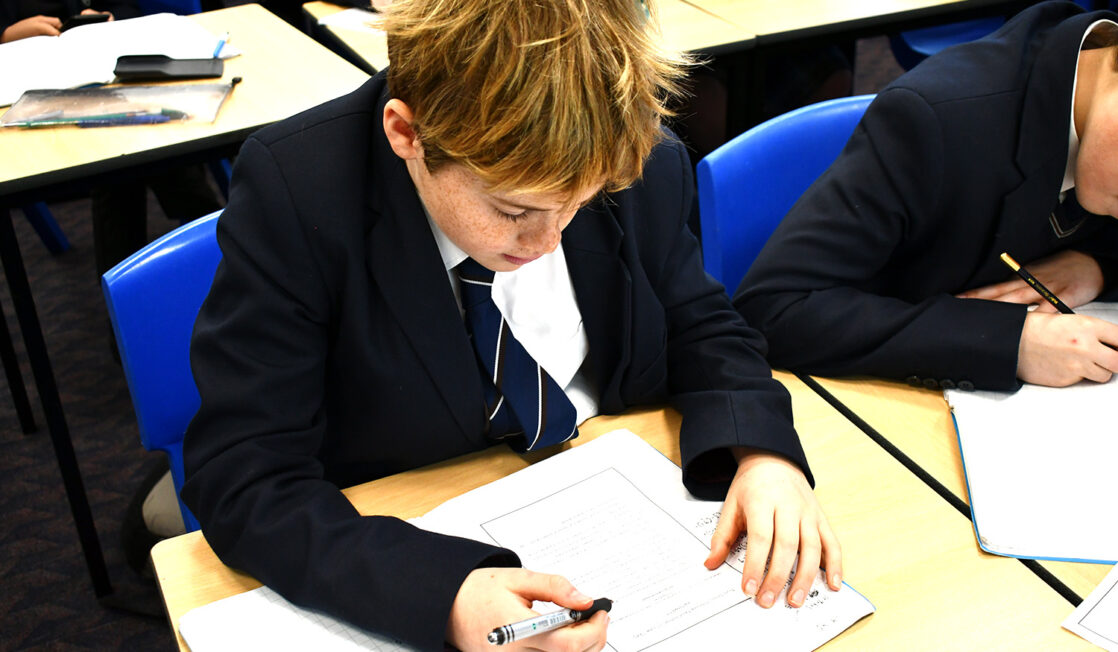