Environmental Campaigner, Strategist, Activist – saving the planet one campaign at a time 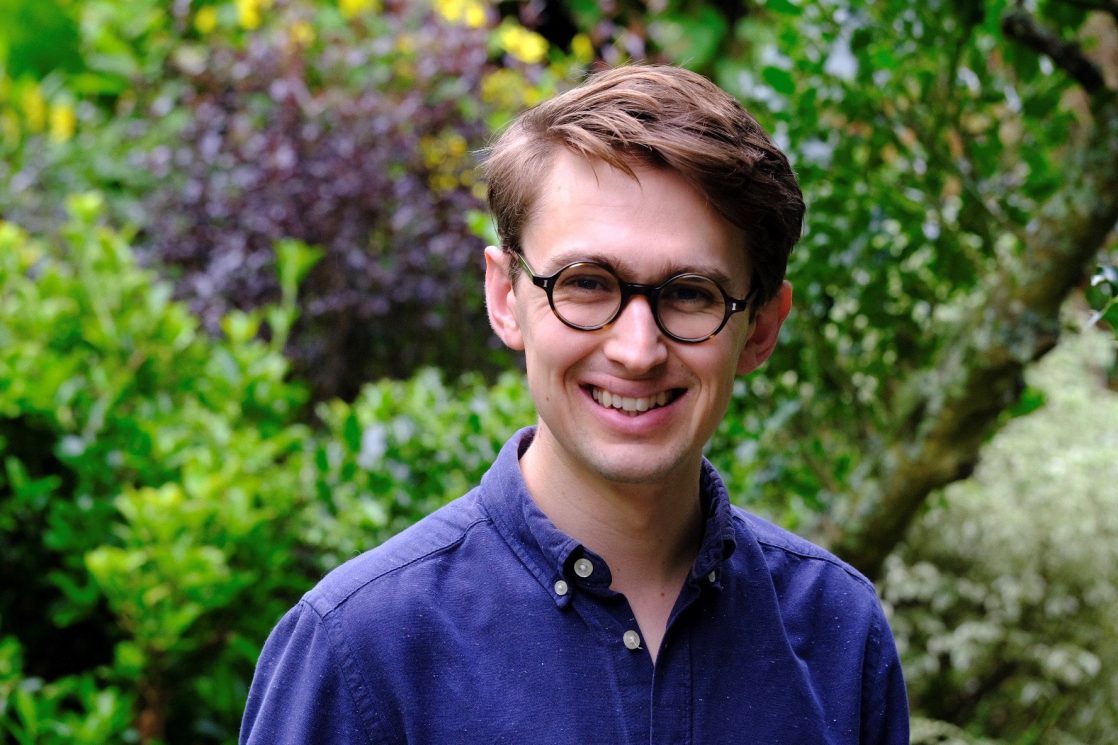 Joel Scott-Halkes boarded at Truro School between 2003-2010 on a full scholarship, before successful gaining a place at the University of Oxford. He is now an environmental campaigner and activist for Wild Card and RePlanet.

Did you enjoy your time at Truro School?

I had an incredible time at Truro School. As a full scholarship holder, I only really realise now in retrospect just how lucky I was. The diversity of education, the extra-curriculum activities and the nurturing environment of the school meant I came out feeling spoilt for choice of joyful things to do with my life. Most importantly for me, during my time there, it was an incredibly creative place.

When me and my friends decided we wanted to take over the art rooms to organise an acoustic charity concert, teachers bent over backwards to help make it happen and let us make our crazy plan come true. That says so much about how I remember Truro School.

Do you have any special or specific memories of your time at Truro school?

Our history teacher teaching us in gory detail about the black death and getting us to have a competition for who could do the most convincing death spasm on the floor of the classroom.

School plays that were so absurdly ambitious that they rivalled West End productions!

Did you have any specific career dreams or aspirations? Or when did you first decide upon a particular path?

I genuinely came out of Truro School inspired to try a bit of everything. I think that was the best bit, I really didn’t feel funnelled into only one life path, instead I felt quite empowered to try an unusual mix. My career ambitions were to be an artist, a filmmaker, a writer *and* a politician that changed the world. Maybe a little unrealistic now I think of it. But now as a full-time environmental campaigner I’ve found myself doing elements of all those careers all at once so it kind of worked out after all…

What did you do immediately after leaving Truro School?

I was super lucky to get into Lady Margaret Hall College, Oxford where I initially began reading English Literature. After a year I switched to studying Fine Art in which I managed to get a first-class degree three years later. After that I went straight into the film industry, making music videos, commercials and then going into the heady world of international feature film financing and production.

Where do you live now?

After 6 years in London I’ve now been back in Cornwall for nearly a year but I’m now in the process of buying a house in Plymouth (my Cornish roots are appalled, of course!). My partner has family there and I’m obsessed with the landscape of Dartmoor and Cornwall equally so it’s the perfect place for our next move. Cornwall’s in my blood. I will never stop regularly coming here. I would love to come back to Truro School and visit but haven’t yet. Hopefully soon?!

Where do you work now and where is your employment based?

I’m now a full-time environmental campaigner and activist splitting time between the UK rewilding organisation I co-founded, Wild Card (www.wildcard.land), and the Europe-wide climate campaigning group RePlanet (https://www.replanet.ngo/), where I am Campaigns Director managing campaigning on climate and nature across 12 different EU countries.

Wild Card is calling for the UK’s biggest landowners to rewild their land to help save Britain’s plummeting wildlife and stabilise our heating climate. Rewilding is the single most inspiring thing I can imagine devoting my time too. After thousands of years destroying the natural world and our own life support systems, humanity can now finally become a force for good in this planet by giving land back over to wildlife, reintroducing missing species and restoring our rivers and seas.

In RePlanet we’re trying to change policy in Brussels and in Westminster to end carbon emissions as quickly as possible and also radically transform agriculture to use less land so that we can make space for nature.

What does your current role entail?

As a campaign strategist I basically wake up every morning and face the awe-inspiringly fascinating question “how do we change the world?” or at least “how do we try…”. The answer is never the same twice and so our tactics are always evolving.

At the moment the main area of change I’m working on is how to get big landowners (like the Royal Family, the Church and the Oxbridge Colleges) to start giving some of their huge amounts of land back to nature. With 50% of England owned by less than 1% of the population, the future of our natural world and our climate really is in the hands of these landowners. So much of the British landscape is actually in an appalling state for nature and we don’t even realise it. Dartmoor, for example – mostly owned by Prince Charles – looks natural but should in fact be covered in rare temperate rainforest! I and my wonderful colleagues at Wild Card are trying to figure out how make these huge landscape changes happen now, before it’s too late.

Because I also work for the EU wide group RePlanet, the specific campaigning work I instigate and coordinate includes everything from organising big colourful marches to Buckingham Palace with Chris Packham and hundreds of school children to deliver a 100,000 person petition (which made national news) to collaborating with world leading scientists to do painstaking analysis on what Brussels government policies need to be implemented to help save our climate… and just about everything else in between. Broadly speaking, my role is about experimenting with different creative and peaceful ways of persuading powerful people that they want to stop wrecking the planet and start repairing it. In the last few years as an activist I’ve done everything from have dinner with Benedict Cumberbatch and his friends to persuade them about the seriousness of climate change to blockade a coal mine with thousands of other activists in a snowstorm in county Durham.

In starting Wild Card we had to do a huge amount of work to create a new story and new visual identity for a whole new organisation. That was particularly thrilling, because now it’s gaining momentum and has been in the news headlines, you can really see those efforts paying off in the world.

The joy of my work is that I’m part of a community of people with a wide variety of skills (graphic designers, writers, scientists, journalists, artists, ecologists, community activists) all working together in service of a common goal that is far greater than our own self-interests.

Is there anything that you are especially proud of relating to your life or career?

After I left university I actually started down a very different path. I went into the film industry for a few years and tried very hard to become ‘successful’. I went to the world’s biggest film festivals, partied on the Grand Canal, hung out with celebrities, tried to get big film financing deals secured. Looking back now, I realise I was trying to prove myself and also live up to that idea that you have to be rich and powerful to change the world.

So what I’m most proud of really, is realising that was the wrong path. In late 2018 I dramatically decided to quit my job in the film industry and join a young Extinction Rebellion, which was my first experience of being an activist or campaigner. I’ve never looked back. Ever since that point I feel like I’m living a life of service to something greater than myself… to the next generation and to all the beautiful living beings that we share this planet with. That life of service, rather than a life of ‘success’ has for me been the route to happiness and contentedness.

Within my campaigning I’m extremely proud of our recent achievement in Wild Card of managing to get the Crown Estate (one of the biggest landowners in the UK) to seriously consider rewilding their estates. If we could get movement from them, it could start a domino effect on other landowners that could genuinely help turn the tide on nature’s decline in the UK.

Is there any advice you could offer anyone considering a similar life or career path?

It’s not for everyone, but my main advice would be to consider a life of service and worry less about being a ‘success’. It’s a very old-fashioned idea these days, but for me it’s been liberating. We are all intimately connected and utterly dependent on the rest of the natural world around us. Without thriving forests, clean rivers, abundant insects, fungal networks, microbial life – you name it, without any of it, there is no human life (and so no ‘success’ either!). Trying to be successful is so stressful… you’re currently having to worry about your own career, your own income, what your family and friends think of you and so on. But waking up each morning and knowing that your efforts that day will be for all of life… for something greater than yourself…. that, for me at least, has been a source of constant joy. It means as long as I do my honest best each day, I can rest easy knowing that I’ve done my bit.

Please tell us a little about your family life

My partner Gemma is an ongoing inspiration to me and a crucial collaborator. She’s a multi-talented creative. She designs and sells her own jewellery and does family portraiture photography. When it comes to creative problem solving in campaigning I can’t ever really come up with any good ideas without her to be honest! We have these epic creative sessions together over tea and cake (essential) and that’s how the best ideas always seem to come up. She and I have a very lively dog and two adorable cats which makes our house feel a bit like a rewilded ecosystem sometimes.

My grandfather is a role model to me. He also made a dramatic early career change. In the early 1970s he went from being a Vulcan pilot in the RAF flying nuclear bombs around the world, to opening an art gallery in West Cornwall and becoming an early chairman of Friends of the Earth. My whole family is quite spiritual. My mother is a Franciscan and my father introduced me to Buddhism. Both of these are spiritual traditions that emphasise our connectedness with all life. Today I’m a practising meditator and try to live my life by Buddhist principles.

Read the full interview in the latest Truronian.