Another sunny and cloudless day in Cornwall were the perfect conditions for a geology trip.

This time the Lower Sixth groups, who’ve embarked on their A Level studies this term, stepped up their knowledge from GCSE geology to discover features of the metamorphic aureole surrounding the Cligga Head granite, on the coastal footpath between Cligga Head and Perranporth.

At Cligga Head, where the full force of the north coast waves and wind hit, there used to be a tin mine, which closed in 1945 after contributing valuable metals to the war effort, both tungsten for machine tools and tin for solder. Evidence of copper and iron staining can be seen on the cliff faces, alongside horizontal mine adits which extend back into the cliff.

Cligga Head quarry is a location to which geologists travel from all over the country to witness the unusual granite that is exposed there. Unlike typical solid Cornish granite which contains feldspar with a hardness of 6, this granite crumbles at the touch due to chemical weathering. The feldspar in the rock has turned to kaolinite (china clay) which has softened it and given it the crumbling texture. Greisen bands also cut through the granite, containing black tourmaline and topaz.

There were several other stops along the route, to investigate decreasing grades of thermal metamorphism, until the students reached the familiar stretch of sand that is Perranporth, which looked fantastic in the Autumn midday sun. 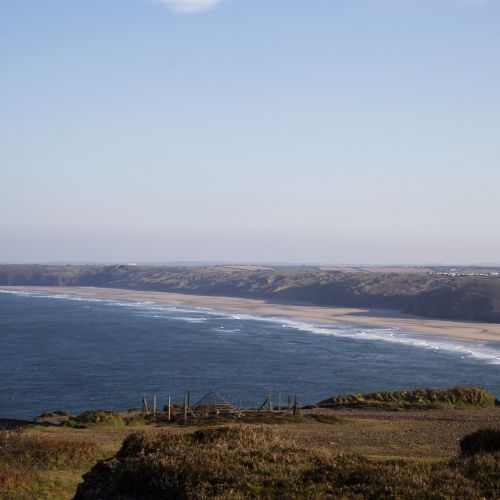 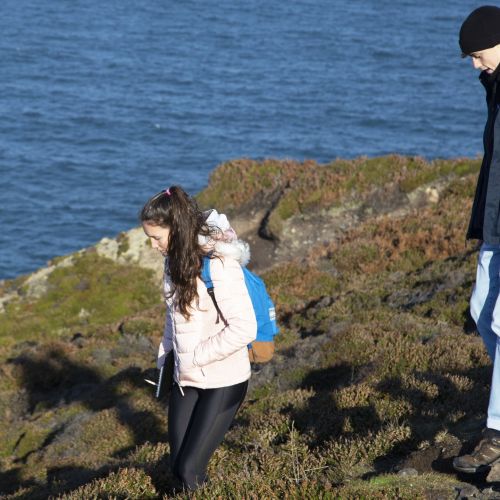 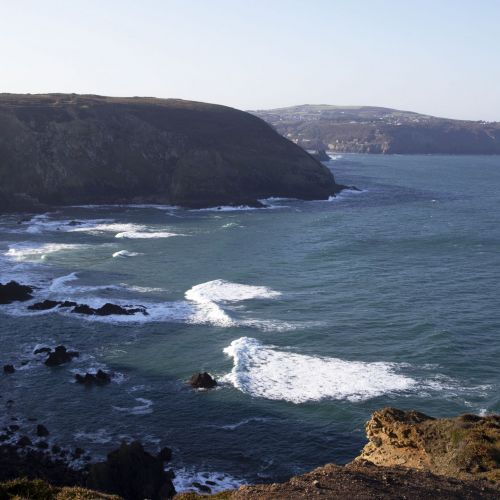 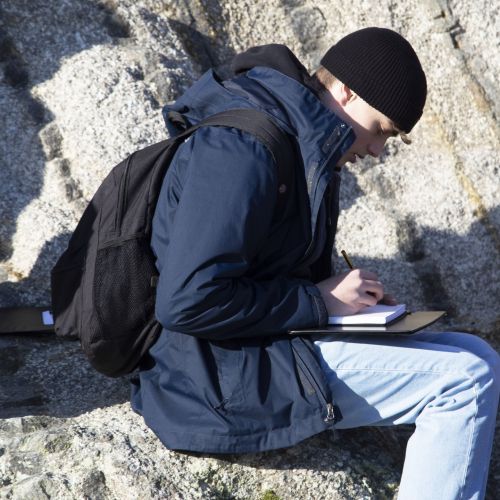 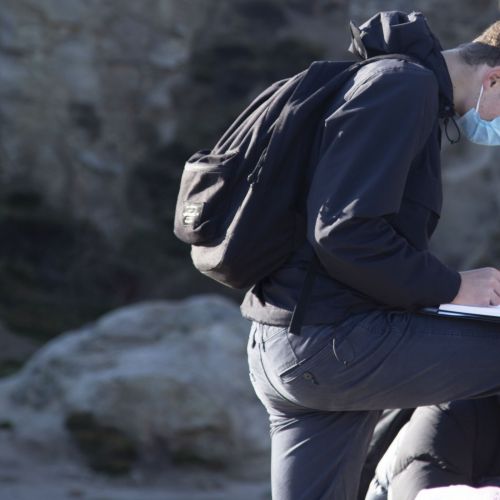 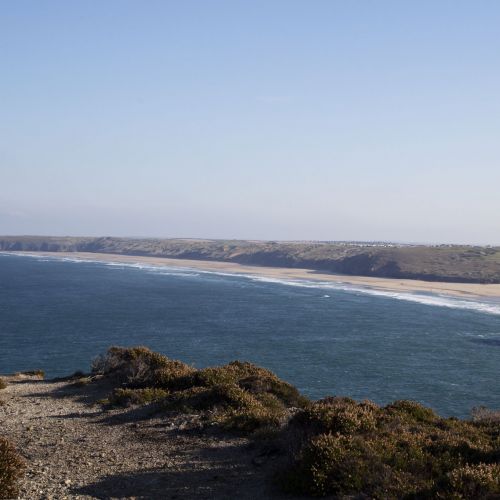 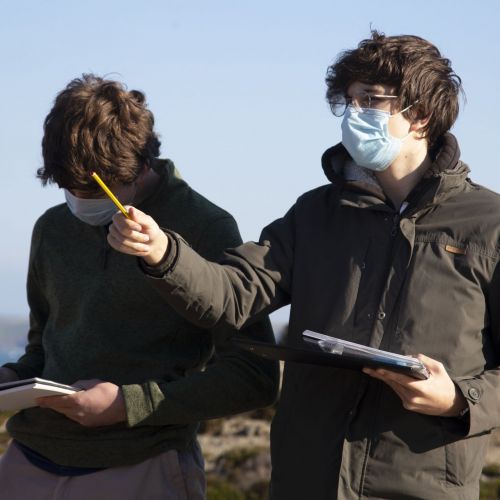 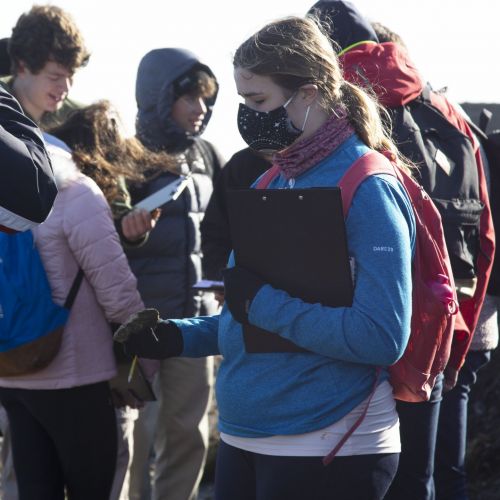 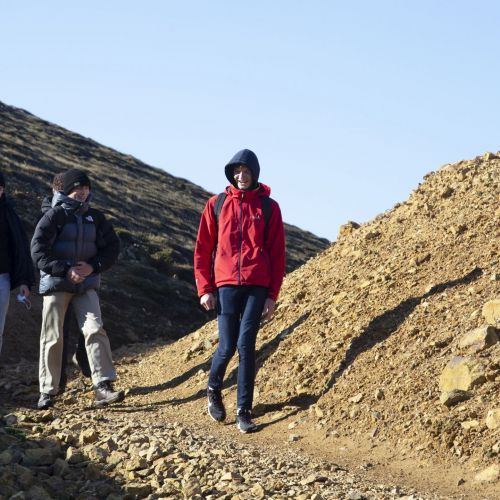 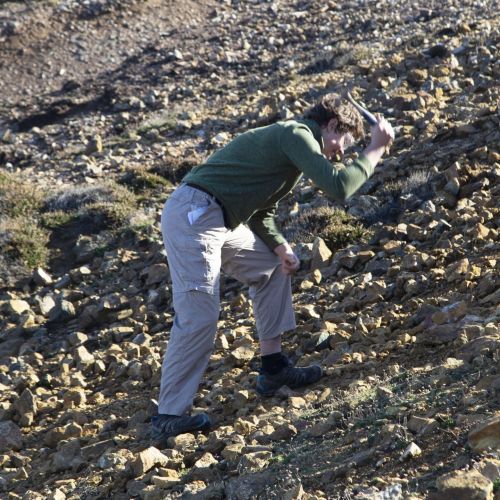 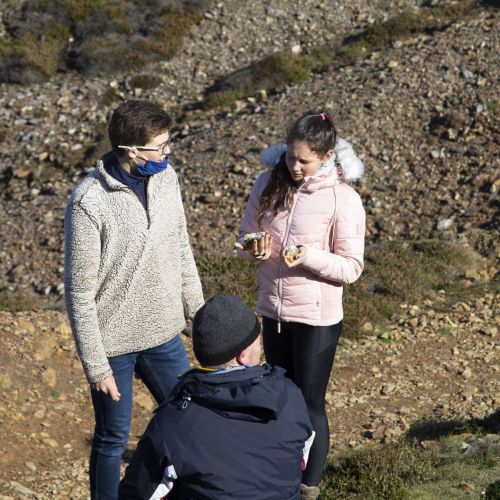 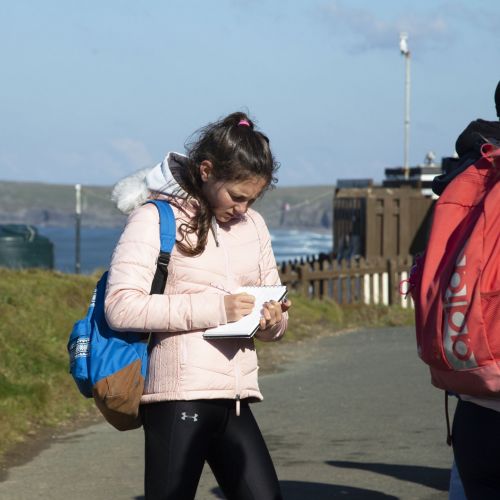 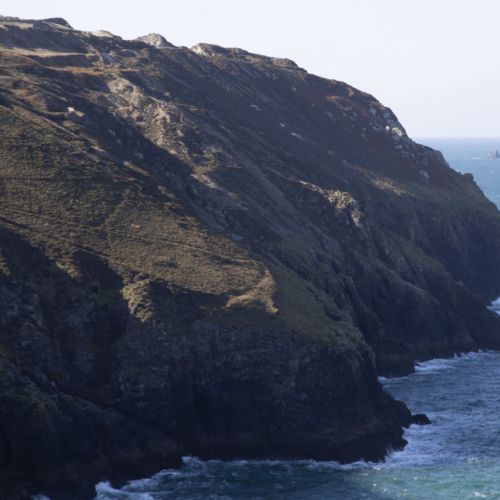 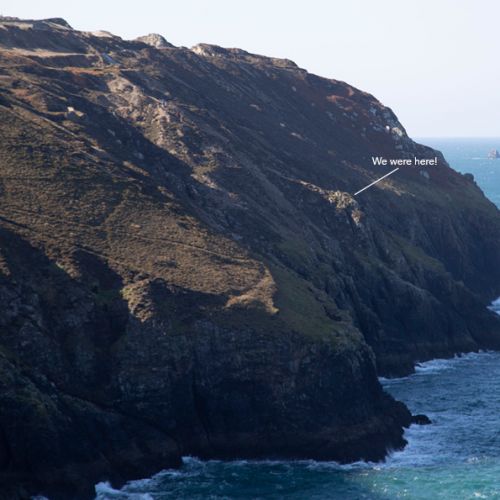