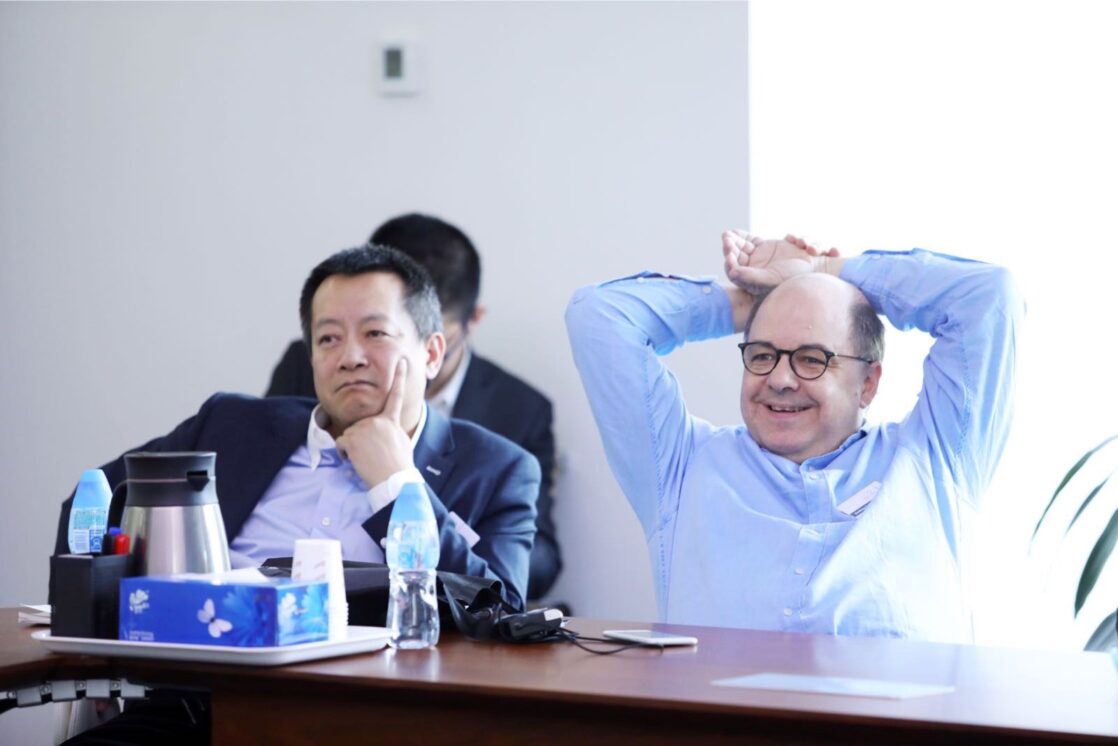 My time at Truro School planted seeds for my life in surprising and serendipitous ways.

In 1981, at the end of my Lower Sixth year, I had the fortune to be one of the winners of a Lloyds Bank-sponsored trip to China: “The trip of a lifetime” as the West Briton reported.  A trip to China in those days merited a second article on my return: “China trip was just marvelous – Andrew”.  This was just five years after the death of Chairman Mao.  I remember walking the car-free streets of Beijing in our group – noisily ringing the bicycle bells that we had bought.  The trip introduced me to China – and to McDonalds, which at that time had not reached Cornwall.

Little did I know then that I would return to China in 1999 to advise the son of one of Mao’s confidants on how to restructure the bank that he was in charge of; Or that my wife and I would move to live and work in China in 2005 and study Chinese and raise our son there for the first six years of his life, living 100 meters from the Shanghai equivalent of Covent Garden and the site of the first meeting of the Chinese Communist Party (which are both in the same place!).

Now China plays a role in most of what I do – advising businesses, governments and non-profits on China and what the opportunities and risks are; also as a board director of a Schroders investment trust investing across Asia and mentoring Masters students on international public policy at Oxford.

My passion for languages – and so, different cultures – has been a constant and helped take me there.  European languages, spurred by great teachers such as Mr Worsley-White (RGWW or ‘Root’ TS 1963-1987), Mr Hunt, M ‘Loopy’ Laupretre (TS Teacher of Modern Languages 1953-1992), ‘Daisy’ May and Mr Triggs (TS 1980-2003) and a bit of Latin thrown in by Mr Dunbar (TS Teacher of Classics 1965-2006), giving me the chance to work across Europe, live in Munich and work in the former East Germany after the Berlin Wall came down. And then Asian languages – dabbling in Japanese and working in Tokyo when Japan was on track to be ‘number 1’ in the late 1980s; some basic Korean to help me get around when I moved to Seoul; and finally Chinese.

I can look back now on a long consulting career with two of the top global consulting firms: Boston Consulting Group, where I led the Asian Financial Institutions practice and Booz Allen, where I was China managing partner. My interest in economics and public policy have also found an outlet, both in my time working on health and education with the Conservative Party Policy Unit and leading Tony Blair’s government advisory activities across Asia after he left office. Which gave me memorable opportunities to contribute and to learn in Vietnam and Mongolia, in particular.

I have also recently co-founded a non-profit organization to improve the UK’s knowledge about China (the UK National Committee on China); and I keep researching and writing with the UK’s top think tank, the Royal United Services Institute.

Film-making at Truro School set me on my way too.  RGWW famously also oversaw the Film Unit – where we made films on 8mm (pre-video) and projected cinema films weekly to paying pupil audiences. Film-making at school propelled me to film-making while reading Economics at Cambridge – which helped me land a summer internship with Chase Manhattan Bank in London (making their recruitment video as well as analysing company financials).  The following year, my video-making skills took me to AIESEC, a student business society – and helped me land an investment banking internship on Wall Street.

I have moved around a lot since Truro – working across Europe in strategy consulting; spending a summer in Tokyo while doing my MBA at Harvard; later moving to Seoul (just as the Asian Financial Crisis was about to hit and where I met and married Mari Heesoog, my wonderful Korean wife), and then on to Singapore followed by a spell in London before Beijing, Shanghai and Seoul again. We came back to London six years ago and our 15-year-old son has now lived more of his life in London than anywhere else. Covid permitting, we still travel to Asia regularly and my wife works on bringing Korean contemporary art to a UK audience.

Yet throughout, continual visits to Cornwall have also been part of our annual pattern. For pleasure and for memories – and in the past couple of years, also for some work: I’ve been pleased and proud to provide some advice to the Eden Project as they expand in China and launch a site with Chinese partners in Qingdao. A Cornwall-China connection that I could never have foreseen when I first set off for China from Truro back in 1981.

Read the interview in the latest Truronian. 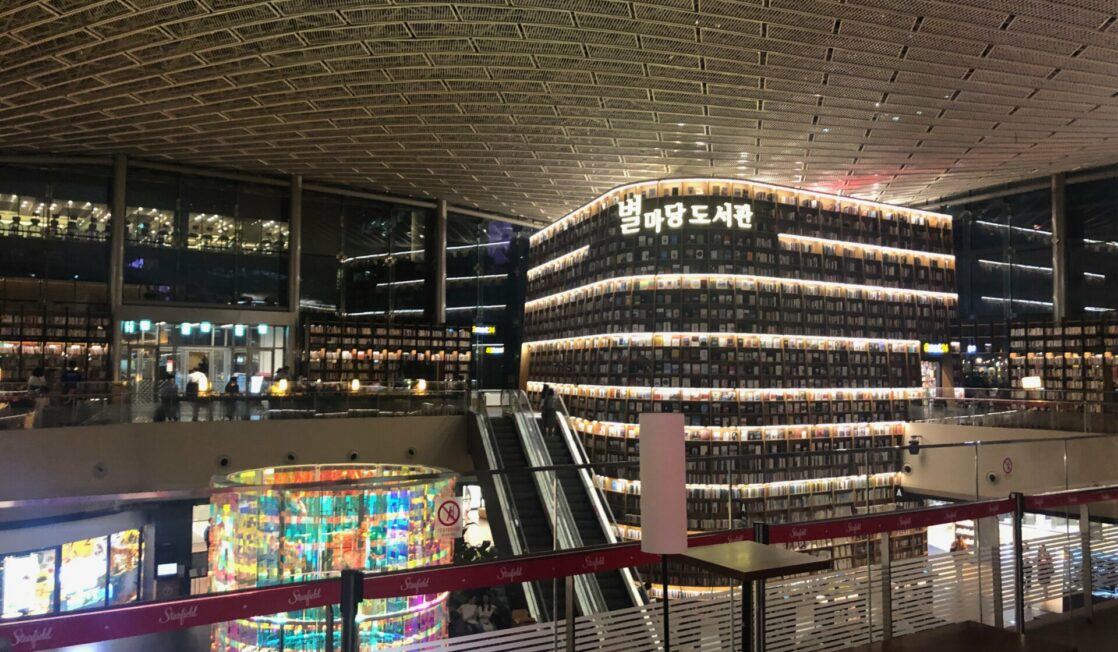 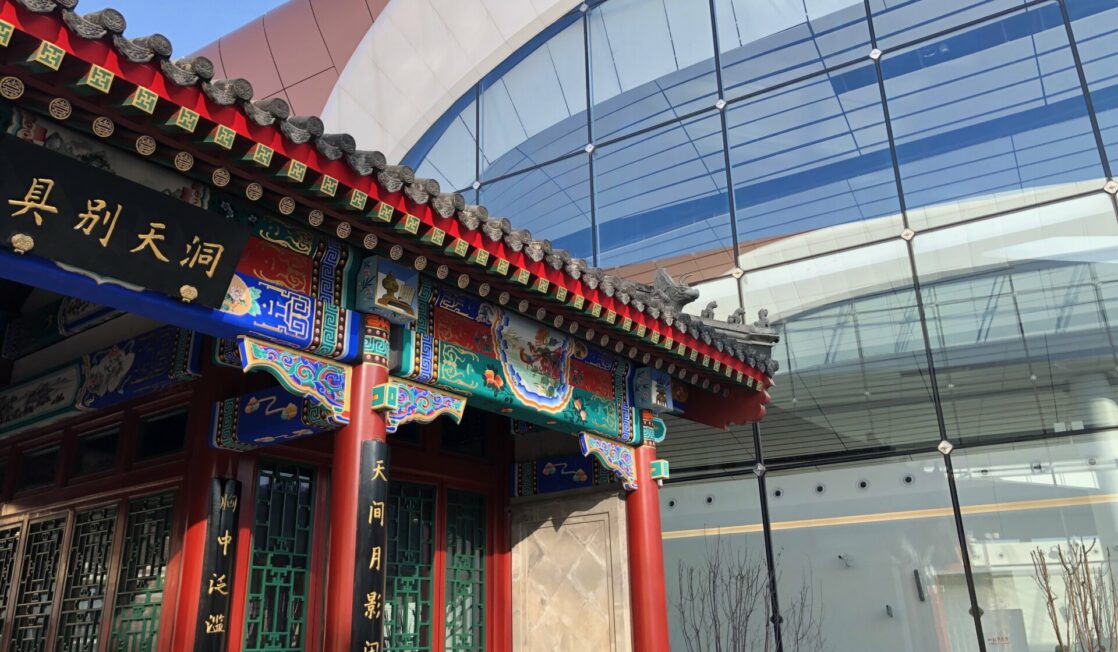 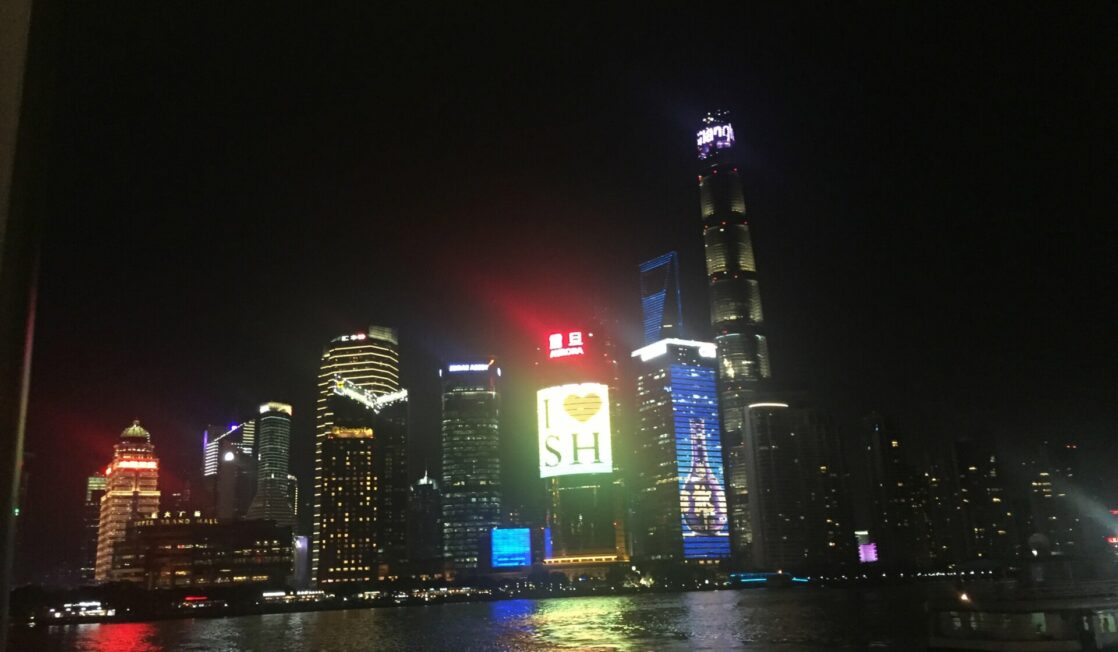