It has been great to welcome all the Trennick boys for the start of a new term; their enthusiasm and energy have breathed much needed new life into the boarding house. Ondrej was the first boarder to return on the Saturday before school started, and it was a real highlight of the year to see him arrive on the train from Heathrow. He was followed over the next few days by almost all of the boys, and they are now well settled into the slightly different routines of boarding and school.

The new boarders have all made an instant positive impact. Special mention must go to Andrew, who immediately enjoyed all the different boarding activities, and also to Vincent who has joined Truro Hockey Club and has been invited to train with the senior squad on Thursday evening. All the new boys made good friends with the returning boarders, and enjoyed their first week of lessons with the day students.

On their first weekend, the 1st to 5th year boys played plenty of football, rugby and field games on the school pitches – not even the 8.30pm darkness could stop the football match on Friday night. On Saturday they went to the Cookery school to make pizza, BBQ chicken wings, chilli nachos, garlic bread, brownies and cupcakes. Johannes was in his element being a keen chef. Andrew, Thomas, Cyrus and Vincent were also excellent chefs and have shown their household skills to be very good. The boys all tucked into the feast they had created in the Quad before tidying and cleaning up very well. On Sunday, Mr Nick Pilborough kindly took the boys to the local Boscowan Park for a walk, play in the field and an ice cream or cake.

The 6th Form boys had a relaxing first weekend with the majority of them getting ahead with schoolwork and getting organised for the week ahead. On Saturday, they went shopping for some BBQ food and we had a lot of fun cooking on the BBQ in the dark. Leftover burgers were enjoyed by Jonah (Mr Tom Hatfield’s dog)! On Sunday Trevor and Pietro requested to borrow Mr Hatfield’s TV to watch the Italian F1 Grand Prix. The rest of the boys enjoyed relaxing and socialising around the house.

This week has seen many of the boys enjoy clubs and activities; it has been great to see the younger boys engage so positively with the boarders’ evening activities such as football, basketball and badminton. Johannes and James, two of the new boarders, have been amongst the most active in the evening games.

This weekend, the younger boys had a great trip to the beach in the sunshine with the ever enthusiastic Mr Peter Thomson. It was a hot day so Mr Thomson, a keen sea swimmer, took the boys into the sea (on a beach with life-guards!) without wetsuits! They all enjoyed a well deserved ice-cream after the swim. 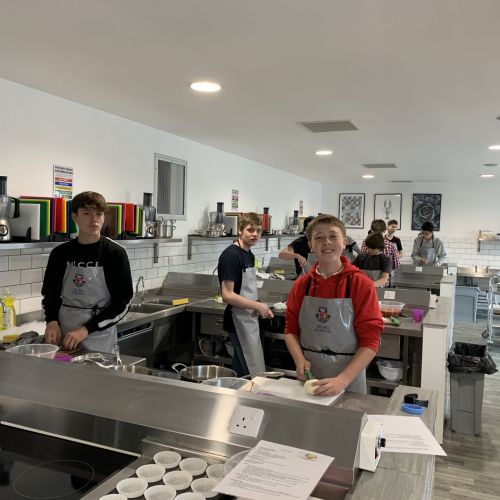 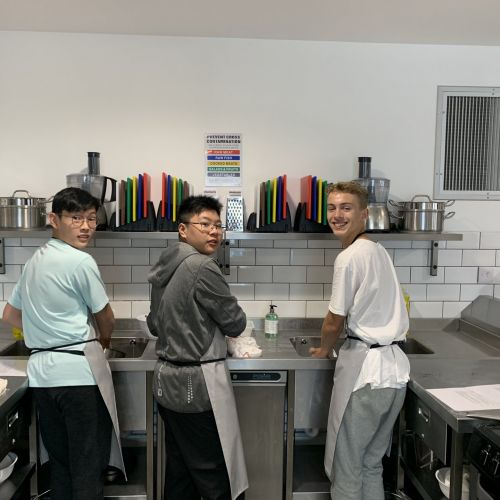 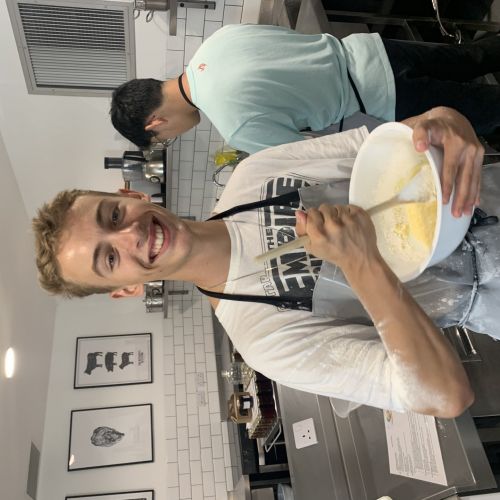 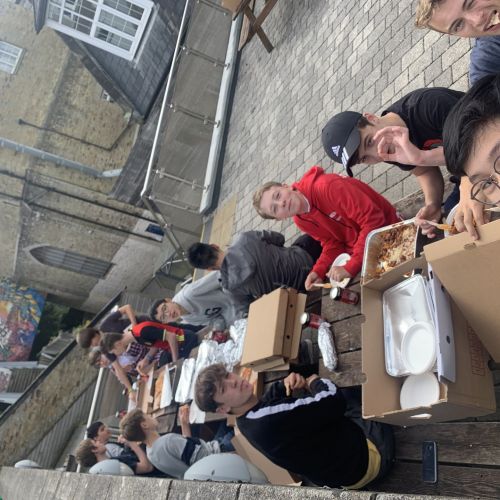 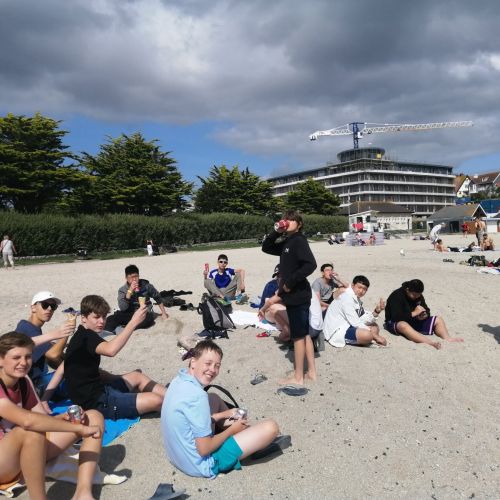 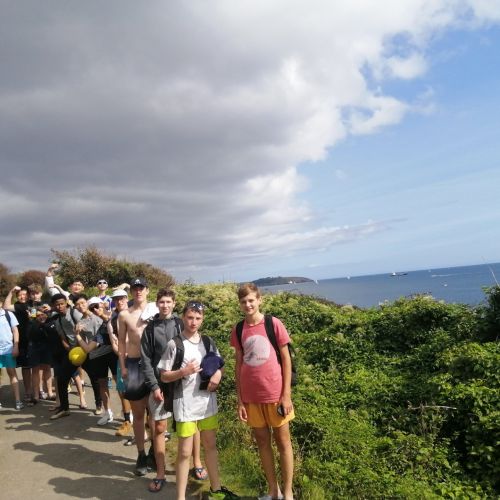