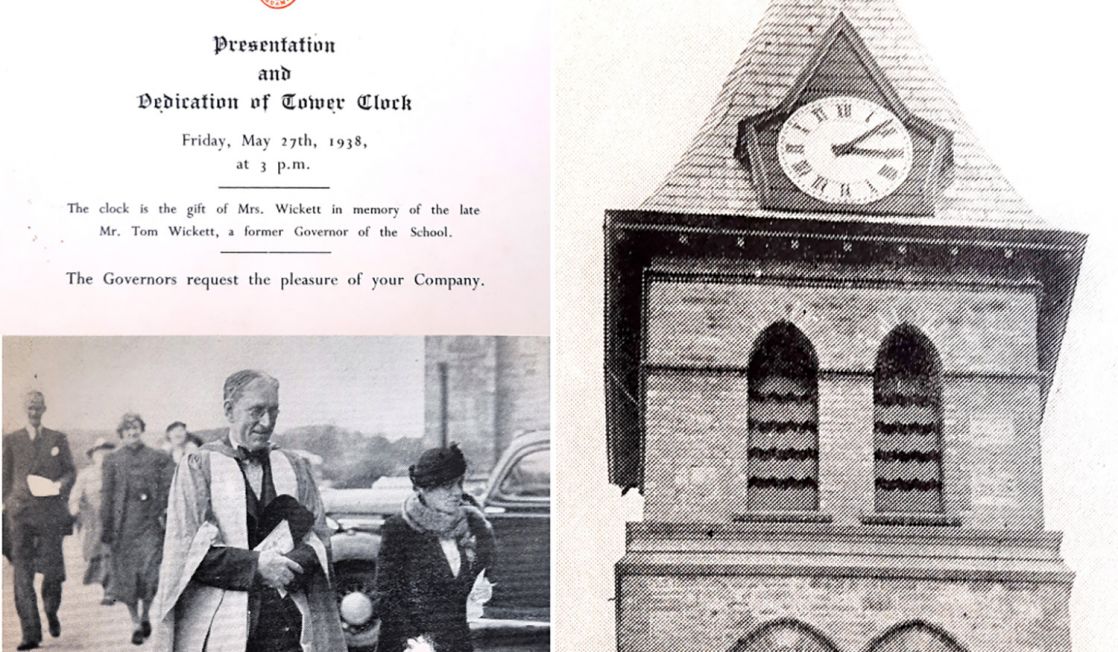 New Lease of Life for the School Clock

The famous Truro School Clock Tower has been given a new lease of life thanks to Richard Lamboll and the Estates Team.

The historic clock was first presented to the School on Friday, May 27th, 1938, as a gift of Mrs Wickett in memory of the late Mr Tom Wickett, a former pupil and Governor of the School from 1900 to 1935.

The ceremony took part in the School Chapel, with the gift acknowledged by former Headmaster Mr H. W. Vinter, M.A. and the then current Headmaster Dr E. H. Magson.

Installed by Messrs. Lobb and Sons and Messrs. Deeble (builders and electricians, respectively), the clock was an electrically driven tower clock designed to keep the correct time without the need for winding.

The report on the ceremony noted that “the mechanism is electronically driven and as the electric supply is time-controlled, the clock is bound to keep correct time. Should the supply fail, even if for a few seconds, the clock would stop and would not go again when the supply was resumed. Attention would thus be drawn to the current failure which would otherwise lead to the clock showing incorrect time.”

Repairs to the tower have been extensive and have included maintenance work to the exterior of the building, timber repairs, painting and roof tile repairs. Access to the clock has been improved, and new hands have been fitted. The mechanism has also been updated to a new GPS controlled system, which will update when the clocks change.

Finishing touches will include back-lighting so that the clock can be seen at night, but in the meantime, it is wonderful to see a piece of Truro School history lovingly restored and working once again.