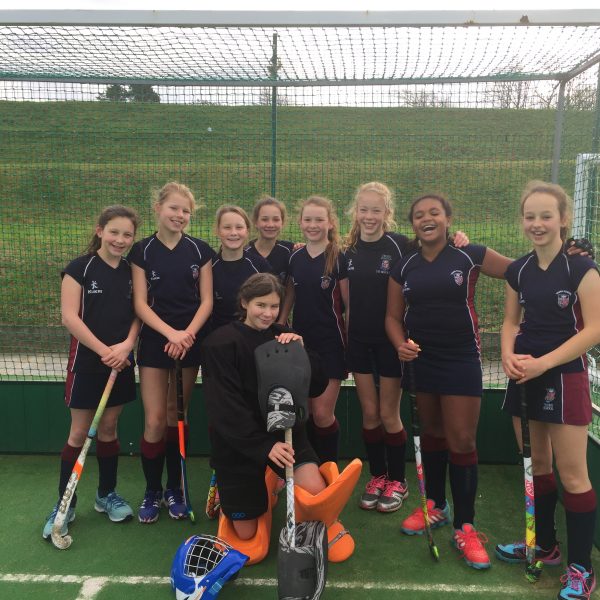 The girls had no idea of the ability of the travelling team from Sandroyd, they prepared and organised themselves like any other game. The game was an extremely equal game, chances and opportunities were flying in from both teams and there was some extremely talented goalkeeping that kept the score 0-0 for the majority of the game. Truro School played well as a team, transferring the ball around the back and not forcing the ball through until an opportunity appeared. We were unfortunate not to get more goals but so were Sandroyd. Finally with only a few minutes to go Sandroyd took one of their chances and buried the ball in the back of the net. Truro were determined to try and get a draw before the final whistle went, they at least deserved that. They got the goal and the game ended 1-1. To get a winner out of the game and to have a bit of fun, we ended on Penalty shuttles which Truro School won!

U13 B/C Girls Hockey vs Helston

With the majority of the possession from the start, we started extremely positively. We were determined and hardworking throughout the game to get the result. We played well individually but it was down to a team effort that won us the game. We were getting the shots away and following up on rebounds so we were unlucky not to get more goals in the back of the net. It was nice to see our players put the effort in for each other and worked well together as a team.

U13 A Girls Hockey vs Mount Kelly and WestBuckland

Both games were played at a high intensity, we kept the pace and the hard work up even though we played back to back games. We used each other well as a team and played simple hockey, looking up and passing the ball to our players stick. We did very well at keeping the ball until our player was free, we made lots of correct decisions and that won us the game. In both games we had a number of opportunities where we should of scored more than we did but we scored enough to win us both games. The games were played at a high standard and the scores do reflect a fair result.

Having not played as a team before and all playing a year up as it was an U16 tournament, our team bond and play was exceptional. Facing a number of high quality players in other schools we knew it was going to be a tough day. When the tournament got under way the games were quick, at a high standard and some fantastic hockey was played. We were runners up in our group but should of easily won it. When we got to Penair we were drawn to play Penair in the semi-final, knowing this would be a tough game. We got our hockey heads on and switched on from the whistle, we had all the possession of the ball and a number of chances but couldn’t get the ball in the back of the net. Penair didn’t get the ball once into our 25 but we didn’t get a goal in the allocated time. The game was drawn and went to penalty strokes, we lost out by one goal. We played another game to play off for third and fourth place again having all the possession but not being able to find the net, again we went into penalty strokes and missed out by one goal. It was an extremely unfortunate outcome and not what we deserved at all, we were the best team at the tournament with the most talent individually and as a team, but missed out by a mini margin. 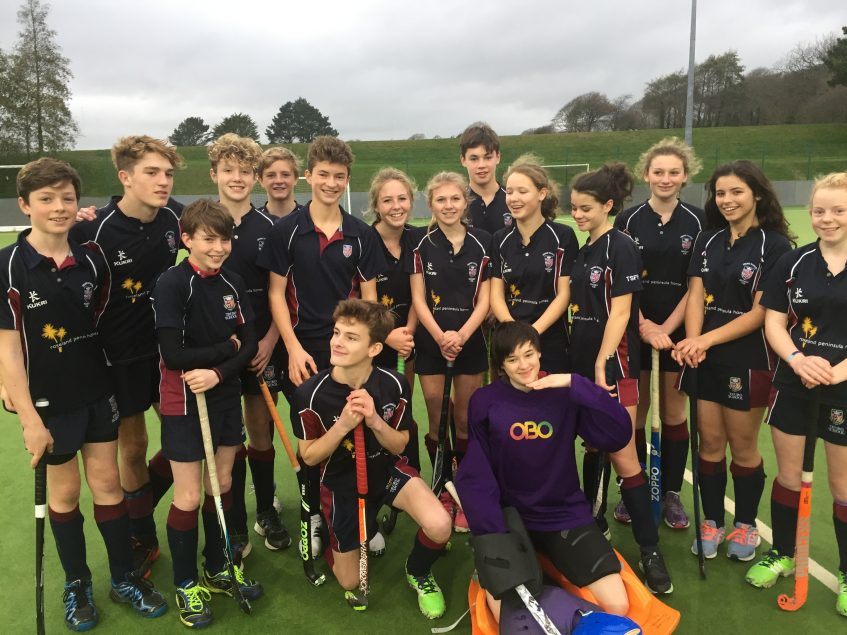