Truro lacked fighting spirit in this game, being short of a shooter due to illness Truro had to fill the gap. Penryn played some determined netball and the Under 14s struggled to respond.

Under 12 Vs Maynard Lost

The aim of each player in this match as to score themselves 10 out of 10 for driving forward to the ball at an angle. In the first quarter the team were very successful in doing so which resulted in them winning the quarter. However, as the match progressed a few too  many over head balls were given which resulted in interceptions from the opposition. The going into the final quarter the girls wanted to show that they were able to put what they had learnt in practice into their match play resulting in a positive end to the match.

This was an evenly contested game in the first two quarters. In the 3rd quarter Truro stopped driving to the ball and calling for the overhead which Maynard’s easily intercepted. In the final quarter Truro got ball side and worked the ball patiently into the shooters, winning the quarter but losing overall 17-13.

Under 15 vs Maynard No official score

This was a superb match and very closely contested throughout. Truro played in various combinations with all girls getting plenty of court time . The only frustration being the scorers never agreeing on the score at the end of all 4 quarters!

This was the first experience of the Regional tournament for the girls. Conditions were far from great and this did make an impact on the girls. All of the games were highly competitive and some of the players were fazed by the physicality of the matches. Very much a learning curve which I’m sure they will gain from the experience.

The regionals were very tough for the Under 18s, playing against many colleges with strong netball academies and big squads. Our small squad gave their all in all of their matches, playing particularly well in their first game against Millfield. It was a great experience in the wet and muddy conditions.

A brilliant effort from every player of the team with every individual agreeing that they gave 100% throughout the match. Plymouth College took the lead early on in the match and Truro struggled to pull back the deficit, yet did not give up. The attack must be praised for their angled runs within the goal third, creating a number of excellent shooting opportunities and the defence made their presence known with excellent defending, stopping their attacking player from having a free space to pass into. The team agreed that the target for the next match would be to not give over head balls but they should continue with the same levels of effort.

Truro and Plymouth were evenly matched with both teams playing good netball but also giving away easy passes. Overall it was a good performance but they need to be defending throughout the court to increase the pressure on the oppositions pass.

A resilient and gutsy performance from the girls to keep Plymouth at arms length in a physical, and at times feisty, match. This was a solid team effort with Nancy, in particular, dominating the centre third. After rushing out to a comfortable lead at the end of the first quarter, Truro let Plymouth back in but never within four goals, as Katie and Poppy held their nerve in the fourth quarter to score valuable goals.

Molly was voted player of the match.

Truro with a bare seven due to injury and illness worked hard throughout this match. With only one circle defender Izzie kindly agreed to play out of position. Truro were always ahead but Plymouth certainly did not make it easy for us.

A squad of 8 Under 12 girls, captained by Libby travelled to Truro High School on Wednesday. In cold conditions the girls lost the first quarter by one goal (3-4) despite some excellent interceptions by Lola in the circle. Throughout the second and third quarter, the game continued to be close with scores 5-7 and 8-9 respectively. In the final quarter, the girls were determined to chase any loose balls and contest any rebounds from shots but Truro High’s attacking combination led them to a 17-9 victory. Those reserving and scoring during the game noted that as a team we needed to work on ‘spreading out’ and moving onto the ball, as it was during these times we lost possession of the ball. Truro High School nominated Libby as player of the match. 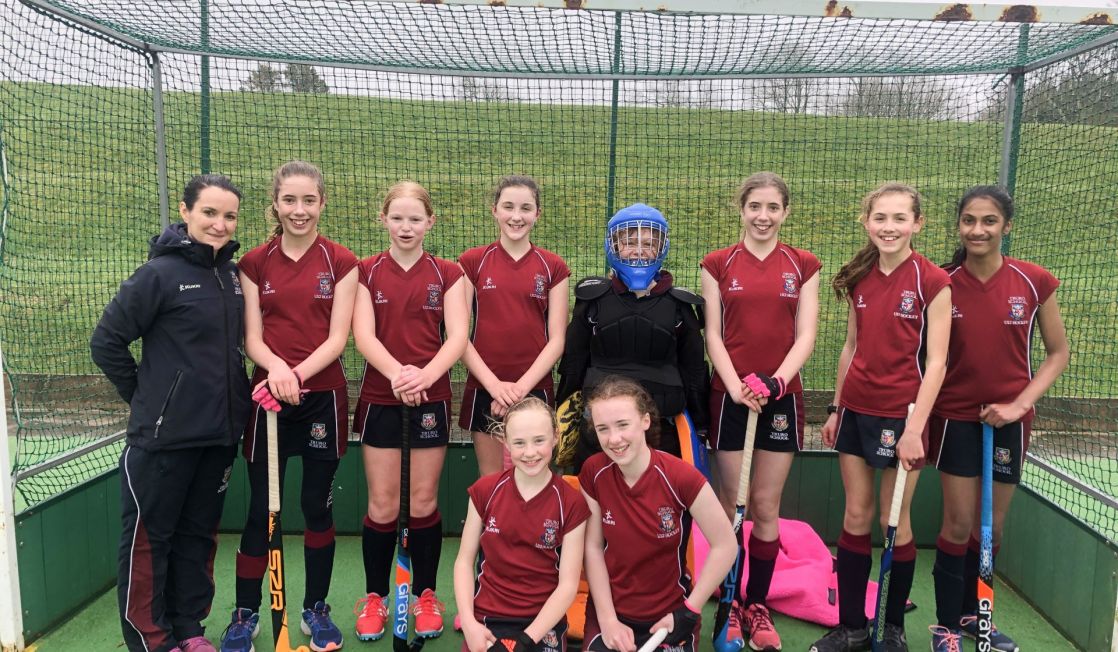 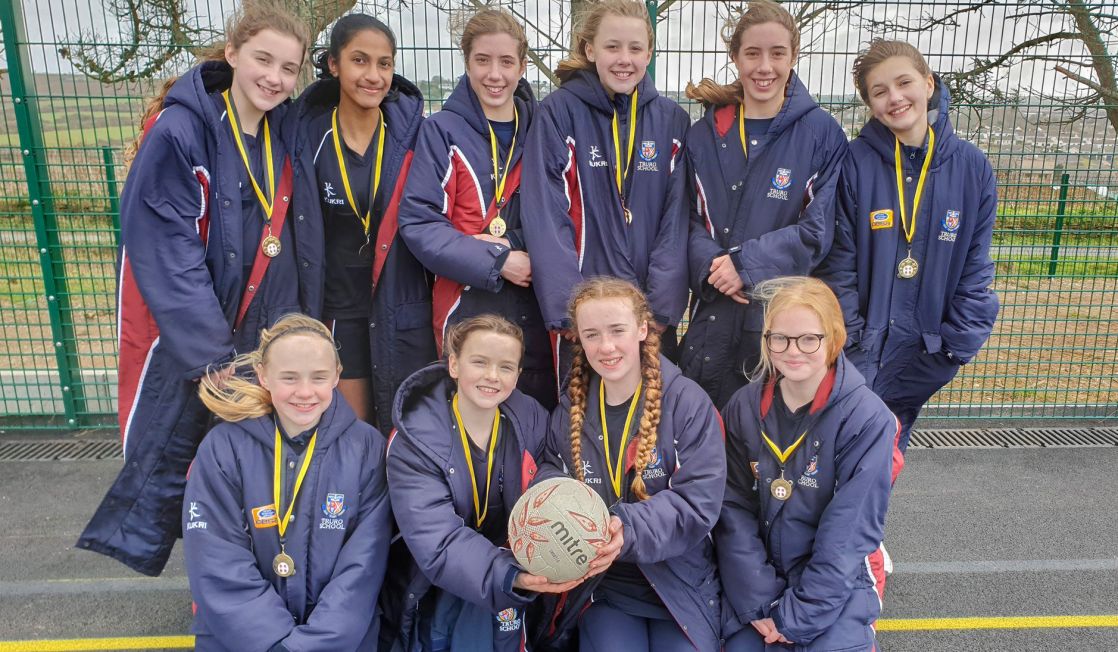 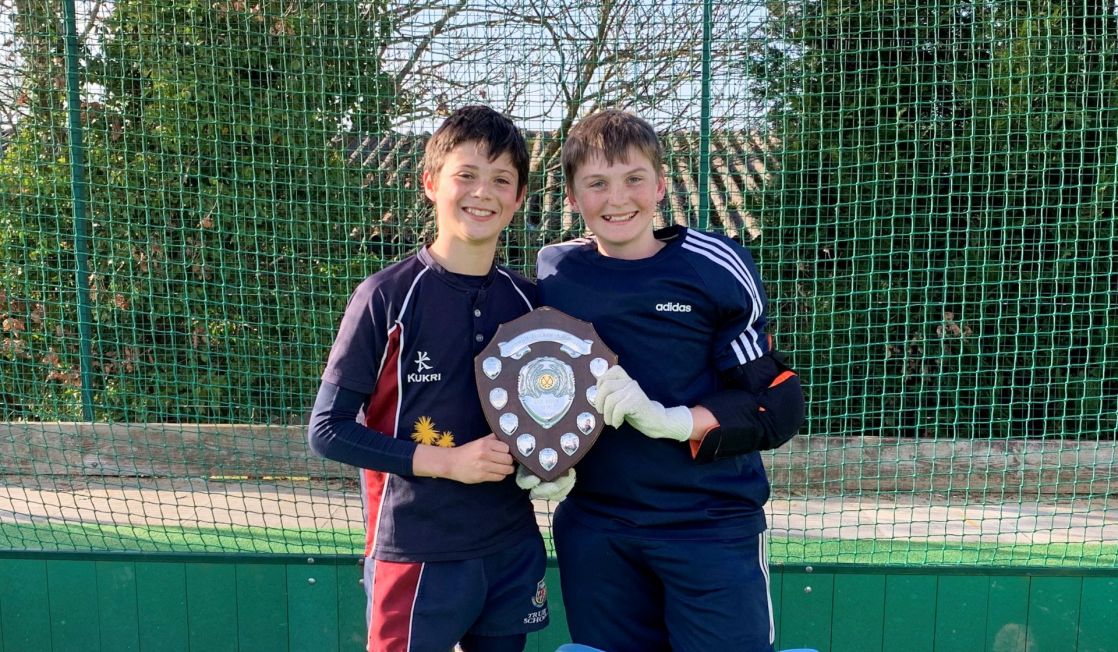