A busy time for Sevens Rugby 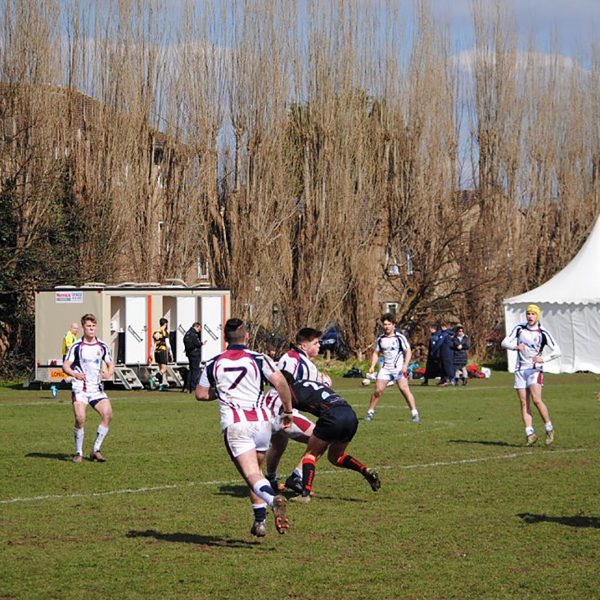 The last couple of weeks of term were full of Rugby Seven tournaments, starting with the Under 16 Rosslyn Park National school sevens. With a very young squad the boys performed well and played some nice sevens and came away having won two games (against Portsmouth Grammar School and Rydal Penrhos School) and lost two games (St Paul’s School and St Benedict’s School Ealing). The following day the Under 18 boys started their tournament, in a tough group we came third out of five teams but played some very good sevens along the way. Finishing with two losses, one draw and one win but with a little more luck and precision could have won three and lost one, losing to Bryanston with the last kick of the game was a bit tough to take.

Also on Tuesday was the Under 13 County sevens at Penair School, the boys had been training well throughout the term and performed well in an early tournament so hopes were high. The boys played well in their group matches winning all matches and topping the group. They then played Humphrey Davy in the quarterfinal and in a tough game; they came away winner 15-5. This then put them against a very strong Redruth side in the semi-final and despite a valiant effort the boys lost 25-5 and Redruth went on to win the final.

On Friday the Under 12 team went over to Pool Academy for their County Tournament and despite missing two first choice players the boys performed well and won three games (Pool Academy, Helston School and Fowey School) lost two (Bude and Penryn) and drew with eventual winners Newquay Tretherras. This meant that they were plate winners.

The Under 14 County Tournament in the final week of term saw our boys lose in a tight first match 14-21 to Richard Lander before beating Fowey and Hayle Schools and drawing to Penrice. This saw them in the Plate Final against Newquay Treviglas, which they won 33-0.

Congratulations and than you to all the boys and staff who have helped with what was a very busy week of sevens.