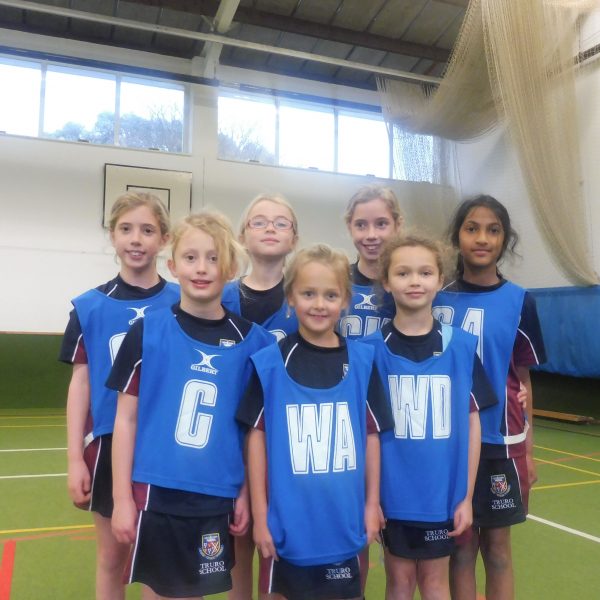 On a wet, blustery and cold Tuesday afternoon, the scheduled games fixtures were pruned of teams, but the event still went ahead in the normal afternoon games session, with all of the matches taking place in the Sports Hall.

With St Petroc’s and Truro High unable to make it, Polwhele House were still able to join our Year 3 and 4 pupils for an interesting afternoon of netball. The afternoon session included a general warm up, to remind the young players about the rules of footwork and how to pass a ball as accurately as possible.

To enable all of the Truro Prep pupils to play, the decision was made to play full netball (7 a-side), but using the High Five netball post height. Polwhele had six players, so huge admiration to the girls from Truro Prep who volunteered to take part in their team to enable a full game of 7 a-side to take place.

Some super netball was seen from players who have been attending the netball club on a regular basis; and a special mention to Jasmine, who demonstrated consistent interceptions of the ball. The overall standard of play was good and the footwork from the Prep players was very good.

Polwhele were given the opportunity to play in all three matches and the Truro Prep pupils fielded three different squads. The overall score of 2-2 was therefore not a true reflection of the court play in the afternoon.

Drinks and biscuits finished the occasion off nicely and we look forward to the netball term after Christmas for more return fixtures. 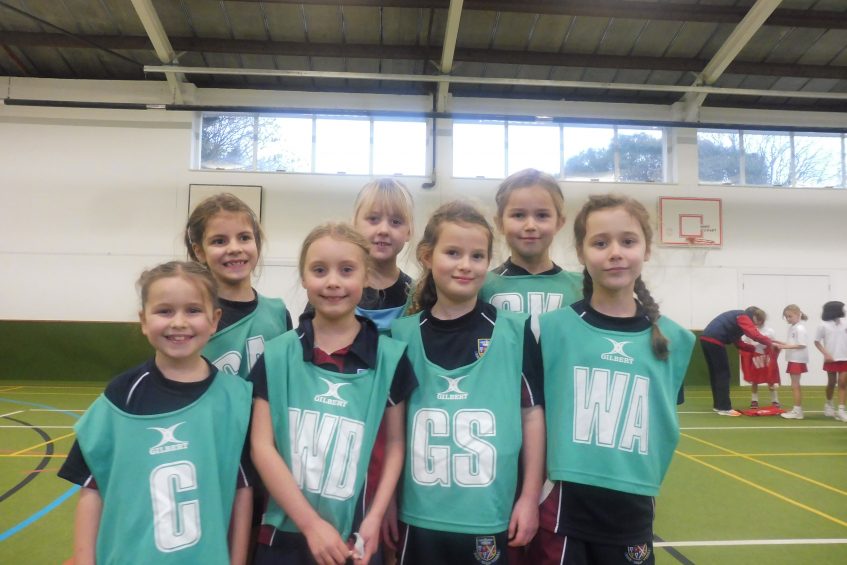