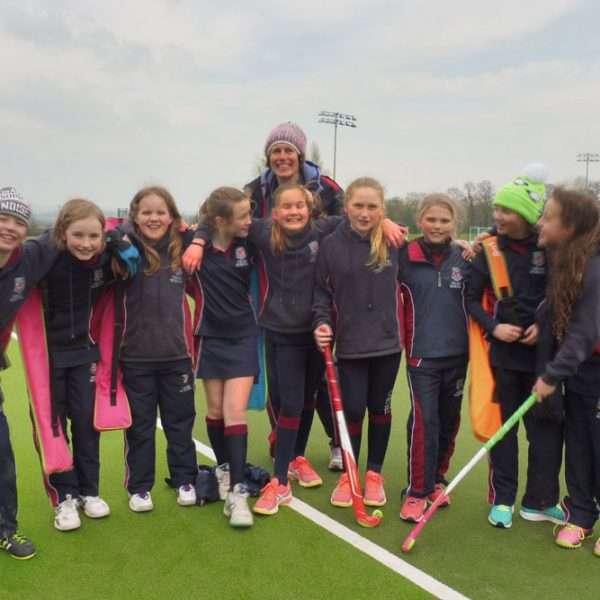 This annual event, which requires direct qualification from county tournaments, is held at Millfield School, Somerset.

The tournament organiser had divided the fourteen teams into two sections, with each school playing six matches of 10 minutes one way.

Unfortunately, due to late illness, our squad of ten players had been reduced to nine players. It proved to be an eventful day – with Melissa J, Amelia and Melissa S all having to be taken off the pitch, due to injury, at various points in the day.

As usual, the standard of play was extremely high and the teams were very competitive. We had to make the team stronger defensively – to cope with the attacking play of the other teams.

Despite players’ injuries, the team stayed strong and played consistently well. Our goalkeeper, Lucy, was outstanding in all matches – saving and clearing away safely many shots at goal.

Although the team did not win any of their matches, they were delighted to draw their last game with Blundell’s School. They worked particularly well together as a team, against schools that they recently met in the IAPS netball tournament.

Living in Cornwall means that you have to be committed to travel: playing Kingswood, Queen’s, Castle Court, Dean Close, The Elm’s and Blundell’s Schools is a hugely worthwhile experience.