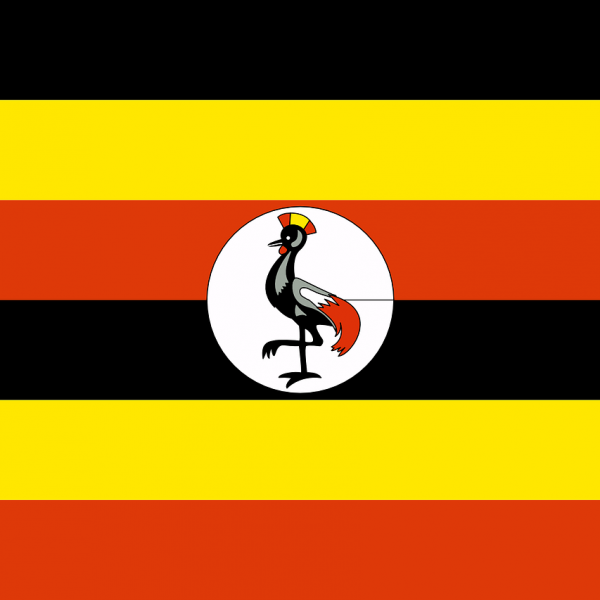 Following two very enjoyable days outside of Kampala working with VAD, it was time to return to the capital and get up close and personal with the people, the streets, the sights and the smells. Designed exclusively for Truro School’s visit to Uganda, the Kampala Challenge is an opportunity for students to complete a range of tasks under the guidance of local guides, ranging from the educational, to the sublime and, quite frankly, the ridiculous…

Sold to us as an opportunity to get to know the city better and have a chance to explore it properly, it turned out to be an excuse for ‘Team Brew’ to reveal their competitive side and ‘Team Rev’ to, how do you say it, ‘bend the rules’? ‘Team Hargreaves’ were either hindered or assisted by the fact that Miss Hargreaves sat out the challenge and therefore was the overall judge. Anyway, back to the challenge itself… We had one hour to complete a series of tasks which included amongst other things: taking a photo of a white taxi, finding out how much it costs to post a letter to the UK, eating crickets (!), buying a Rolex, finding 4 places you can visit that begin with ‘M’ from the taxi rank, buying a t-shirt from the UK for less than 3000 Ugandan shillings (approximately 75p!) and so on. Giving the obscurity of the tasks, much hilarity ensued: did we need to post a letter to the UK by surface mail or airmail? Was a Rolex a watch or an omelette? (Team Brew bought both just in case, so keep an eye out for Mr Brewer’s choice of timepiece in September) Does a t-shirt from the UK mean one that was made in the UK or originated at the point of sale in the UK and so on. Officially no one team was declared the winner; unofficially Team Brew basked in the glory and celebrated by seeing off the remaining deep fired crickets (video sadly not suitable for public viewing).

In the afternoon we went to Calvary Chapel to work with Frontline Ministry and local street children, making jewellery with them to then sell on themselves. These children visit the Chapel every Saturday and it offers them a respite from their days on the street, where they face violence, hunger, drug abuse and persecution from those who see them as troublemakers when, deep down, they are just children as young as 4 years old whose circumstances have led them to be living on the streets. This was an incredible opportunity to hear their stories, spend time with them and join in with their service of worship. We also had the opportunity to purchase a variety of traditional arts and crafts, with the proceeds going towards the Chapel.

Sunday morning saw us attend a service at St Pauls Cathedral, the largest service in Kampala and an incredibly impressive building, in stark contrast to where we had spent the previous day. The service was interesting in comparison to what we are used to in the UK, being much longer, a mixture of hymns, sermons, notices and prayer, and a variety of traditional hymns and more contemporary Gospel music.

Having changed out of our Sunday best, we travelled to Ssenge to visit African Hearts and their home for former street children. It was really nice to see where former staff member Heidi Munson had been working, and it was obvious that she had made her mark as many of the boys still remembered her and spoke fondly of her! The boys put on a music and acrobatic performance for us, which was an incredible experience; for over an hour we were treated to a range of songs from the musicians and an incredible show from the acrobats. From the ages of 5 to 19, the boys were flipping, dancing and juggling, all in time to the brass band. Special mention must be made of one of the younger boys, who was literally the most flexible person we had ever seen, performing feats which made it hard to comprehend how they were possible without multiple dislocations of shoulders, elbows and hips!

The day finished with a visit to Ndere Dance Troop, where we ate traditional African food and enjoyed a performance of music, dance and song from across Eastern and Central Africa. It was altogether a fantastic and memorable evening finished by the audience joining the dancers on stage, with plenty of us taking the opportunity to throw some shapes and show off our moves!

As a group we were looking forward to these two days, as they offered us a chance to visit our sister school and experience the Ugandan education system. We were warmly greeted by the staff and students at Bethany High School and given the opportunity to be immersed into their way of life for 36 hours. Having been welcomed by the Head teacher and her deputies, we were given a tour of the school and introduced to a number of senior classes, many of whom recognised Rev de Gruchy from previous years, as did the staff with Miss Hargreaves and Mr Brewer. During the tour we had a chance to pass by the dormitories where we would be staying that night, as well as the sight of future meals drying on the basketball court: a convenient place to spread out the maize before it is sent for milling! This is the basis of posha which was a staple part of our diet, along with beans, for the next 36 hours. It was also interesting to visit the animal enclosure, where live mice were kept for use in science lessons: we will be asking Dr Pope what he feels about this when we return.

After break we were split into pairs and started to plan a lesson that we would be delivering the following day, based on our areas of academic interest. We would also be delivering a lesson on life at Truro School, in Cornwall and in the UK, to show the similarities and contrasts between our experiences and theirs. Lessons included an A Level Maths lesson on integration, an A Level History lesson on the Russian Revolution and a Key Stage 3 lesson on introducing Philosophy and different ways of interpreting the Genesis account of Creation. After lunch in the Dining Hall alongside their pupils we sat in on the classes that we would be teaching the following day. As the afternoon of academic lessons drew to a close we were hoping for some time to relax; this was not to be, as we played the staff at Basketball and the students at Netball and Football. A quick dinner followed before 2 hours of prep, until finally it was time for bed and some well-earned sleep. Or so we thought… Singing was certainly the order of the day in the girls’ dormitory, before we finally got some sleep ahead of the 4am wake up. We are informed that the boys had a better night’s sleep than the girls as they were more in need of their beauty sleep.

The following morning began with a quick bite to eat and prep from 5am, before we taught the lessons we had planned and enjoyed a farewell assembly attended by the whole school. We would like to thank everyone at Bethany High School who made the 2 days possible, especially John-Paul for organising the itinerary and ensuring that we were well looked after throughout.

Having said our goodbyes, our final activity in Kampala for the forthcoming days was a chance to work with Hope Mission and some of the local street children. We met them at a football pitch in the centre of the city and quickly split into three groups: some joined in with their football match, some played games and chatted to the children and the remaining students joined Mr Brewer in setting up a first aid station to deal with the various cuts, scratches, bruises, infections and burns as best they could, not to mention cutting fingers and toe nails, something we perhaps take for granted in the UK but something that, whilst incredibly straight forward, is crucial when it comes to maintaining good hygiene on the streets. This marked the end of our main stay in Kampala and we now head West and North to visit Murchison Falls and the nature reserve for the next three days.