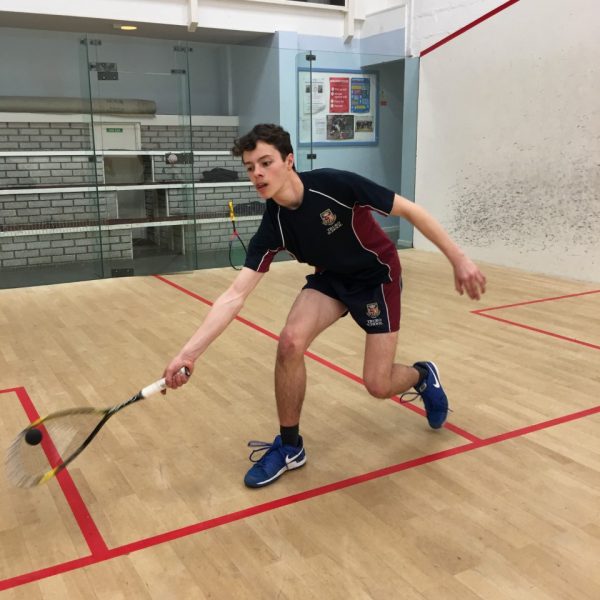 At the end of February, 14 year old Ben T won the Exeter Open Bronze National Squash event in Devon. This was only the third event of this size that Ben has ever entered since breaking through in his young squash career at school and county level.

Ben plays for the school first team at no 3 behind Jack M and Louis M and also for the junior County first team. He is school champion for his year and significantly achieved the county U15 runner up spot in the recent county championships.

After a good start in his initial two Bronze outings, Ben upped the level yet again in Exeter to take the U15 title outright against higher ranked opponents beating a lad from Somerset 7-11 11-3 12-10 in the grand final itself.

To achieve a credible National ranking junior players need to compete in 7 events minimum, but with this big win under the belt Ben will now accrue enough points to enter the top 100 and should crack the top 40/50 once he has completed the required no of competitions.

Ben first picked up a Squash racket when he joined the senior school at age 11 and is living proof that with determination, ambition and discipline there are literally no limits to what can be achieved.

Together with our other excellent KS 4 team players, he will now compete to win the National Schools event for Truro School in late March.