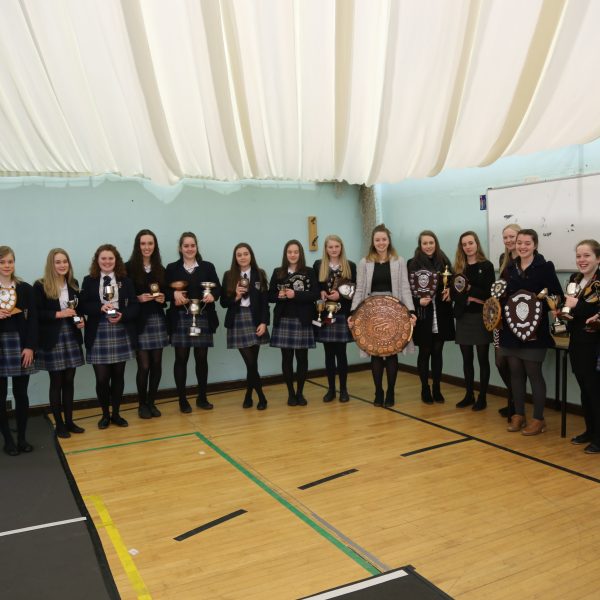 From 9am in the morning to 10pm at night, literally hundreds of adults and young people competed in the Cornwall Music festival from Monday 13 to Saturday 18 March. Truro School pupils took part in numerous classes, with many pupils coming in 1st place across a variety of classes, arriving back at school laden with trophies and medals and large grins on their faces.

It was a hugely successful week, with Lauren Coumbe winning the Cello Grade 5 or 6 class and Imogen Dowse also winning her solo Cello class. Chloe Lansdowne won the Grade 3 to 4 woodwind class on her Flute, with Holly Morris winning the Grade 5 & 6 Woodwind Class playing Oboe and Elena Markou winning the Grade 3 & 4 Piano Class.

Our Truro School singers did us extremely proud throughout the week. Imogen Dowse won three aged 12 – 13 vocal solo classes, including a song from a show which she performed at the Gala Concert on Saturday.

Katherine Gregory also won multiple classes, from the vocal recital class to the age 14 – 15 musical show class and the duet class with Lowenna Wearne, leaving Katherine to take home the Under 16s Young Singer of the Week Award. Katherine also performed at the Gala Concert on Saturday.

Izzie Leigh was also awarded a Young Singer of the Week Award after winning a vocal solo class with 89 marks and a distinction.

Elodie Lawry was awarded the Best Vocal Performance of the week trophy after her winning performance in the recital class.

Molly Leigh was out most successful pupil of the week, awarded the Outstanding Musician of the Week trophy after winning four singing trophies and one violin award, all in classes at Grade 8 standard or above.

Lucy Mitten won the sacred or spiritual song class for aged 16 or under and Chelsea Stimpson-Thurlby was winner of the folk song solo for ages 13  15.

Our ensembles were not to be left behind when it came to representing Truro School and bringing home the awards, with our 1st Year Girls Pop Choir winning the aged 14 or under Girls’ Choir class.

Our chamber Orchestra won the large instrumental ensembles class and were awarded Best Orchestra of the Week.

Our Flute Trio won the Chamber Music Class, with the Girls’ Choir also winning the Senior Schools’ Choir Class. The Chamber Brass Ensemble won their class and finally, the Vocal Ensemble wont the Young People’s Group with a song from a musical show and were awarded the Best Youth or Senior School Choir of the week trophy.

Our Truro Prep Choir also took part in the festival, singing in the Junior School Choir Years 1 – 6 with over 30 singers class. They sang beautifully and performed both the set piece and their own choice piece with precision and flair and were awarded 1st place, receiving an enormous copper shield to take back to the Prep School!

Later in the week, they were delighted to discover that they had also won the cup for the Best Overall Junior School Choir.

Pictured is the choir with Mrs Renshaw following their win. 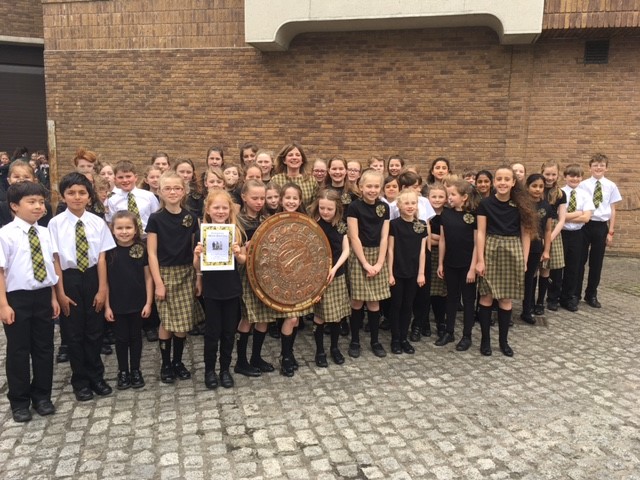 On a different note, the week wasn’t just to celebrate our talented and budding musicians, but our students also picked up awards across Spoken Word classes as well. Lilly Menear won the Verse Speaking for Years 10 or above, with Ashay Divekar winning years 7 – 9 and Max Caddis winning the Cornish Poet class for Years 7 – 9.

Max and Ashay, along with Cam McCready also collected a trophy in the public speaking competition as well.

A huge well done to all students who took part in classes throughout the week, it’s fantastic to see such a varied representation of talent from Truro School and your efforts and achievements are shown in the numerous medals that have been displayed around school this week!