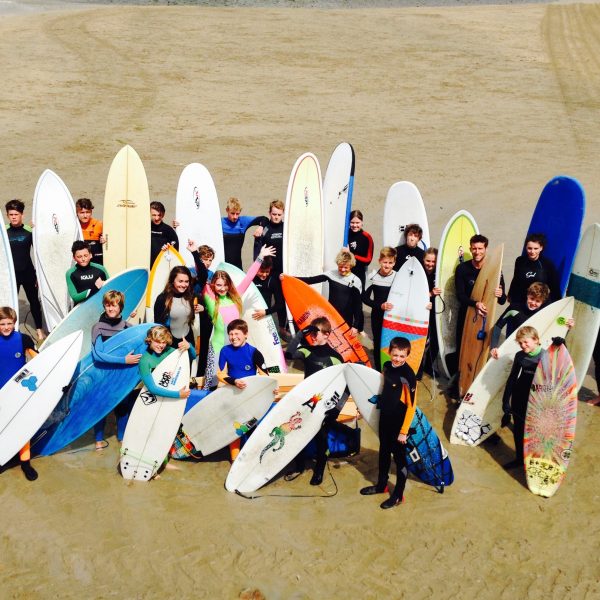 Truro School’s surfing academy grows from strength to strength with another string of trophies at the National Surfing Championships.

They were met by small, but building conditions on the first day, but all progressed in the highly competitive knock-out competition, and all of the students made it to the last eight of each of their respective categories.

By finals day, three-quarters of the Truro team were still in the competition.

Unfortunately disaster struck for Lloyd in the final of the Under 18 boys’ longboard, with his leash snapping after first wave. He persisted and still finished 2nd in the event.

The students passed on their thanks to Mr Meads and Mr Lamiroy who continue to train them in the ‘Truro School Surf Academy’ on Wednesday afternoons.