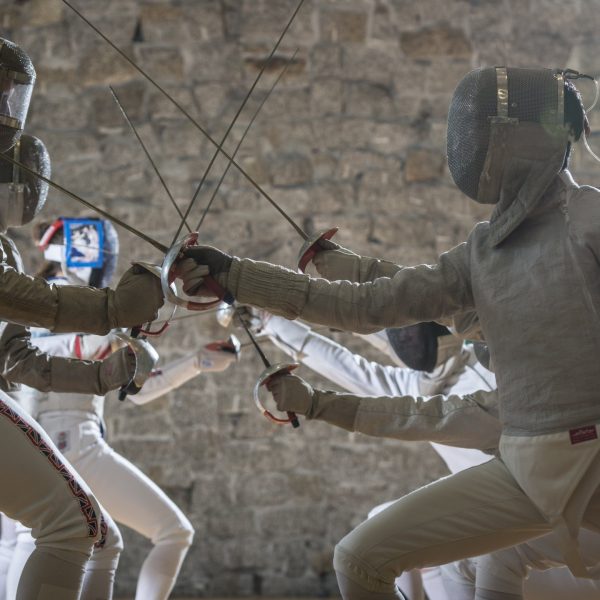 British Fencing has published the GBR team for the upcoming European Championships in Italy and the World Championships in Poland and Truro School are delighted to announce that almost half the sabre teams are made up of current or recent, former pupils.

The Truro School Fencing Team, in partnership with the Truro Fencing Club provides elite training to fencers throughout the country. A number of Truro School fencers will be representing Britain in the upcoming European Championships, including Darcy Holdsworth, currently ranked number 1 in Great Britain at Under 17 level and Max Cromie, currently ranked number 4, who have both qualified outright for their places in the team. In addition, Maia Fashokun has qualified for the Under 20 European Championships, also in Foggia.

Furthermore, Leanne Chan has been selected to be part of the national team representing Singapore at both the Asian and the World Junior and Cadet Fencing Championships this year. She is currently the top ranked cadet in Under 17 Woman’s Sabre Fencing in Singapore and also the first reserve for the Junior Women’s Sabre National Team. Darcy Holdsworth and Maia Fashokun have also been selected to compete at the Under 17 and Under 20 World Championships in Poland in the Spring.

“Truro School has a long-standing reputation for producing fencers of the highest quality and we are very pleased to have so many current and former pupils representing their home nation in the upcoming European Championships in Italy. Truro School, in partnership with Truro Fencing Club, offers students an impressive elite academy programme designed to train fencers to world-class level in all disciplines. Our students train at the highest possible level and their selection is a true testament to their hard-work and dedication. We wish them all the best of luck in the championships.”