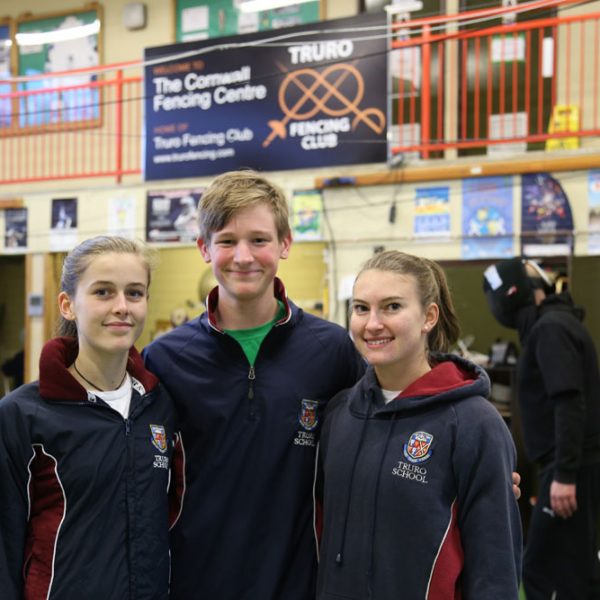 Three of Truro School’s fencers have received confirmation this week that they have been selected to represent Team Great Britain at both the European and World Fencing Championships.

The trio will then make their way back to the same venue in April for the Cadet and Junior World Fencing Championships, where all three will be competing in the Under 20 Sabre teams. For Bertie, who has just recently turned seventeen years of age and still competes at Under 17 level, he will be competing many years over his game.

The students, who fence with Truro Fencing Club at Truro School, will be starting an intensive training regime ahead of the championships whilst continuing to take part in regular national and European competitions.

Caitlin, who attended the Under 20 European Circuit in Budapest over the Christmas period along with Maria and Bertie, finishing in 5th place overall, previously broke a British fencing record for being the first woman to hold all GB sabre Fencing titles at the same time (Under 17, Under 20 and Senior).

Head Coach of Truro Fencing Club, Jon Salfield, says he is keen to see the students’ success go even further this year.

“Our long term aim is to develop our high performance group to a truly world class level, so we are aiming to achieve medals at senior world championships and European Championships; Olympic Games is the ultimate aim” Jon said.

Maria, Caitlin and Bertie will be joined in the Under 20s GB team at the World’s this year by former Truro School pupils, Joshua Maxwell and William Deary who are now at university. Will Deary has also gone on to gain funding towards the Tokyo 2020 Olympic Games.