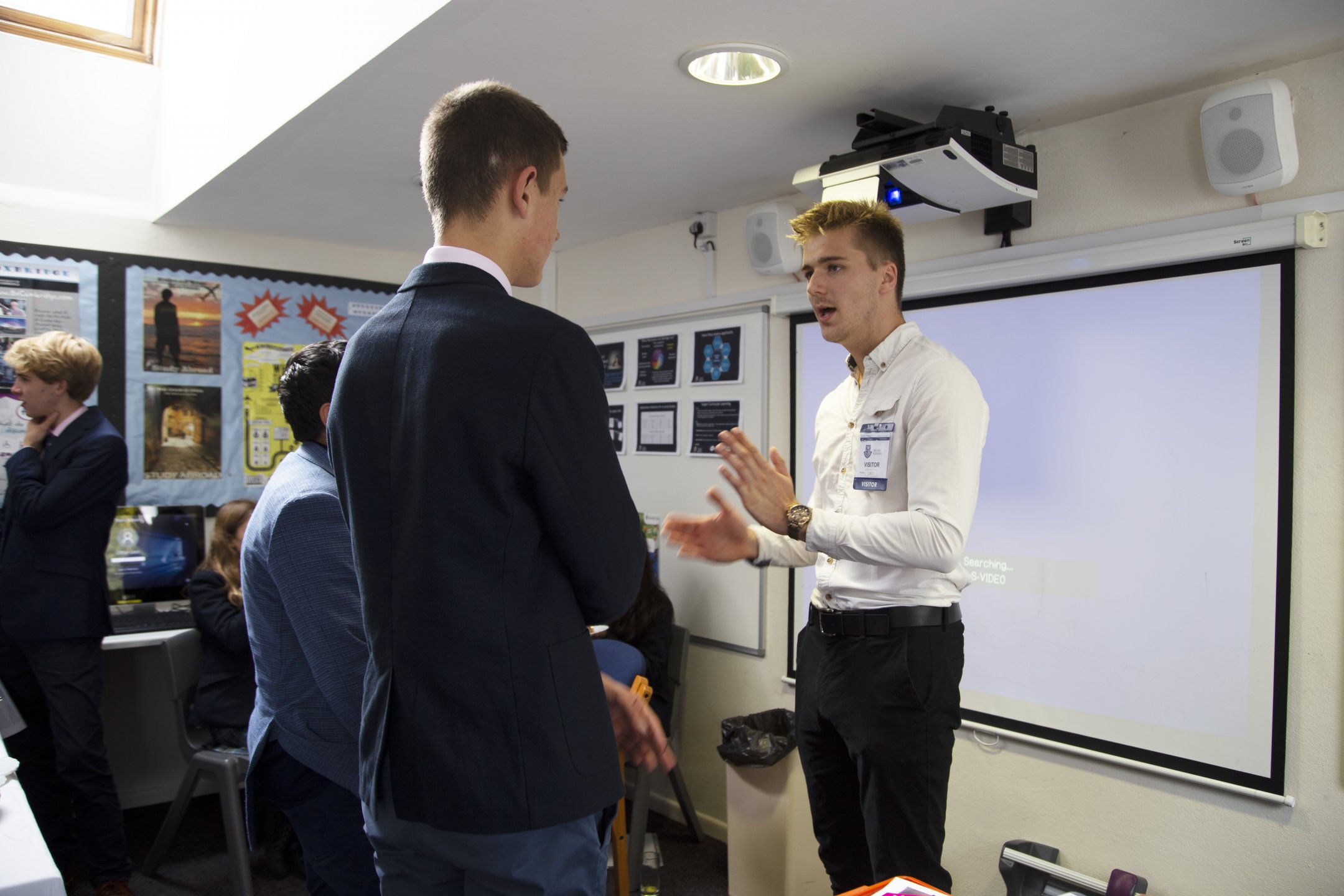 After a delicious buffet lunch, Alex gave a slideshow presentation on what he’s been up to since leaving Truro School in 2013.

The former student went on to study BEng Mining Engineering at the University of Exeter, before re-locating to Hertfordshire where he now works for a large, multinational IT consultancy. He has recently completed a graduate scheme in Project Management and now works as a fully-fledged IT Project Manager. Alex’s work varies but mostly revolves around the roll out and support of large-scale IT solutions for his company’s clients.

Alex’s informed talk reassured the students that you don’t have to be a specialist in a field to apply for a graduate role. He talked about his experience and how for his job, the key aspects his interviewers were looking for were people and team skills, and that a lot of graduate openings didn’t specify a particular degree subject. He admitted that he still doesn’t know a lot about IT, as his role doesn’t require the technical stuff!

The students listened intently, aware that big life decisions are ahead of them.

Afterwards, the diligent students grabbed the opportunity to ask Alex about careers and advice.

Once the students had rushed off to their last class of the day, Alex commented on the impressive turnout, how interested they were, and how seriously they are taking their future and that they should all be praised.

We look forward to seeing Alex again at the Truro School Connected networking event in London, where he will be joined by other successful alumni.