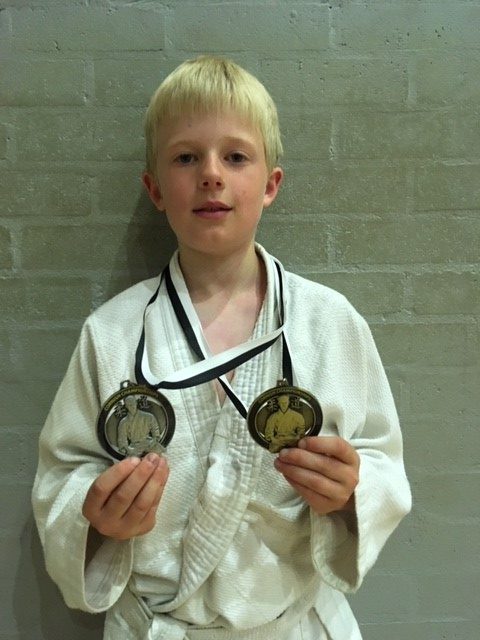 Truro School Prep put on a great performance at Carn Brea for the Cornish Open Judo Championships. A few of our regular players were missing because of the French trip and many were new to this level of competition, but fought with much enthusiasm and determination. Several of our players were in new higher weight groups for the first time or had transferred from Primary to Junior groups which is a little harder – despite this there was great team spirit.

Ivan G – Silver in the U35kg Junior Boys, having to move up being just 200g over the limit for the U30kg group

Harriet S – Bronze in the Junior Girls U40kg, having just moved up from Primaries

Elsie M – Bronze in the combined Junior Girls U50/U45kg, a massive experience gain for her

Jack C – Bronze in the Junior Boys U45kg, a great learning experience at this level

William W – Bronze in the Junior Boys U45kg, a great step up to this level of competition

Well done one and all, a great days Judo.

The Judo Club continues to make inroads on the Judo scene at all levels. We enter many local and regional competitions successfully and over the last few years have made a name for ourselves for our throwing style of Judo.

We have won the County Primary Shield being the first school team to do this against club sides. In addition, we have several County champions in their weight groups together with County silver and bronze medallists. Harriet participated in the Western Area School’s Championships at Weston-super-Mare and won a Silver medal out of eight competing counties. The club have had great results in club level completions locally with all people taking part in these medalling. Vasilisa, a former student (now training with St. Ives J.C.) won a silver medal in May at the BJC Open National Championships an excellent achievement.

There have also been other exciting developments. Judo classes have started at the Pre-Prep and also at Truro School which will allow Year 6 to continue their Judo on transfer. Well done to everyone involved with Judo at school.