Thomas helps his father train for the London Marathon 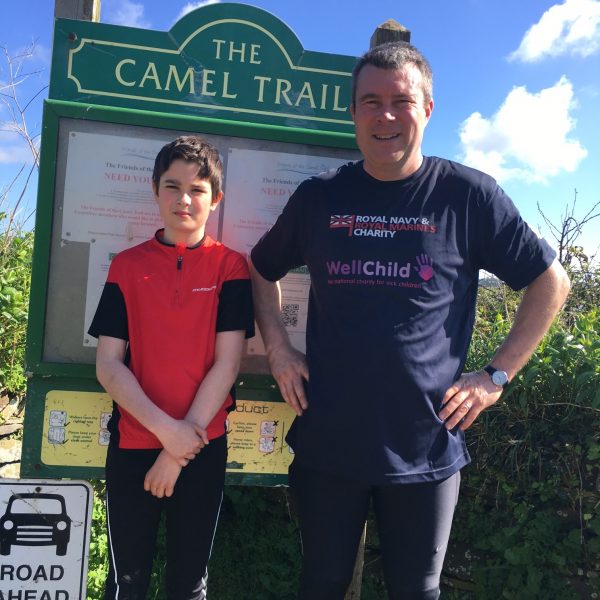 1st Year student, Thomas, has been spending his weekends supporting his father with his training for the London Marathon by cycling with him along the Camel trail.

Thomas’ father, John, a Lieutenant Commander in the Royal Navy, is running the London Marathon on 23rd April to raise money for Well Child, a charity which gives seriously ill children the best possible chance to thrive – at home, with their families.

Having been training since November, John has run over 500 miles so far, and spends his weekends running between Wadebridge and Padstow on the Camel trail, joined by his three children who cycle alongside him.

Thomas, aged 11, however, is keen to take his support further, and as of this weekend, will start running alongside his father whilst he trains at the weekends, taking on the 13 mile trek between Wadebridge and Padstow and back, essentially running a half marathon each weekend at just 11 years old.

Thomas says that seeing his father train for the marathon has been very inspiring, and that he hopes he too will one day enter the marathon himself in order to raise money for charity.

“It makes me really proud of him as he’s never been into running before, so he’s pushing himself through his limits for charity which is really inspiring,” says Thomas.

Thomas will be attending the marathon on the day to show his continued support for his father as he runs the marathon, and says he will be holding banners up as he crosses the finish line.

John is running the marathon along with a team of seven others from the Naval Service, and collectively they have a target of raising £1,000 for their chosen charity. If you would like to show your support for Thomas’ father, please follow the link to the JustGiving page and donate.