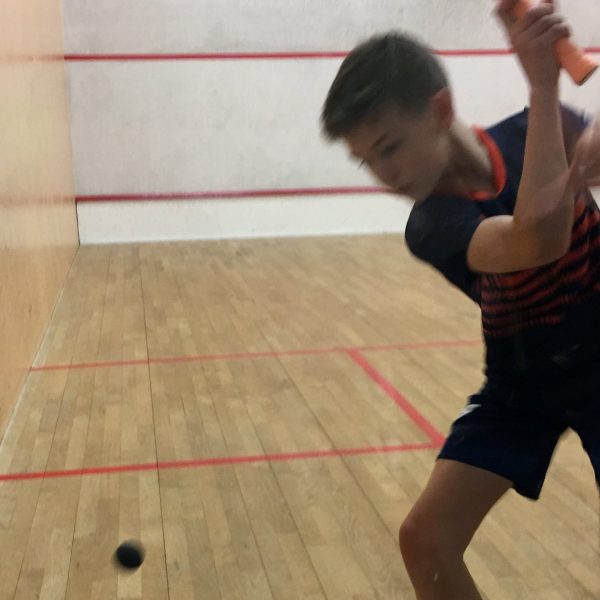 Our rising Squash stars made the finals of every single category at last weeks annual championships held at Truro Squash club.

Ed Hayes won the u13 title with ease and his front of court game has become extremely accurate and deadly over the last few months.

The u14 challenge match was won by Joe Thompson, despite carrying a niggling foot injury, over the rapidly improving Callum Oliver. Joe is one of the cleanest hitters of the ball at the school and has developed a wonderfully strong swing action. Callum never stops running and has fantastic reach coupled with a very open racket face which allows him to cut the ball in with solid control.

In the u15 category top honours went to Louis Murray with Ben Thorpe as a very able runner-up. Louis is now poised to break in to the top 10 of the National rankings and his length and line on court is quite excellent. Ben is as quick as anyone his age and is rapidly developing his game in all areas of the court.

The u17 and u19 titles were won by Jack Mahon (still only 13) who pipped Louis in the first age group and a tall lad from Bude in the other. Jack is now on the verge of the National top 5 and an England squad player.

Final preparations are now taking place for the last round of the National schools championships with both Truro teams facing long trips to Surrey where we need to win our groups for automatic qualification to the grand finals in mid March.