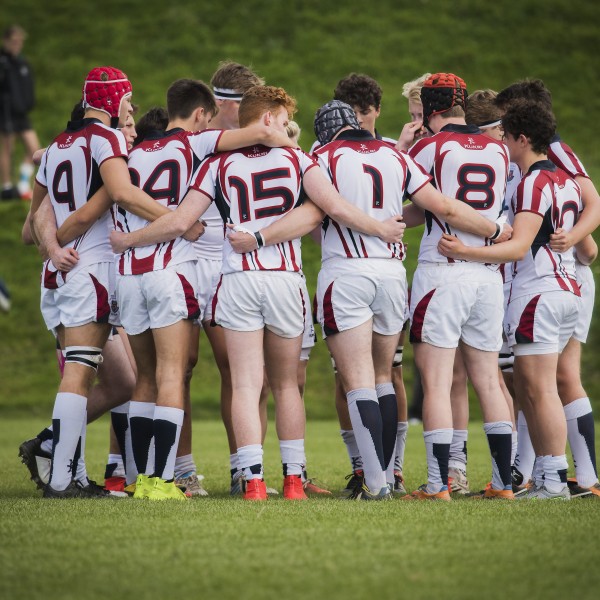 On Saturday 1 October nine school sides played against Blundells from Tiverton. In the home matches, the 1st XV lost their unbeaten record in a 7-17 defeat against good opponents. Truro were not helped by the loss of hooker Sam Haywood who was injured in the warm up, alongside Will Hooper, Matt Ellis and harry Whinney who were all injured during the match. The 2nd XV and U12s were well beaten, leaving the only home win by the depleted U16s due to an Art trip, who played well to win 31-19.

In the away games the U15 A&B sides and U14A&B sides all played encouragingly despite losses, whilst the U13s drew 20-20.

The U13 side played in the county sevens tournament at Penair and progressed to the playoffs having performed well in the group stages. The Playoffs proved to be exciting encounters with the narrowest of defeats in the last seconds of both matches against Penryn and Richard Lander.

The junior sides played Newquay Tretherras. The U15s played superbly to win 49-5 against these opponents for the first time in 4 years!

The 1st XV hosted Exeter School in Round 2 of the NatWest U18 Cup and a dominated for much of the game. Leading 9-5 into the last 2 minutes, a series of errors and a sin bin gave Exeter a penalty on the Truro line from which the visitors scored to win 10-9 with no time remaining.

The junior sides played against Mounts Bay with good wins for the U12A&B, U14s and U16s.

The scheduled 1st XV, U16 and U14 matches were cancelled by Plymouth. The 2nd XV travelled to Plymouth to play against a strong side containing several 1st team players and were beaten 24-34 in a competitive match.

The U15s also travelled to play the Round 1 NatWest Vase fixture with Plymouth and emerged with a creditable 24-0 win to progress to a 2nd round tie with Richard Lander.

The newly formed U13 county festival at Penrice saw the team improve throughout the day and finish in 6th place.

The U13s hosted Richard Lander in the 2nd Round of the National U13 cup. In a thrilling match, Truro played their best rugby of the season to draw 25-25. Unfortunately the competition rules awarded the game to the visitors in the event of a draw.