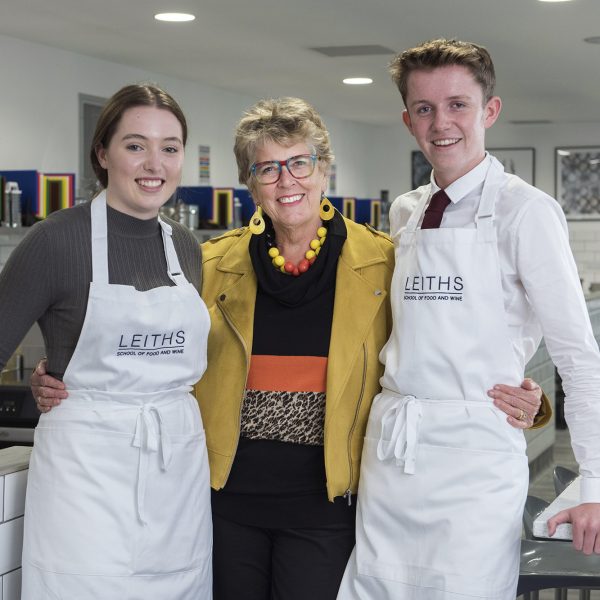 In addition to enabling practical cookery to be taught throughout the school, the new facility gives Sixth Form students the opportunity to complete the prestigious Leiths Introductory Certificate of Food and Wine.

Sixth Form students made the most of the opportunity to meet with Prue to find out more about her extensive and varied career arising from her main interests of food, business, education and writing. 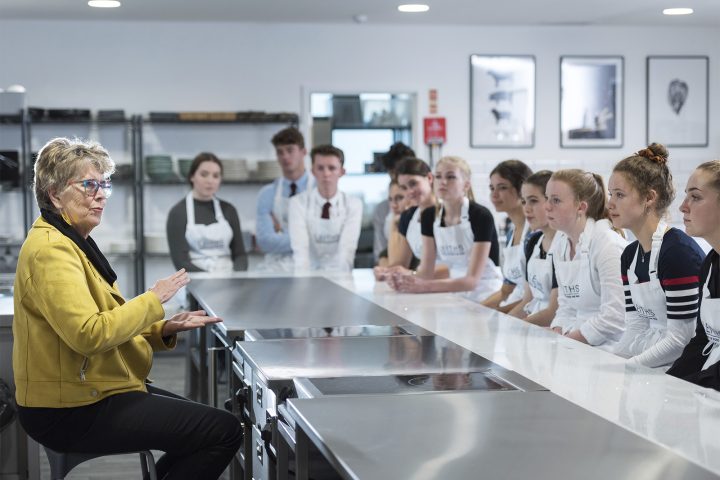 During a Q and A session, Prue talked to the students about the various interests she followed before discovering cookery;   from drama school to art school, then the Sorbonne, Paris to study French but where she fell in love with cooking.  They were delighted to hear that along the way there have been a few “kitchen disasters” involving concrete-like Christmas cake icing, serving cold soup rather than hot, boiling potatoes in a tea-urn and a stray cat-collar!  Asked why she had decided to set up a Cookery School, she explained that Catering College had never taught her anything about the love for, or history of, food and she wanted to ensure her students were taught how interesting food can be at every level.

After the official opening Prue said:

“’So good to find a school taking food so seriously and everyone having so much fun in the brilliant new cook school”.

Prue Leith started in catering with Leith’s Good Food, followed by Leith’s Restaurant, which won a Michelin Star, and Leith’s School of Food and Wine. She has been a food columnist and has written 12 cookbooks, her autobiography, Relish and seven novels, the latest of which, is The Prodigal Daughter. She was a judge on the Great British Menu (BBC2) series, My Kitchen Rules UK (Channel 4) and is now a judge on The Great British Bake Off (Channel 4). She is also Patron of the Prue Leith Chef’s Academy in her native South Africa.

Truro School was also honoured to welcome to the opening ceremony Lady Jennifer Bland, Chair and owner of Leiths School of Food and Wine in London.  Whilst addressing the students and guests she expressed her great pleasure at the new association between Leiths and Truro School.

A gathering of restauranteurs, caterers and food producers from within Cornwall broke into applause as Prue Leith struck the Truro School Alumni Dinner Gong three times to declare the Cookery School open.

“It is fantastic that we are able to provide such state of the art facilities, not only for our pupils to learn to cook but for our Sixth Formers to become associated with such a prestigious organisation as Leiths.  We pride ourselves on giving our students the stepping stones to success after they have left school and university and this is just one more way in which we can do that.”

The Cookery School will also be open to the community with regular cookery sessions on Saturday mornings and with the arrival of the “Leiths School of Food and Wine Pop Up Cookery School”, the first of which will be in the autumn half-term holiday. 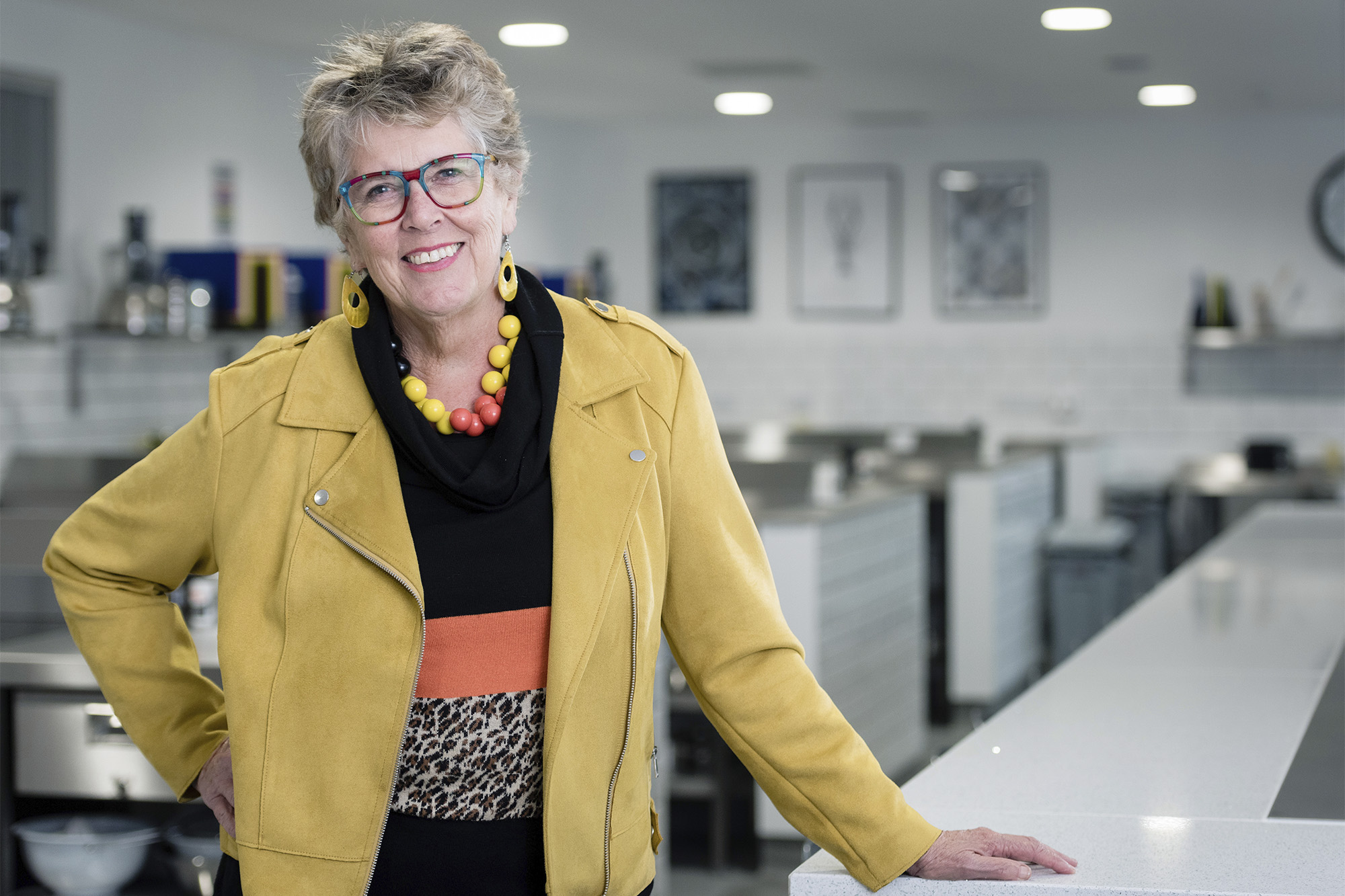 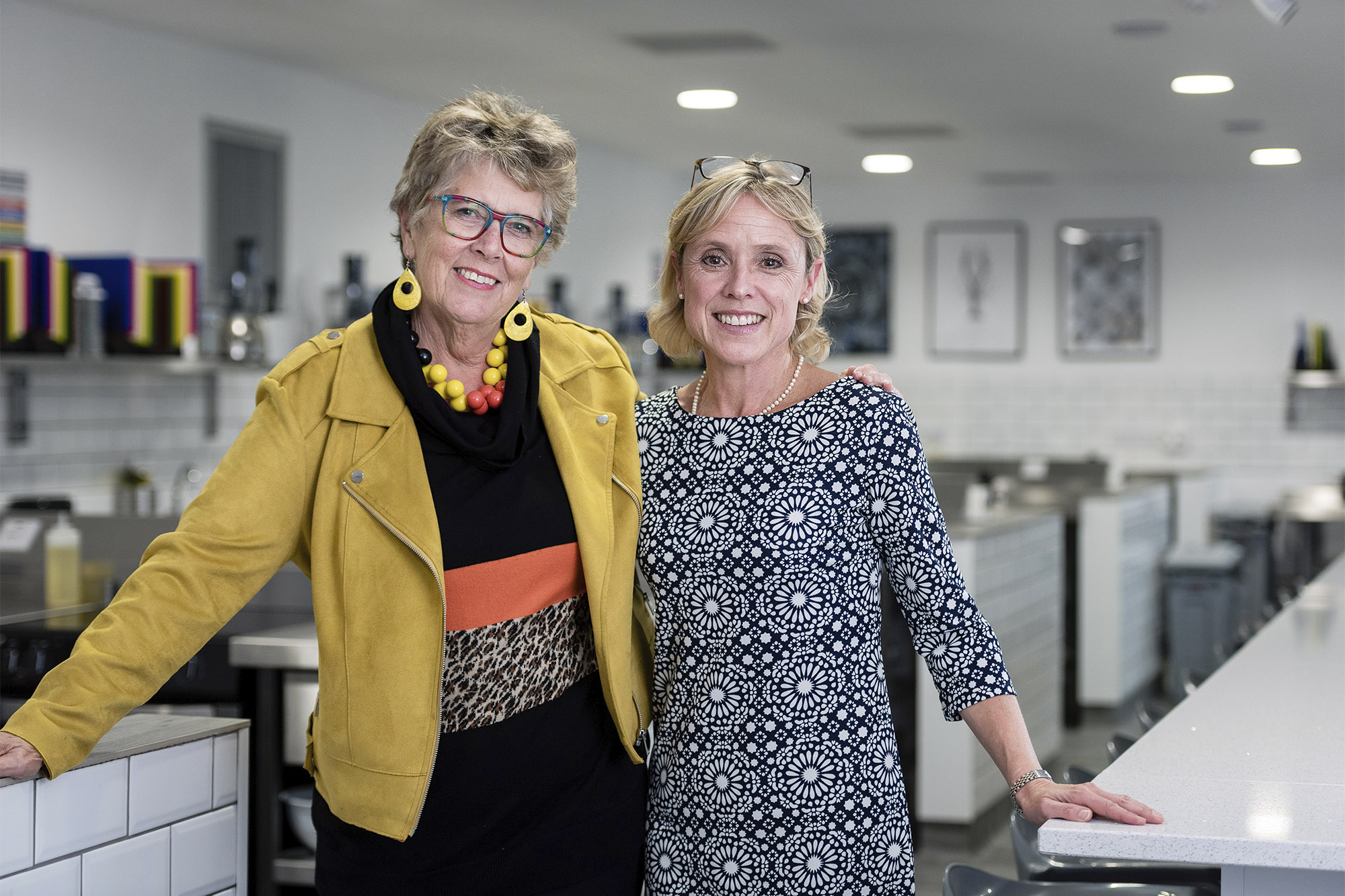 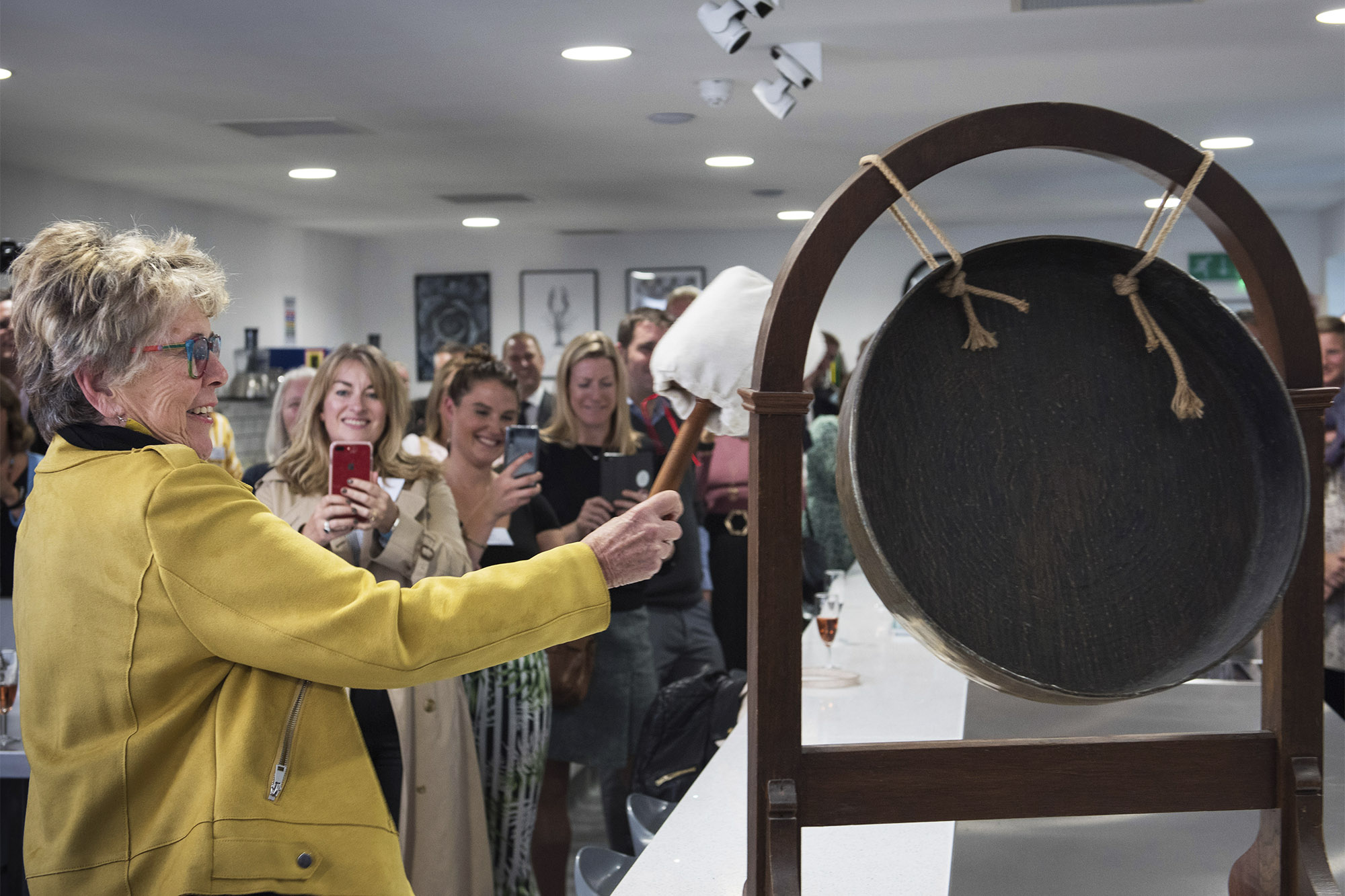 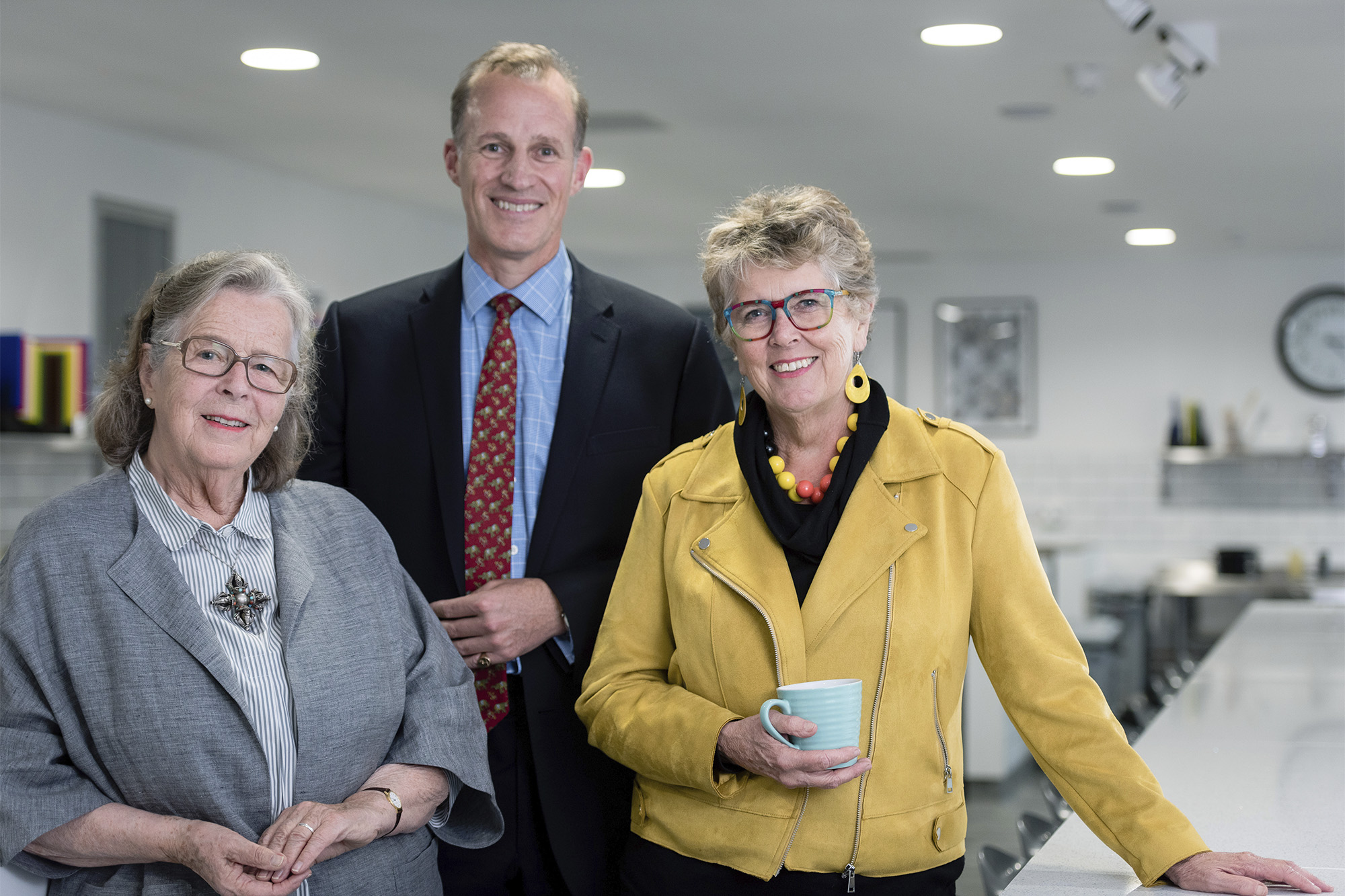 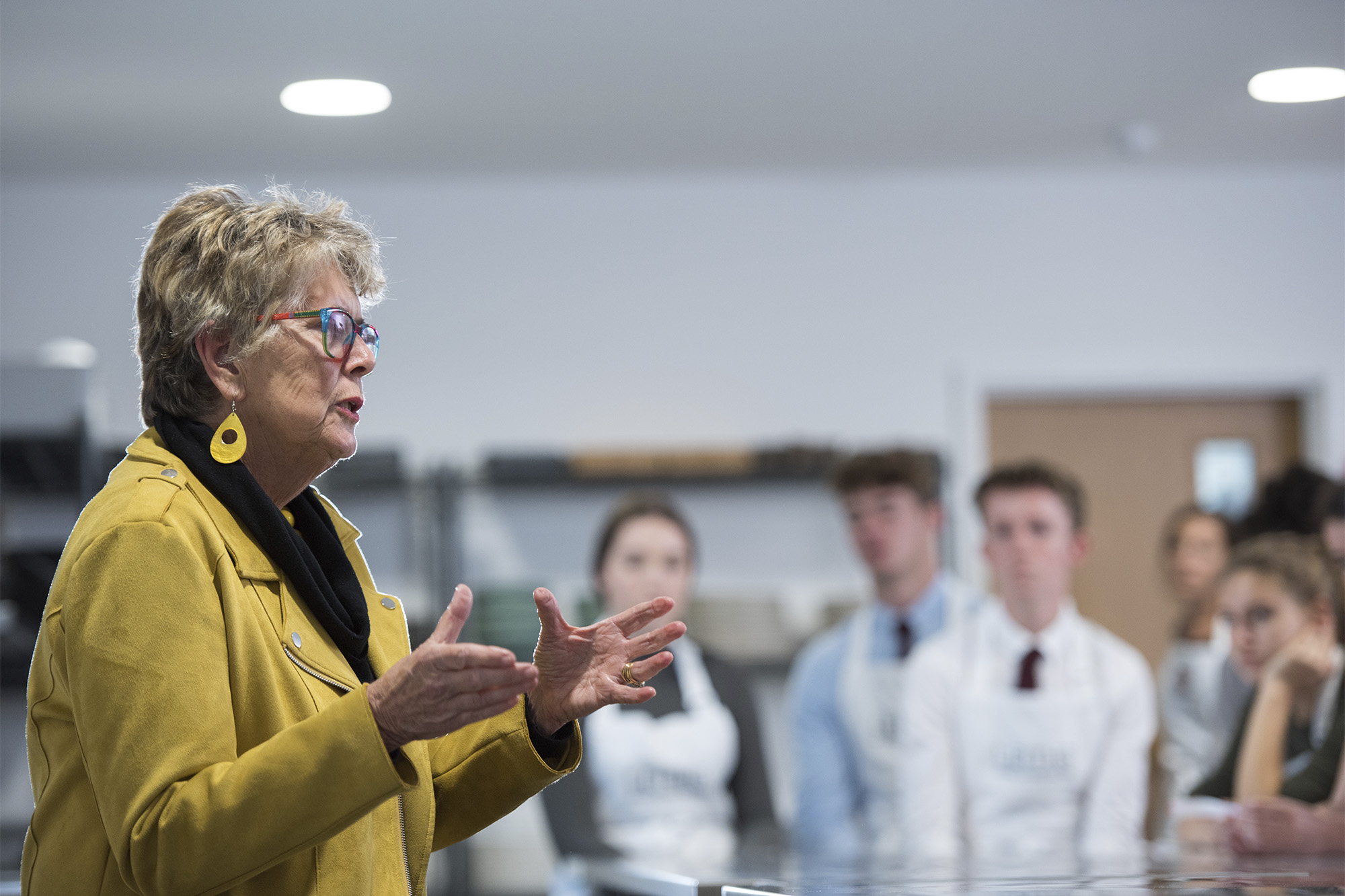 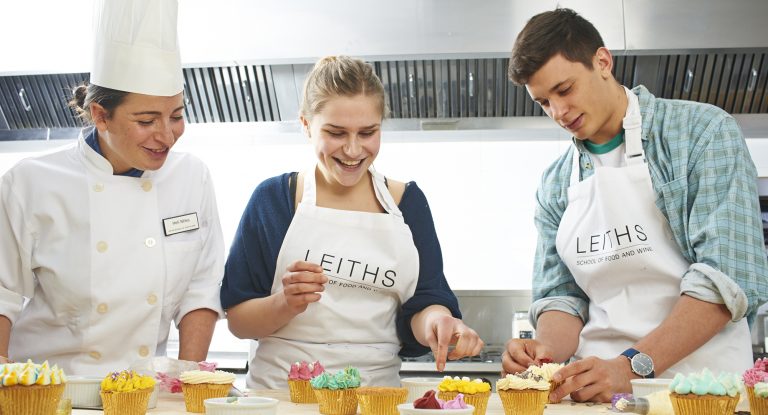 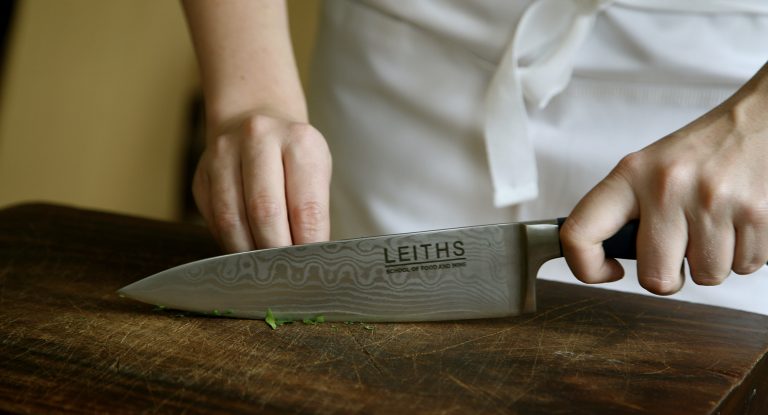 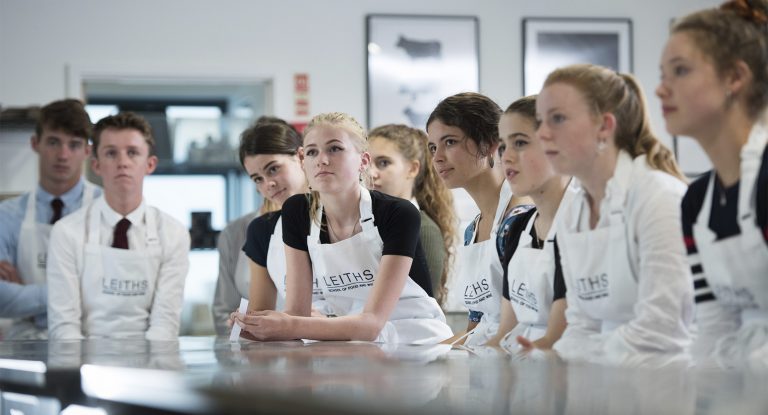