Monty and Harrison travelled to Oxford, for the finals of the prestigious Schools' Debating Competition 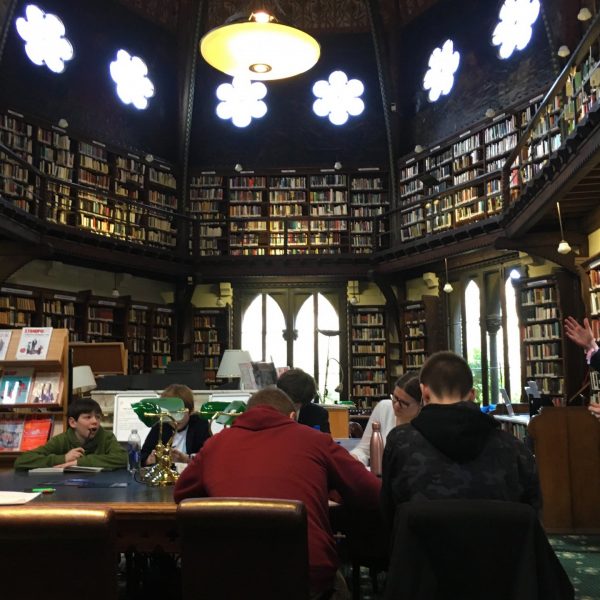 On Saturday, Monty and Harrison travelled to Oxford, for the finals of the prestigious Schools’ Debating Competition, held at the Union. Winning a place at this event is an enormous achievement: 850 teams entered the competition, with over 1600 participants across four continents – we met fantastic teams from Zimbabwe, Malaysia and Canada, as well as competitors from top schools across the UK.

The competition was gruelling: the boys took part in four full British Parliamentary Style debates, taking various positions on the table, and only receiving their motions 10 minutes before the debates began. These debates are rigorous tests of participants’ awareness of current affairs, their quick thinking and confidence to present- all of which Monty and Harrison have in abundance. They debated the following:

This house would legalise the sale and purchase of human organs

The boys impressed the judges on many fronts, and it was great to see them learning and growing from their experience, bringing new skills and tactics to each round. Although we didn’t make the semis, we had a brilliant time watching a lively and impassioned semi-final debate between Eton, Dulwich, St Paul’s Girls and Debate Mate, on the topic of redistributing vacant properties in our cities to those in need of housing.

Monty and Harrison are looking forward to sharing their experience and tips with the Senior Debating Society, and building up plenty of practice, ready for another crack at next year’s competition!