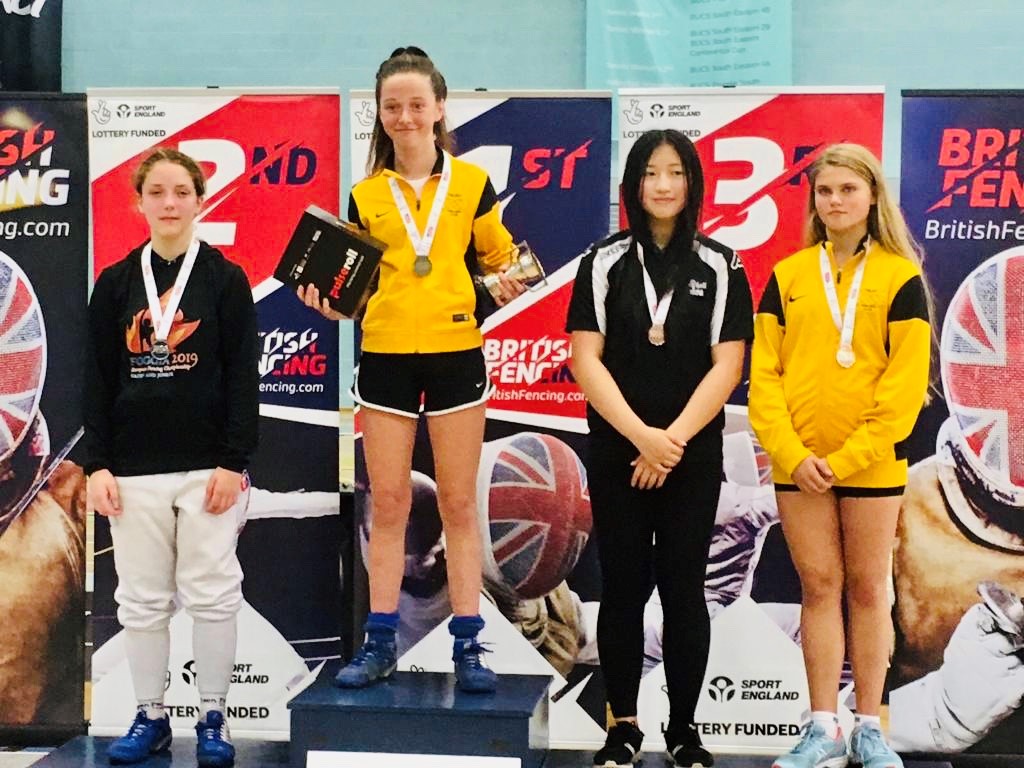 There were some excellent performances from Truro School fencers at the British Cadet and Junior Fencing Championships in London at the weekend, with some especially impressive results from our most promising younger fencers.

In the women’s Cadet Sabre, 14-year-old Lexie C was flying high, battling through the pool stages and into the top 8, where she overcame Truro club-mate Bea, and then another Truro club fencer Melissa in the semis. In the final she took on Manchester’s Bethany B, and established an early lead. Despite a strong comeback from Brierly, the Truro fencer held her nerve and closed out the match to take the GB U17 title! With two more years left in the age group this is a phenomenal result for Lexie. Thirteen year old Aimee W also performed very strongly, breaking through in to the top 16 after a strong win in the L32.

In the boys cadet sabre, there was disappointment for one of our star fencers Darcy H who was forced to withdraw during the L16 stage with a sprained ankle. We look forward to him coming back stronger than ever very soon.

The U20 event on day two saw some more strong showings. Former Truro school pupil Sam B had a rocky start in the men’s sabre, but revived his fortunes with a series of impressive wins to clinch Bronze. Other Truro old boys Luke H and Bertie H placed 5th and 8th.

The younger fencers fought excellently in this older age group with George L, Henry M, Sam C and Roman N making the L32, and Sam H and Max C in the top 64.

Congratulations to all the fencers and the coaching team, and especially to some of our very youngest competitors who put in some very promising performances.