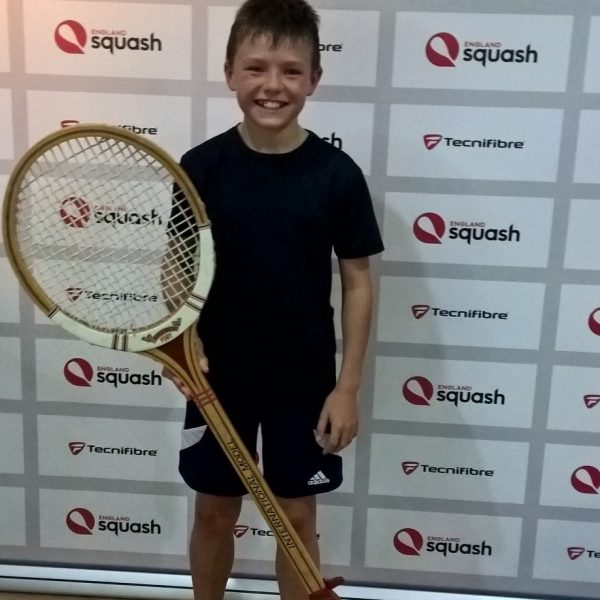 Truro was well represented at this year’s most prestigious and important Squash tournament held at the National Squash Centre in Manchester at the end of October.

Louis Murray and Jack Mahon, both age 11 had established high enough National rankings to be eligible to compete on the big stage and fought tooth and nail to put Truro Squash firmly on the National map along with the other top 48 juniors in their u13 age group in GB.

Louis Murray, fresh off his big win at the Millfield Open the week before, began his campaign first and despite the hindrance of couriers mislaying his preferred Squash kit, battled through to a 33rd place finish and the feeling that there was a little more left in the tank if circumstances had gone his way.

Jack Mahon then went on a role in his part of the draw beating higher ranked opponents on the way through to a clash with the British number one and World number 3 U13 player. Jack fought really hard pushing his older and more experienced opponent but ultimately lost this quality to what proved to be the eventual tournament winner. Jack then won his next two matches, both ferocious affairs, against top 20 players from Scotland and England eventually finishing in 19th position. Quite possibly had he not drawn the Number One player he could have realistically gone even further – an exceptional effort for someone nearly 20 months younger than many of his rivals.

Overall the tournament was a fantastic experience for our Truro pupils and one which they can directly build upon leading up to the English Championships next March where we expect them to make a huge and long lasting impact at the summit of England Junior Squash.

Above: Photo of Jack Mahon posing with a rather oversized Squash racket!