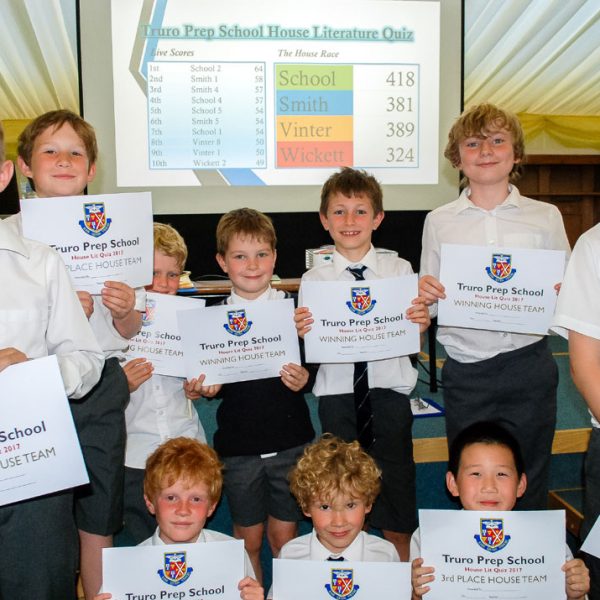 This morning 140 pupils from Years 2 – 6 across the Pre-Prep and Prep battled it out for the House Literature Quiz title.

Teachers and librarians from both the Prep and Senior school devised the questions, which included: “What sort of creature is Esiotrot?”; “In the book by E. Nesbitt, what mythical bird takes four children on magical adventures on a flying carpet?”; “What was Rikki-Tikki-Tavi?”; and “Which nursery rhyme featured a character suffering serious injury requiring urgent medical help from the king’s transport and military officers?”

Eyes were glued to the scoreboard’s twists and turns, with cliff-hanger surprises and a tense climax. The best team on the day was School’s Team 2, closely followed by Smith’s Team 1 Team 4, who managed to edge out School’s Team 4 for third place.  The overall house winners were School with house captain Ollie collecting the trophy to thunderous applause.

Many thanks to all the staff from the Pre-Prep, Prep and Truro School who made this a memorable event.