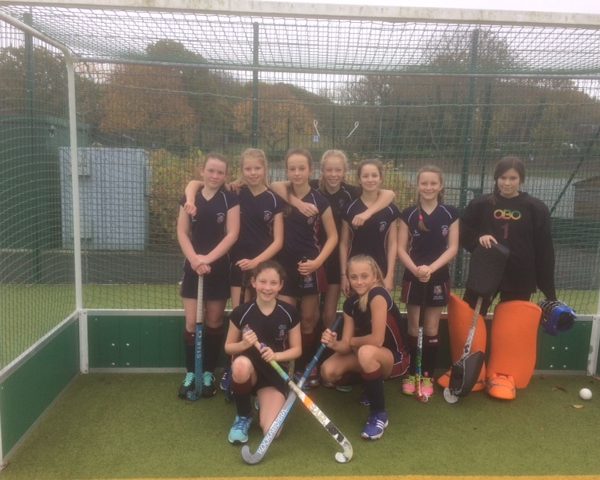 The girls had worked hard training in preparation for this day. They were motivated and determined to put the performance in as a team and come out on top. The day got under way and we started applying pressure to our opposition, we were first to the ball and hungry to win each tackle. Throughout the games we had some lovely passages of play coming straight from the back, up both the left and right channels, we maintained the possession of the ball and waited for the gaps to appear before we moved the ball forward. We came through the group stages on top after not conceding one goal and winning the games quite convincingly with big score lines. We were drawn to Penryn in the semi-final where we had 99% possession of the ball, the girls had chance after chance at goal but couldn’t find the net, and the keeper was pulling out amazing saves as well as our girls hitting the post, cross bar, just anything apart from the goal. Penryn had one lucky break and made sure they put the ball in the goal. It was an extremely unfortunate result for the girls. The girls were extremely passionate about winning the tournament and had high expectations of themselves so being knocked out of the semi-final was something they didn’t deserve or expect. I was gutted for them as I knew how much they wanted to progress, the girls are a talented bunch and they will come back stronger from this defeat.

U13 Girls vs Newquay Tretherras

It was cold, wet and extremely windy and the girls had to play on a 3g pitch, something we haven’t experienced yet this season. The change made us step our performance up, the girls had some lovely passages of play, transferring the ball successfully and we posted up well as the pitch forced us to do this. It was certainly a strong team performance but the score does not reflect how the game went at all as we were in control of the game the entire time.  We did however struggle to put the ball in the back of the net even after having 95% of the possession but we were getting the shots away and winning short corners. The game ended 1-0, but it should have been a lot more, Newquay’s defence played well and the keeper performed exceptional.

With only us and Truro College entered into the County Indoor it was always going to be a hard and fast paced game, playing four 12 minute quarters. We started out strong and powerful, maintaining possession and firing the shots low and hard, after a few minutes the goals started to come. We kept the intensity and pace up throughout all quarters, the boys stayed calm and confident, keeping a steady goal margin throughout the game. Indoor is always an extremely quick game but this game was exceptionally quick, with route one balls being fired in and us scoring goals from deflections, little touches from fast paced balls in the ‘d’ seem to be a winner for us. It was a great team effort with some lovely passages of play moving the ball up and down the pitch but also some fantastic individual skill was shown from our players. The boys deserved to come out on top and did so comfortably with a 9-5 victory!

U13 Girls National Cup vs Surbiton

After being drawn in the last 16 to Surbiton away we had a fair old distance to travel. Going up the day before so the girls had good preparation, with enough time to adjust from travelling and having a good night’s sleep, we were ready and raring to go the next morning. Having got to the pitch we started to get organised and prepared for the game ahead. The girls did a thorough warm up getting their bodies and minds ready for the game. As the game got underway the opposition pressed us and, admittedly, they had very talented players but the team played individually. We stayed focus and as we gained possession of the ball, we played the passing game, we had some lovely passages of play. We were quick on the break and had a number of opportunities to put the ball in the back of the net but didn’t take our chances as well as Surbiton did. The score certainly doesn’t reflect how the game was played as we played as a unit and I was extremely proud of the girls’ performance and attitude towards the opposition and the result.

Photo above: U13 team at Surbiton

Runners Up by Goal Difference

With 7 teams entered with a round robin tournament each game was crucial. In awful weather conditions we prepared with a rather quick warm up and the tournament got under way extremely fast. With only short games due to the amount of teams entered, the games were bound to be extremely fast paced and goals needed to be scored. As a school we decided to go out all attacking and just defend when required. We played some fantastic hockey moving the ball into different channels until a free channel appeared and then applied pressure to the other opposition. The boys played well as a team but also were motivated and determined to beat players using individual skills. Even though we scored a total of 7 goals throughout the day, we had a number of shots on target where opposition goal keepers made some outstanding saves and some of our shots skimmed the frame, we were unlucky not to win each game and put more goals in the net.

The boys put in a great performance in all games and lost out on being crowned County Champions by 1 goal, they were joint on points. The boys will now go onto compete at the Regionals in February. 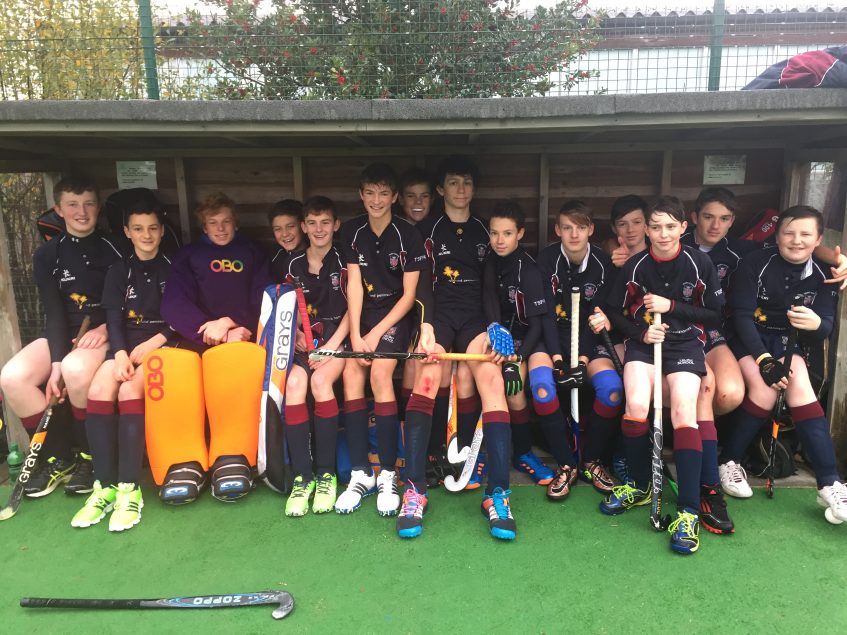 With putting a combined team out against a rather strong Polwhele side we knew this was going to be a tough battle. We fought hard throughout the game and battled for every ball. We had a number of attempts at goal but didn’t finish our chances. I was extremely impressed with the skill and work rate that came from our players, we worked well as a team ensuring the ball was doing the work and not so much us as players, we conserved our energy well. All the play came through one player from Polwhele and he also buried 6 goals against us. Our girls put on a great performance.