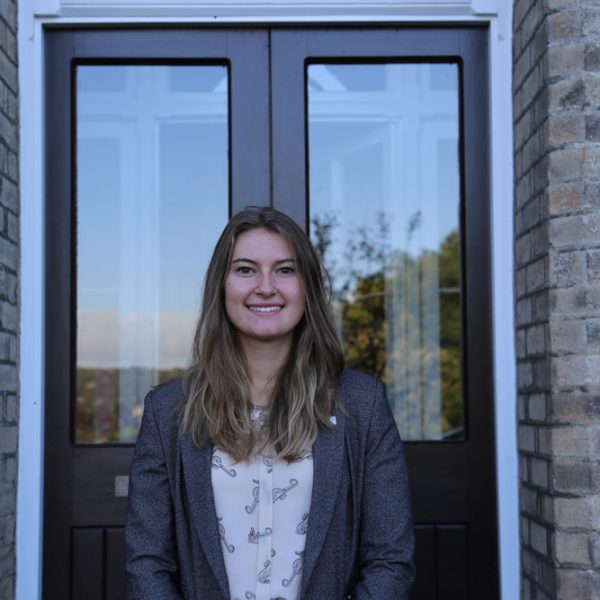 Head Girl, Maria, has been celebrating this term after receiving an unconditional offer to study Mechanical Engineering at Columbia University in the City of New York.

The Ivy league university is currently ranked number 16 in the Times Higher Education World University Rankings and last year had over 30,000 students apply, with just a 6% admission rate*.

Maria, who has also been awarded a Sports Scholarship to continue her Fencing throughout her undergraduate studies, sent off her application in November after sitting her SATs, a standardised university admissions test in the US. However, the rigorous application process began back in January 2016.

“I actually had to take my SATs twice because they had just changed the style of the test when I first took it, so I took it once in the old style and once in the new,” says Maria. “They also looked at all of my school reports from 4th Year onwards and then I had to submit four essays.”

Maria, who is a member of the Truro Fencing Club at Truro School and is competing for Team GB at the European and World Championships this year, says she is looking forward to continuing her fencing at a high level at Columbia, who have won the NCAA Fencing Championships for the past two years.

“Maria is a fantastic ambassador for us at Truro School. She works exceptionally hard academically which has paid off in her successful application into such a prestigious university. She is also hugely committed to her co-curricular activities going that extra mile in getting her fencing scholarship. She is a well-rounded individual and a fantastic role model and I wish her every success in her future studies at Columbia University.” says Headmaster, Andrew Gordon-Brown.

Overseas University Advisor at Truro School, Lucy Jupp, has been guiding Maria through the application process and says she has done “extremely well” to get into such a prestigious university.

Lucy, who is in her third cycle of Overseas University applications at Truro School, has a rigorous process in place for assisting students in making the right decision for their future, and also helped Maria’s sister Yvonne chart secure a place at Northwestern University, Illinois in 2015.

“Mrs. Jupp has been really helpful, she has this massive handbook for people interested in going to university in America with all the information on SATs. She has reminded me of deadlines the whole way through the process and made sure I’ve had help whenever I’ve needed it,” says Maria.

The US universities application process run by Lucy Jupp, begins in the January of Lower Sixth and offers students multiple opportunities to see what’s on offer for them in terms of international study abroad. The process includes an information evening for parents and pupils, with a visiting guest speaker, which this year was from the Savannah College of Art and Design, one of the world’s leading art and design universities, who flew their representative over specifically to visit Truro School.

With more and more students gaining an interest in applying for an overseas education after school, Lucy says it is become increasingly important to get that international perspective on your CV.

“If you are a student and can show that you have the ability to assimilate yourself into another culture and country by yourself at the age of 18 then that shows grit and determination and if you can bring a qualification alongside that, it makes you incredibly employable,” says Lucy.