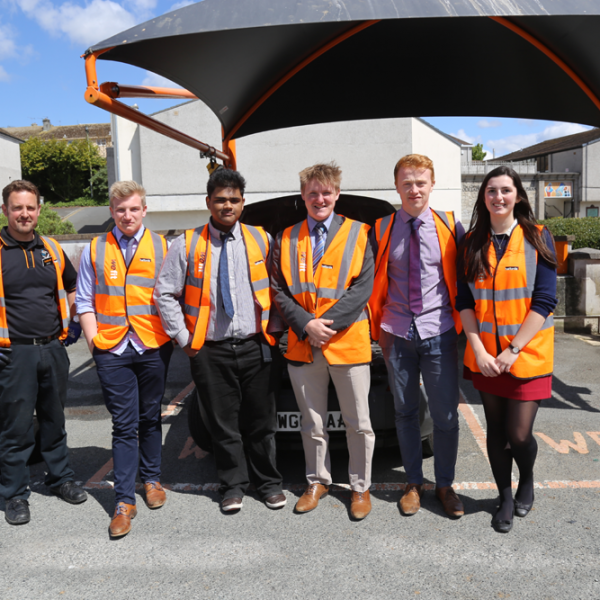 Our Upper Sixth students have recently been taking part in a series of practical life skill lessons as they come towards the end of their time at school.

From looking under the bonnet in a car maintenance workshop to basic first aid skills, students have been taking part in a number of tailored sessions on how to look after themselves and become more self-sufficient.

With exam season well under way, many students in the class of 2017 are preparing themselves to leave home in just a few months, whether it be for university, a job, an apprenticeship or travelling on a gap year.

Co-head of Sixth Form, Lucy Jupp, recently introduced a ‘Practical Life Skills Carousel’ for the Upper Sixth students to help them learn how to look after themselves once they flee the nest. She said:

“They get so much support in school from classroom teachers and pastoral teams. It’s really important that when students leave school and they may not have that robust support, they know how to look after themselves and how to handle themselves.”

“The most recent practical life skills carousel was really refreshing. After our whole exam and academic career focussed sessions, it was good to have more sessions focussed on the real world outside of school.”

With exam season being a highly stressful time for Sixth Form students, one session included a visit from Health and Wellbeing charity Brook, looking at anxiety, mental wellbeing and the importance of having downtime.

“The self-defence session was really good, we learnt different techniques on how and when you might need to defend yourself, everyone really enjoyed it.”

With this being the first year that the practical life skills sessions have been introduced to the Upper Sixth Form students at Truro School, Mrs Jupp was delighted with the response from students. She said:

“We’ve had really good feedback. They all enjoyed it because it was just something really different. Whilst they’re all really focussed on exams right now, they enjoyed having a 50 minute period where they could do something different in a fun environment.”

“For our students, especially down in Cornwall, it’s such a safe and inclusive place. In the Sixth Form we seek to prepare students to go off to big cities, possibly even abroad, or into the workplace. They need to know how to look after themselves and to have that resilience for the future.”