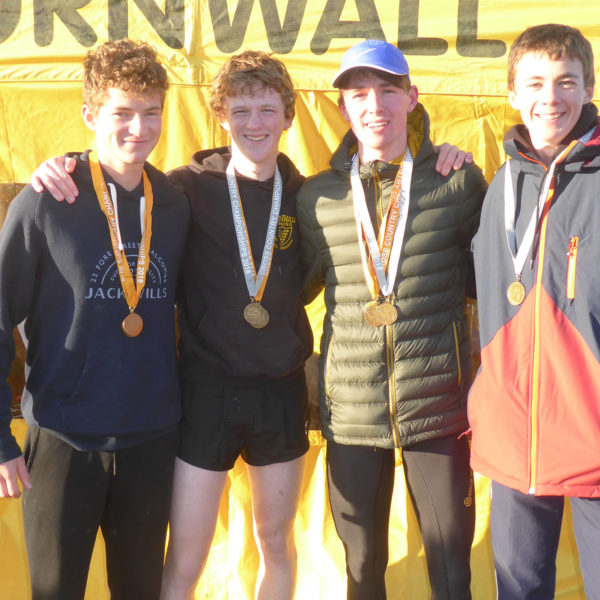 On Sunday, Finn, Harris, Alexander, Benjy, and Isaac travelled to Yeovil Country Park to run for Cornwall in the South-West Inter-County and Inter-Club Cross Country Championships.

Months of dedicated winter training is now starting to pay off as they produced a fantastic set of results, with four top-seven finishes against high quality regional opposition, on a very challenging course.

Under 15 Boys (4.3km)
Benjy continued his fine form this season with his best-ever regional result, finishing 7th out of 76. As second scoring runner he also collected silver with the Cornwall team. Isaac, a year young in this race, also ran very well.

Under 17 Boys (5.6km)
Performance of the day went to Finn, who led from start to finish to record a great win and take the South-West title. Harris is currently well short of race fitness because he is coming back from injury, but he still produced a very good performance to come in 4th out of 48 runners. Alexander also has his best-ever result in this competition, finishing in 7th place as he continues to improve. All three were scoring runners for the victorious Cornwall team and they also won medals with their club teams (Harris, Gold; Finn and Alexander, Silver).
Congratulations go to Finn; as regional champion, he has been selected to represent the South-West at the Virgin London Mini-Marathon in April. Given their results, there is a chance that Harris, Alexander and Benjy may also be selected for this prestigious event.

This has been an excellent start to the second half of the season by the school cross country runners. They now look forward to running in the National Inter-Counties Championships in March at Loughborough but their next race will be Cornwall Schools’ Cross Country Championships at Newquay in two weeks time. 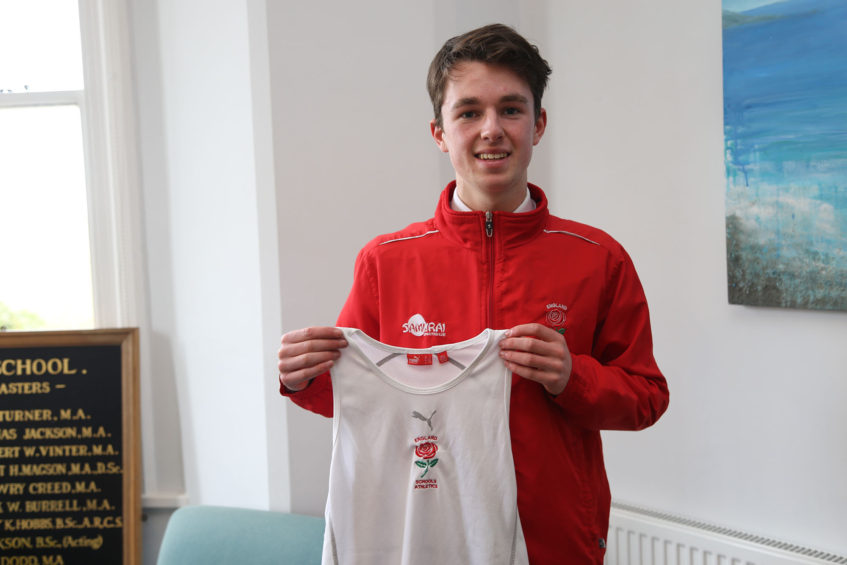