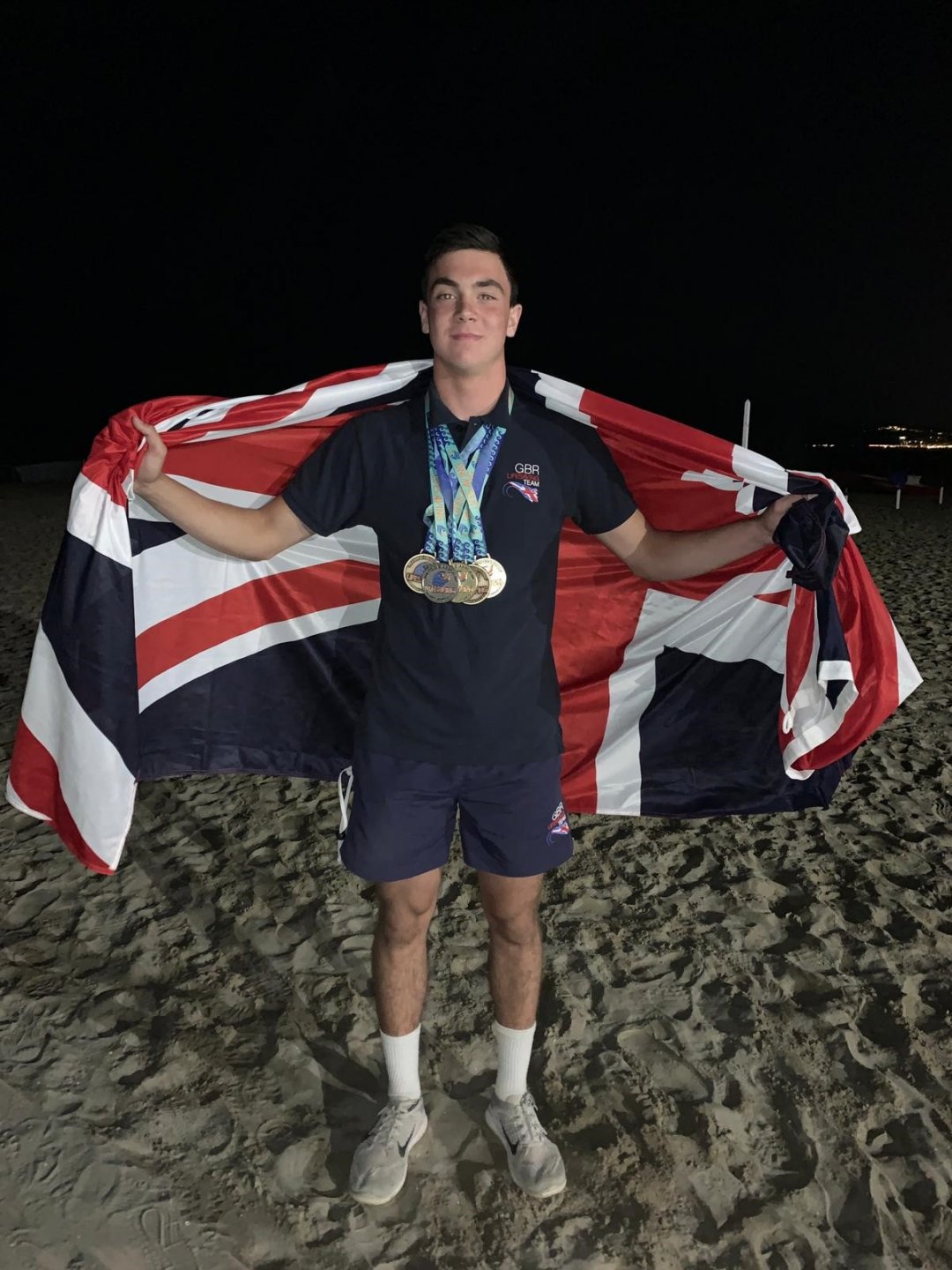 Eddie Pearce, a Sixth Form student, was selected to race for Great Britain in the European Life Saving Championships in Riccione, Italy at the end of last month where he represented the Youth Boys’ Team consisting of six boys Under 19. The whole GB team was made up of 24, with six open men, six open women, six youth men, and six youth women.

The main events consisted of ‘Beach Flags and Beach Sprints’, along with ‘Tube Rescue’, ‘Boys’ Taplin Relay’, and ‘Mixed Taplin Relay’, in which Eddie was all involved.

In the Boys’ Taplin Relay (consisting of a sea swim, board, ski, and run) they finished first and became European Champions.

In the Mixed Taplin Relay (two boys and two girls) they continued their conquest and also finished first as a team, and became European Champions.

To top it off, Eddie finished third place in the Tube Rescue in a team of four.

At the ocean and beach competition, there were 26 countries racing from the entirety of Europe.

Beach Sprints was the first event, and Eddie got through the heats and semis and finished in the final in third place.

Beach Flags is Eddie’s speciality and his favourite event to partake in. The idea behind it is that there is one less flag than the people racing, and when the announcer calls heads down and go, the competitors get up and turn around and run the dive to get a flag. The one to not reach a flag is out.

Eddie got through the heats and in to the last 16 which is the final. The final was in front of the stands and a huge crowd, and had an amazing atmosphere as Eddie recalls. It took two and a half hours for 16 fierce competitors to dwindle to two remaining competitors, one of which was Eddie. He just missed out on the gold medal but finished in a very respectable second place, claiming the silver medal.

Eddie said: “I dedicated a lot of time and effort in to achieving these results for myself and the team, so I was extremely happy. It was one of the best things I’ve ever done, and hopefully I will get selected by GBR again for the world championships next year.”

To round off these incredible achievements, the GBR Youth Team were crowned ‘Kings of the Beach’ after racking up the most points over all in the ocean and beach competition.

For more information on the GB Surf Lifesaving visit their website. 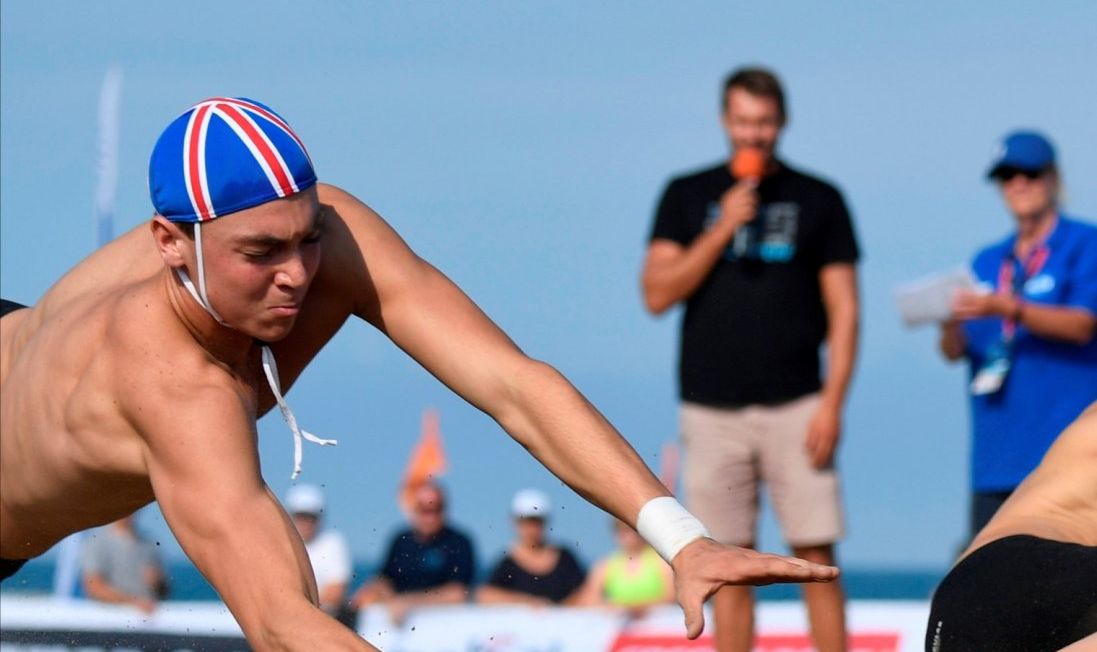 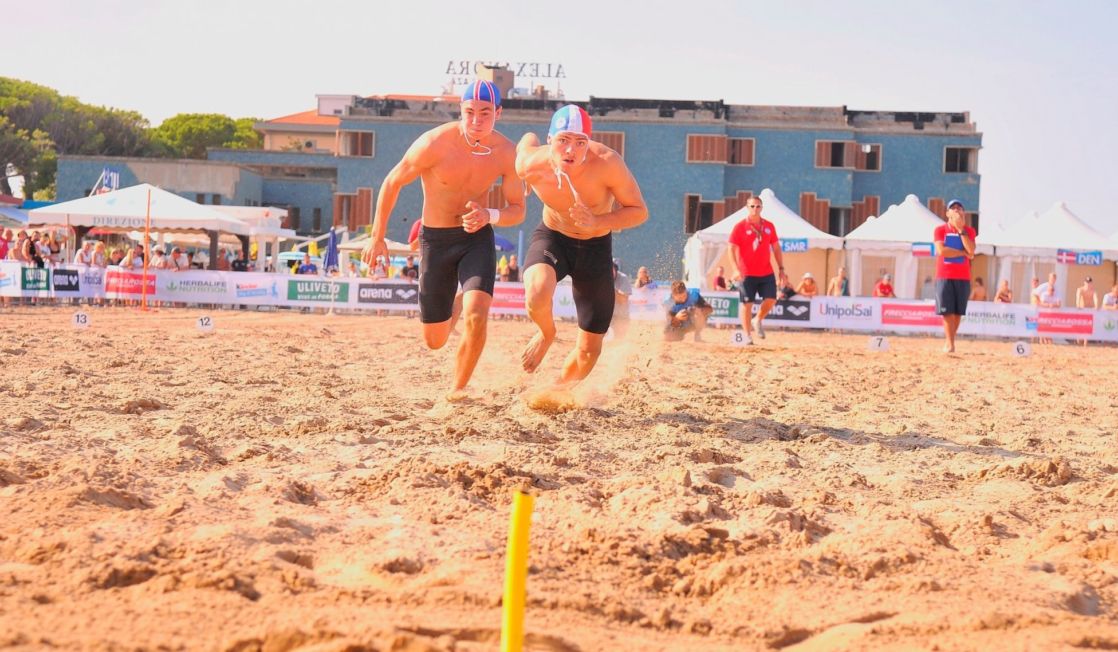